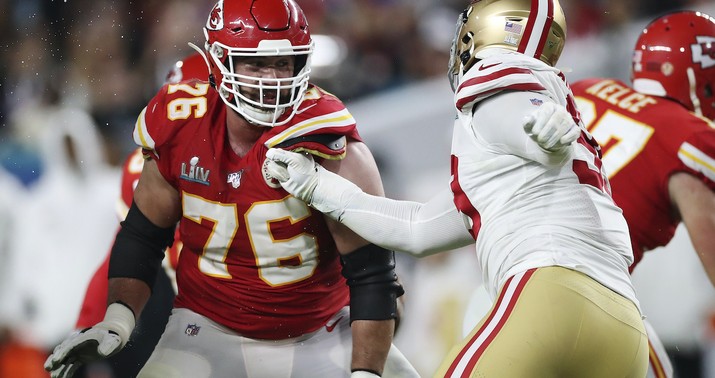 This isn’t the first time a professional sports league has told us something meaningful about SARS-CoV-2. Remember that MLB launched a massive testing regimen of players, staff, and execs last spring, long before the season resumed, to try to get a sense of how prevalent the virus was among personnel. At the time theories were kicking around in certain epidemiological quarters that the virus had spread much further throughout the population than scientists knew and that we were closer to herd immunity than anyone expected. What would we find from MLB’s not quite representative but pretty darned representative sample of Americans?

One percent. One percent of people tested at the time had the virus. The dreams of near-term herd immunity went up in smoke. And now here we are, 400,000 deaths later.

Pro sports leagues are oddly useful case studies in a pandemic because they’ve got a strong financial motivation to keep every player on the field and the big bucks in the bank to study the problem of contagion closely. The NFL had an especially daunting challenge when the season began because their rosters are much bigger than those carried by teams in other sports. How do you prevent outbreaks when dozens of players and staff need to spend time in close quarters for months on end?

They did it the old-fashioned way, it turns out: Frequent testing, aggressive contact-tracing of everyone who tested positive, and strict rules about quarantining those who’d been in contact with an infected person. Contact-tracing, which the U.S. and many other countries have neglected since the start of the pandemic, ended up being key to an important epidemiological insight the league gained from its protocols. Namely, the scientific guideline that it takes 15 minutes of close contact within six feet for the virus to hop from an infected person to an uninfected one is, frankly, crap. By tracing contacts, the NFL discovered that SARS-CoV-2 is a lot more contagious than that.

It also wasn’t simply time. It was distance, too. The virus, in some instances, traveled farther than six feet—especially in small, poorly ventilated areas. And masks, more than the duration of contact, seemed to matter a lot…

“It goes back to those four basic things we talked about in the paper with cumulative time, distance, ventilation and masks. If you think about those four factors as being four different quadrants, if you’re failing in two or more of those, then that’s going to become a high risk for a transmission,” [NFL chief medical officer Dr. Allen] Sills said. “I always talked about the big three, which was: meeting, eating and greeting.”

Time, distance, ventilation, and masks. Where does that leave us with indoor dining, where people congregate in an enclosed space in close-ish quarters with their masks off for an hour or more while they eat?

The NFL managed to stamp out outbreaks early by forcing anyone who’d been in close contact with an infected person to isolate for five days and be tested daily, even if that close contact didn’t last 15 minutes and wasn’t strictly within six feet. In order to enforce a rule like that effectively, you need thorough contact-tracing to figure out who all of the exposed people are. And man, they were not messing around:

They look at the background of every positive case – what position group is the player in, who else has been positive, has there been a virus signal inside the facility before the positive test. Contact tracing teams are formed and, along with an infectious disease expert and a team’s infection control officer — every team has had one this season, often the head athletic trainer — they look at the team’s schedule, whether they were traveling, what their itineraries were, what their hotel blocks looked like, who rode on which bus. They look at the data from Kinexon devices that every person must wear inside the facility and during games, that track who was near an infected person and for how long. They look at practice footage and security video to see who spent time together, and how close they were and whether masks were worn. And they do interviews — of the person who tested positive and also people they were most in contact with. To do all the tracing and write the report for Sills’ review that identifies who were high-risk close contacts and who might merit continued monitoring can take a few hours or a full day, depending on the circumstances. If a player tested positive on a game day, there is much more contact to be traced. If players were not in the building, as most are not on Mondays and Tuesdays, there is less contact and the tracing goes more quickly. If there are multiple positives on a team on the same day, the tracing is likely to take all day.

Only by running down contacts can you form an educated guess about how someone was infected, and only by interviewing those people might you gain the essential insight that the virus spreads more easily than even doctors assumed. “Test, trace, & isolate isn’t just a mitigation tool. It’s a *learning tool,*” says Derek Thompson of The Atlantic, correctly. The NFL’s conclusions have proved so important to epidemiologists that the CDC co-published the paper authored by the league’s medical experts about their findings and believes that the lessons should be applied to other institutions “such as long-term care facilities, schools, and high-density environments.”

The problem with following that approach for U.S. society generally, of course, is that we long ago passed the threshold of cases where contact-tracing could be used to reliably determine every close contact of every infected person. Maybe there’s some point in the distant future (next year?) where cases will fall to a level low enough that a useful contact-tracing effort could be mounted. If we vaccinate the hell out of the population and reach a daily count in August of, say, 10,000 cases, maybe Biden’s CDC and state health departments could have something in place to try to get on top of small outbreaks before they turn into big ones as summer turns to fall. The story of the pandemic to date has been the U.S. acting a bit too late on everything — travel bans, testing, lockdowns, outfitting schools — to avert a calamity that could otherwise have been meaningfully mitigated. Getting cracking on contact-tracing for the fall is worth doing right now.

World Economic Forum Says ‘Lockdowns Are Quietly Improving Cities Around the World,’ What They Want Next Is Scary