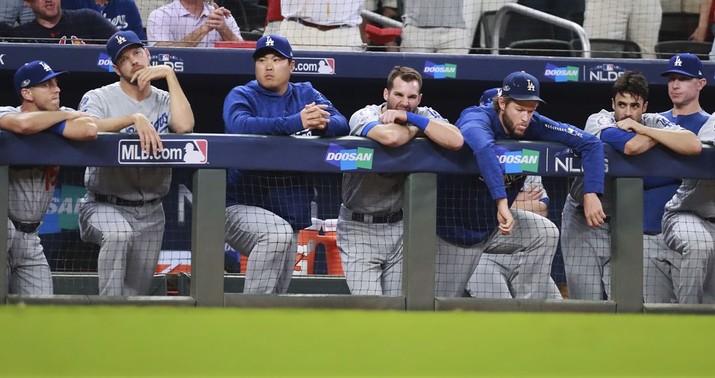 Yesterday was a day for good news. Today is different.

I wrote about this study nearly a month ago, when it was still in progress and we didn’t have antibody data from anywhere yet. Stanford professor Jay Bhattacharya had a theory that the true number of Americans infected with COVID-19 might be many, many times higher than the number being captured in the daily count of confirmed cases. That theory was certainly correct, especially at the beginning of the epidemic when U.S. testing was scarcely happening. But how correct? Were there 10 times as many undetected infections as confirmed ones or more like a thousand times as many? Bhattacharya had the same intuition as the modelers at Oxford University, that in reality the disease might be much more infectious — and therefore much less deadly on average — than scientists suspected. And it was important to know that ASAP before we took any further economy-destroying measures to contain it.

He and a co-author published an op-ed on March 24 laying out their case. What if the number of actual infections were orders of magnitude larger than the number of confirmed infections?

In Iceland, deCode Genetics is working with the government to perform widespread testing. In a sample of nearly 2,000 entirely asymptomatic people, researchers estimated disease prevalence of just over 1%. Iceland’s first case was reported on Feb. 28, weeks behind the U.S. It’s plausible that the proportion of the U.S. population that has been infected is double, triple or even 10 times as high as the estimates from Iceland. That also implies a dramatically lower fatality rate…

The epidemic started in China sometime in November or December. The first confirmed U.S. cases included a person who traveled from Wuhan on Jan. 15, and it is likely that the virus entered before that: Tens of thousands of people traveled from Wuhan to the U.S. in December. Existing evidence suggests that the virus is highly transmissible and that the number of infections doubles roughly every three days. An epidemic seed on Jan. 1 implies that by March 9 about six million people in the U.S. would have been infected. As of March 23, according to the Centers for Disease Control and Prevention, there were 499 Covid-19 deaths in the U.S. If our surmise of six million cases is accurate, that’s a mortality rate of 0.01%, assuming a two week lag between infection and death. This is one-tenth of the flu mortality rate of 0.1%. Such a low death rate would be cause for optimism.

He got together with Major League Baseball and the head of a sports medicine lab who had lots of antibody tests stockpiled and arranged an experiment. Test kits would be sent to thousands of MLB employees — not just players but workers up and down the hierarchy, “including owners, front-office executives, scouts, stadium ushers, hot-dog vendors,” you name it. Granted, that wouldn’t be a perfectly representative sample of the U.S. For one thing, everyone tested would have a job by definition. More importantly, nearly the entire sample (95 percent) consisted of people under the age of 65, and few with underlying health problems. Still, this would be one of the first true national tests of prevalence of coronavirus. Until now we had localized antibody studies (New York City, Santa Clara County) and pinpoint studies (pregnant women at a particular hospital in NYC, people at a homeless shelter in Boston) but not national studies. This would be our first glimpse at whether the Oxford model was right and the U.S. was much closer to herd immunity — and the end of the epidemic — than everyone thought. Might we see prevalence of 25 percent here? Or 35 percent? Maybe higher, if we were really lucky.

The results are finally in. Prevalence: Approximately one percent. Bhattacharya’s suspicion that the true number of cases exceeds the number of confirmed cases by “orders of magnitude” is snuffed.

Sixty of the 5,754 people in a study of the Major League Baseball employee population tested positive for coronavirus antibodies, a rate lower than what similar studies run in California found, the studies’ authors said Sunday.

“I was expecting a larger number,” said Dr. Jay Bhattacharya, a professor of medicine at Stanford University, which ran the study. “It shows the value of doing the science as opposed to guessing.”

The results of the study, which was held in mid-April, revealed a prevalence of COVID-19 antibodies in the MLB employee population of 0.7% — a number adjusted to reflect testing accuracy. The survey showed that about 70% of those who tested positive for COVID-19 antibodies had been asymptomatic…

“It’s very clear,” Bhattacharya said, “that the epidemic is still in the early stages throughout the country.”

Again, this isn’t a representative national sample. ESPN notes that 60 percent of participants were white and 80 percent were men, and some of the people involved who have white-collar jobs would be more shielded from exposure than the average working-class American who can’t work from home. There’s also this weird quirk: “Study participants took pictures of their results and sent them in along with the survey. Poor image quality and file problems made 136 of the results unverifiable. Those 136 were classified as negative results, according to the study.” Given that the total number of confirmed positives was just 60 people, it seems kind of important to verify what those uncertain 136 were.

But as things stand, the “adjusted prevalence” detected by the study has a range of 0.28 percent to 1.15 percent Americans nationwide who’ve been infected by COVID-19. We can safely say that the true number is larger than that lower bound. If NYC’s antibody testing is correct then 20 percent of city residents have been infected, a total of 1.68 million people. That would amount to around 0.5 percent of the total U.S. population all by itself. Assuming the upper bound of Bhattacharya’s range is correct, though, it would mean only the tiniest fraction of Americans outside New York has been infected thus far — around 2.1 million out of 320 million or so.

It would also mean that the true number of infections across the U.S. isn’t “orders of magnitude” larger than the number of confirmed cases. It’s about three times as large. There have been 1.3 million cases confirmed by testing; assuming a prevalence of 1.15 percent nationally, 3.8 million Americans have been infected. That’s a ratio of about two unconfirmed infections to one confirmed infection, which is in line with the result from Bhattacharya’s study that 70 percent or so of people who tested positive had had no symptoms. That’s the one silver lining in this study, that asymptomatic infections appear to greatly outnumber symptomatic ones. But then, we already had a pretty good idea of that. In fact, the data from some U.S. prisons have suggested that asymptomatics could outnumber symptomatics by something like 25 to one. The ratio in Bhattacharya’s study is far more modest than that.

What’s most concerning about these new numbers is the death rate. There have been 74,000 deaths so far; if those deaths came from a population of just 3.8 million infections, that would mean an infection fatality rate of roughly two percent. That’s a big number, 20 times deadlier than the flu and 200 times higher than Bhattacharya’s most optimistic estimate in the March 24 op-ed. If that rate were to hold as the U.S. slowly made it’s way to herd immunity (e.g., 60 percent infected), we’d be looking at somewhere on the order of four million dead. It’s safe to say at this point that the Oxford model hasn’t panned out. Long way to go with this epidemic, as the man himself said in the excerpt above.

“Wait. I can catch Covid twice?”

Turley: This is basically business as usual.

'People are getting fed up': 'Masked antifa in Portland opened a black man’s car door' and it was a REALLY bad idea [video]

McCloskeys Turn Down Offers For Free Rifles. Here’s What They Should Do Instead.

Another Chicago weekend of violence: 64 shot and 13 killed

Not quite so fast there, pal…

Unthinkable: Could Ghislaine Maxwell get bail?

Plus: Guess where police will have to make cuts?

Alabama Five Guys workers refuse to serve cops. Now they don’t have to serve anyone

Thanks for the tip!

Today’s guessing game: What will the new Washington Redskins name be?

Maybe the Lady As?

“…they either need to shoplift some bread or go hungry that night.”

Mulvaney: COVID-19 testing levels, delays “inexcusable at this point in the pandemic”

“Treat the cause of our economic illness, not just the symptoms.”