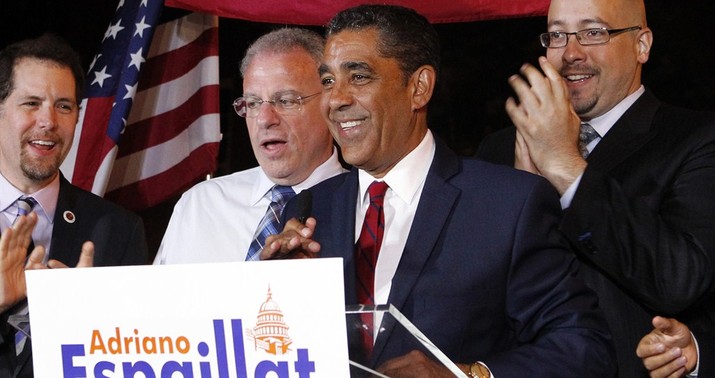 Lotta buzz online about this but it’s a story that “feels” newsy more than it is newsy. Instinctively we all formulate the vaccine process this way: “First dose + second dose = no more worries.” And that’s basically true, but not quite true.

I received the second dose of the #COVID19vaccine last week and understand the affects take time. I have continued to be tested regularly, wear my mask and follow the recommended guidelines.

A vaccine that’s 95 percent effective isn’t 100 percent effective, by definition. And the fact that a vaccine is 95 percent doesn’t necessarily mean that only one in every 20 people who get their shots and then encounter the virus in the wild should test positive. It’s not calculated that way. It’s based on relative risk: Pfizer gave half of its trial group the vaccine and half a placebo and then compared the percentage in each group that got infected. That’s where the 95 percent figure comes from.

In any case, the acid test of the vaccine is whether it prevents severe illness in those who’ve received it. And it’s doing that for Espaillat, it seems, as he has no symptoms at last check. He’s in a bunch of demographic groups that face extra risk too — male, Latino, older (66). If he skates through this with a totally asymptomatic case, that’s a win.

Besides, as he notes in his tweets, 95 percent immunity takes time to reach even after the second shot — seven days at least in the case of Pfizer’s product, which is what Espaillat received. Maybe he hadn’t reached the 95 percent threshold yet. Possibly he was infected before the second dose was administered, with the virus incubating to some extent even as his system was beginning to build up added immunity from the second shot.

When he got infected is an interesting question given the outbreak in the House this week. Espaillat is the seventh member to test positive in the last eight days following Jake LaTurner, Michelle Steel, Chuck Fleischmann, Bonnie Watson Coleman, Pramila Jayapal, and Brad Schneider. LaTurner tested positive on the evening of January 6, so he didn’t pick up the virus amid the chaos at the Capitol that day. But the others may have, especially after some Republicans refused to wear face masks while huddled together with others in a secure location waiting for the cavalry to come.

Espaillat blamed Republicans a few days ago, before his own diagnosis:

It's shameful that in the midst of last week's acts of terror & insurrection many @HouseGOP members refused to wear masks to protect their colleagues & staffers.

I'm wishing for both of your full and speedy recoveries, @RepJayapal & @RepBonnie. This should NEVER have happened. https://t.co/SkyFKttZWX

Coleman and Jayapal have also lambasted their GOP colleagues for putting them at risk by refusing to cover up, which is fair enough, but it’s possible that none of them were infected while sheltering together. Rioters must have brought plenty of ‘rona into the building themselves that day. Lotta terrorist germs in the air when members and staff reentered the building that night, no doubt.

There’s good news today amid the bad news about Espaillat. Remember Joe Biden’s unlikely goal of 100 million vaccinations in his first 100 days? We may reach that pace before he even takes office:

The lagging effort to vaccinate the U.S. population against COVID-19 is finally picking up speed, raising hopes that a growing number of Americans can soon be inoculated.

The Centers for Disease Control and Prevention on Wednesday reported that more than 951,000 doses of the vaccine had been administered to people around the country. That is by far the fastest daily pace of vaccinations since the rollout started a month ago and a big jump from the previous day, when just under 340,000 doses were given.

That’s via Philip Klein, who notes that America isn’t doing badly on vaccinations *relative* to other countries even if it’s doing pretty badly in the abstract. Consult this map. Israel is the gold standard, with 23 percent of the population having already received doses, but the U.S. is among the best so far among major nations with three percent immunized. One million doses per day is a good start, although insufficient long-term when you remember that we’ll need something like 500 million doses to reach herd immunity. Two million would be better.

I’ll leave you with one more piece of good news, this time from Scott Gottlieb. The much-awaited Johnson & Johnson one-shot vaccine is coming and the early data looks very good. Few things would ease the logistical nightmare of getting 300 million or so people vaccinated expeditiously than if we could cut the needed doses from two to one. Stay tuned…

"The mRNA vaccines do seem to demonstrate that they elicit some T-cell response, but the viral vector vaccine may do it as well and may do it in a more robust fashion," says @ScottGottliebMD. pic.twitter.com/w5EJX0Aepe