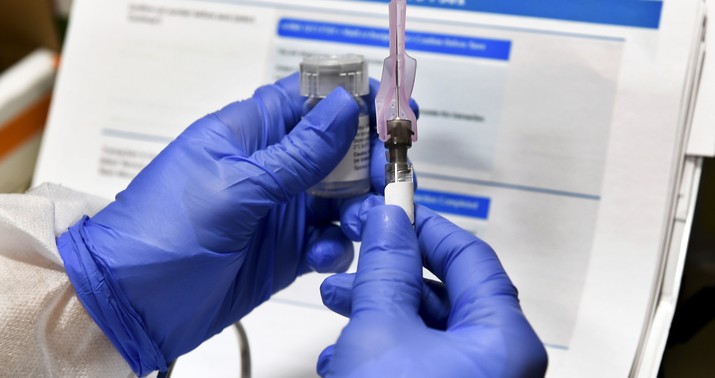 The arrival of Pfizer’s vaccine brings the dawn of the post-pandemic era and a well-deserved victory lap on today’s Sunday shows by the feds who helped make it happen. The lead guest: FDA chief Stephen Hahn, who’ll chat with “This Week” and “State of the Union” about the record speed with which the vaccine was developed and approved and why Americans should get the jab as soon as they’re eligible. His boss, HHS director Alex Azar, will address the same topics with “Face the Nation” while the head of Operation Warp Speed, Moncef Slaoui, tackles them with “Fox News Sunday.” NIH director Francis Collins is also booked for “Meet the Press” to convince viewers that the vaccine is safe and effective. Looming questions for each: How likely are we to face a shortage in the near term as Pfizer and the next company to gain approval, Moderna, ramp up production? And why are we reserving half of the initial supply to make sure recipients can get fully vaccinated instead of distributing all of it to make sure that a much larger group can get partially vaccinated?

Another guest worth watching is Rick Gates, senior VP of Walgreens. His is the sort of business where most of us will finally intersect with the vaccine, which makes Walgreens’s logistical planning of special importance. When will its pharmacies begin dosing out shots? Will they adhere to the feds’ recommendations on how to prioritize among recipients or do they have some discretion? Gates will chat about it with “This Week.”

Political blather is also on tap this morning, as it always is on Sunday. Stacey Abrams is the most noteworthy guest, scheduled for “State of the Union” to discuss the Georgia Senate runoffs, Biden’s campaign visit to the state this Tuesday, and what her embarrassing refusal to concede to Brian Kemp in 2018 has in common with Trump’s embarrassing refusal to concede now. Following her on the same show will be former VP Al Gore, who distinguished himself in 2000 by *not* embarrassingly refusing to concede. Needless to say, both guests will call on the president to give up and start packing.

Finally, House minority whip Steve Scalise will sit down with “Fox News Sunday” to explain how he plans to try to rebuild his credibility after signing on to the Texas lawsuit that would have destroyed the country had it prevailed. The full line-up is at the AP.

Dana Loesch learns she's not eligible to join Twitter's Birdwatch program, and the reason is gold