Wow: A Newsmax show won the “key demo” over a Fox program on Monday night 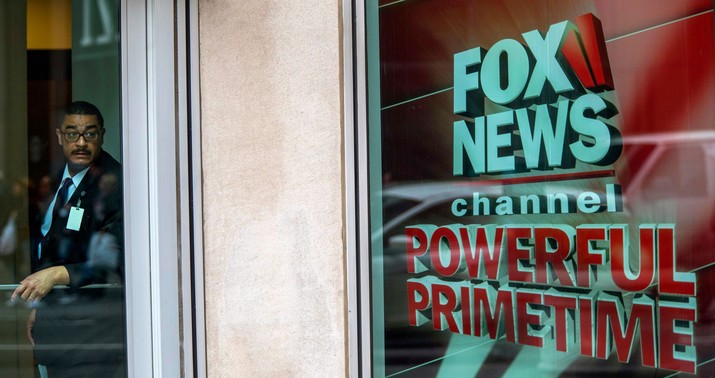 We got feedback this morning regarding our Headline item on this story stressing that this was one program during one hour on one day. Which is true, and fair enough.

But one could dismiss Monday night’s win by the 4-7 Redskins — sorry, the Washington Football Team — over the undefeated Steelers the same way. It was one game on one day. It proves nothing. Which, again, is true. It “proves” nothing.

It suggests, though, that maybe Washington is a little stronger and Pittsburgh a little weaker than their respective records might lead you to believe.

Newsmax TV has notched a ratings win over Fox News Channel for the very first time.

The win, fueled by conservative viewers who are disappointed by the election results, happened Monday evening. In the key 25- to 54-year-old demographic prized by advertisers, “Greg Kelly Reports” on Newsmax out-rated “The Story with Martha MacCallum” on Fox.

The margin was narrow — Kelly averaged 229,000 viewers in the demo and MacCallum averaged 203,000 — but it is still a milestone in the cable news industry…

In a sense, Kelly versus MacCallum is an unfair fight. Kelly is Newsmax’s best-known polemicist, the guy who’s benefited the most from the surge in righty interest in the network. MacCallum is the last “news” hour of Fox’s day before the network’s own mega-rated team of polemicists takes to the air. If you’re looking for red meat during the 7 p.m. hour and you just can’t wait until Tucker comes on, it’s no contest: Kelly will deliver more than MacCallum. Which makes me wonder if Fox isn’t going to have to switch to an alternate-reality polemicist of its own at 7 to claw back some of those Kelly viewers.

It’s not Fox’s A-team of commentators — Carlson, Hannity, Ingraham — who are under threat from Newsmax, in other words. It’s the news side that might be at risk. Brian Stelter, who wrote the piece quoted above, notes that Howie Carr’s daytime show finished not terribly far behind his competition at Fox, Neil Cavuto, in the 4 p.m. hour on Monday, a few hours before Kelly topped MacCallum. Cavuto scored 148,000 viewers in the 25-54 group while Carr scored 101,000. Once again, a “news vs. polemics” match-up served Newsmax well. When “The Five,” a more polemical show, came on at 5 p.m., Fox won the hour going away. Its program scored 303,000 in the demo versus 120,000 for the Newsmax show airing against it.

People don’t watch these networks for news, they watch them for rants, assurance that their political enemies are conniving scum. As awareness of Newsmax grows on the right (with Trump’s help), it may be that that channel’s daytime ranters will start gnawing away at Fox’s ratings. How many grandmas and grandpas watching Cavuto at 4 p.m. even know that Newsmax exists right now? What happens when they find out, tune in, and get an hour of Carr assuring them that Democrats are destroying America instead of Cavuto talking about the stock market or whatever?

Fox daytime isn’t feeling pressure just from the right, though. It’s feeling it from the left too:

Between Nov. 4 and Sunday, CNN has averaged 1.73 million viewers, more than double a year ago, the Nielsen company said. Fox News Channel had 1.56 million and MSNBC had 1.53 million…

Fox News seems hurt by a common phenomenon in election years: networks whose audience is dominated by fans of one particular candidate — Trump in this case — see some depressed viewers slip away when that candidate loses.

That’s most apparent during daylight hours, when Fox has been down 10 percent compared to a year ago, Nielsen said.

The big caveat to all this is that Fox primetime continues to lay waste to everything in its path, scoring the biggest ratings in the network’s history in the 25-54 demographic during November. It’s the daytime crew that’s the weak link, battling disaffection among Trumpy populists who resent the network for having first called Arizona for Joe Biden on election night and later having called the entire race for the Democrat. Combine that with surging interest in election-related hard news among non-righties who are more apt to tune to CNN or MSNBC for information and you end up with all of Fox’s daytime competitors having something to boast about lately at the network’s expense.

Which makes me wonder if Fox will start to deemphasize, if not outright rid itself of, respectable hard news programming. If Newsmax continues to make gains by going all-in on propaganda, consumer pressure on Fox to follow suit will increase. There’s little risk in pushing occasional unpleasant truths on your audience like “no, really, Joe Biden won the election” when you have a de facto monopoly on right-wing cable news programming. When you lose that monopoly, you have a decision to make. If Chris Wallace and Bret Baier think the past year has been trying, just wait.

The crazy thing about all of this that occasionally requires a reality check is just how *few* viewers are at stake in all this, relatively speaking. Look again at those “Kelly vs. MacCallum” numbers. Not even 500,000 viewers aged 25-54 between them — in a country of 330 million people, at a moment when the public’s interest in news is unusually high. Even Tucker’s audience on a good night accounts for something like six or seven percent of the total votes that Trump got in this year’s election. All of these people punch above their weight because the wider media, not to mention the farking president, amplifies their influence. But in terms of the total number of eyeballs it attracts, partisan media of all stripes is a cozy niche.

I’ll leave you with this scene from Trump’s rally in Georgia on Saturday night.

Fox News journalists are getting the most abuse from the crowd lining up for Trump’s rally in Valdosta, Georgia. Cries of “we trusted you” and “traitors”. pic.twitter.com/Av1uHvrXdQ