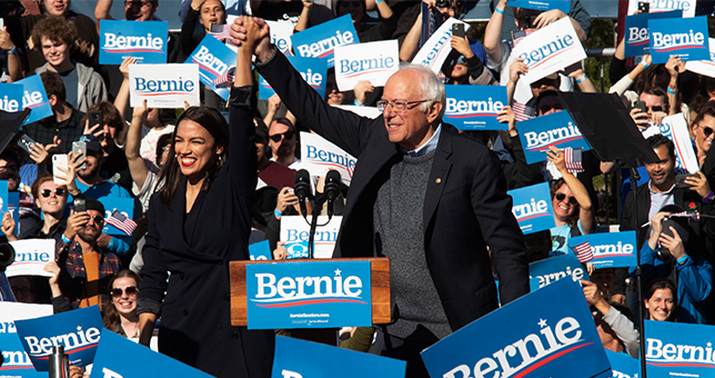 Everyone’s dunking on her today for supposedly soaking her fans with exorbitant prices on campaign merchandise but what you’ve all forgotten is that progressive trust-fund babies are one of her core constituencies.

Frankly, she should raise prices. They can afford it. Make each sweatshirt like 900 bucks and watch it become a status symbol among well-heeled Chapo Trap House listeners, sort of a tankie version of Supreme.

Bear in mind that the proceeds go to her campaign, not to her, and she badly needs that money for her next House race. She won the last one by only [checks notes] 44 points.

Visit her campaign store and you’ll find this:

For an extra $28, you could pair it with an “Abolish ICE dad hat.” The Washington Free Beacon did the math: “To pay for her $93 trillion Green New Deal by herself, Ocasio-Cortez would have to sell 3.4 trillion of her ‘Green New Deal’ T-shirts or just 1.6 trillion ‘tax the rich’ sweatshirts.”

As you can see, the sweatshirts are already sold out. Perhaps we’re on our way to saving the planet after all.

When our champion of the working class was asked why she was charging nearly 60 dollars for a sweatshirt, she had a ready answer:

Republicans are freaking out bc we don’t use slave-wage labor for merch that funds grassroots organizing.

But what’s the difference between Trump’s merch and ours?

Ours is made in the US. 🇺🇸

Okay, but if American workers can’t produce a plain sweatshirt with three words of text for less than $58, the GOP has a *lot* more union-busting to do than I thought.

People are mocking her for having embraced capitalism here but that’s just because the revolution hasn’t come yet. Once we finally achieve socialism, we’ll each pay $700 in taxes for this sweatshirt and get it from the government for “free.”