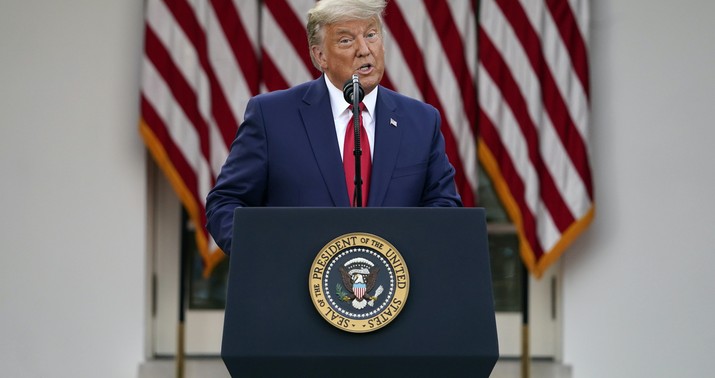 I mean, it’s been sinister from the start inasmuch as the core claims of rampant election fraud have been made in bad faith, designed to delegitimize Biden and protect Trump’s ego rather than win in court. But until now most of the rhetorical energy has been channeled into lawsuits. Rudy and Jenna Ellis are aiming to appeal to the Supreme Court, Sidney Powell’s going to expose the great Venezuelan election scam with her “Kraken” complaints, and so forth. The allegations may be bogus but the preferred method for challenging the election results, by litigating them in a courtroom, is perfectly fair.

But inevitably we’ll reach the point where all legal options have been exhausted. SCOTUS either won’t hear Giuliani’s appeal or they’ll laugh him out of court. Powell’s lawsuit will end up being tossed in Georgia. What happens to the “fight” when lawsuits aren’t working?

Maybe nothing. Maybe Trump just keeps filing lawsuits all the way up to Inauguration Day (or beyond?) knowing he has no leg to stand on. He has an incentive to do so: This legal battle has turned into a very lucrative grift for him, raising more than $150 million online since Election Day ostensibly for his “Official Election Defense Fund” but in reality for the RNC, the Trump campaign, and for his new Super PAC. If he keeps this up for another month or two he might crack half a billion dollars.

Which would be fine if that’s all this was, a scam. If you believe CNN’s White House sources (which I don’t), the president himself knows that he’s lost but is keeping up appearances partly because he doesn’t want to face the hard truth but partly too because of the money pouring in. The flaw in wanting to keep this “election fraud” kabuki going because it’s a sweet payday, though, is that lots of people don’t realize it’s kabuki. They believe it sincerely and some have concluded as a result that it would be intolerable for the country to allow such an audacious crime to go unpunished by swearing in Biden on the 20th.

And so, as the legal options fade, true believers will start getting noisier about extra-legal solutions. That seems to have picked up in the last 24 hours, starting with this pungent comment from Trump lawyer Joe diGenova yesterday:

VIDEO of former U.S. Attorney Joe diGenova, who is now a member of the Trump legal team, saying on Newsmax that former Trump cybersecurity chief Chris Krebs “should be drawn and quartered. Taken out at dawn and shot.” pic.twitter.com/hbJUy76ixQ

Attorney Lin Wood, a favorite of Sidney Powell fans, seems to be done with courtrooms as well:

⚠️Lin Wood, a member of Trump’s legal team, stating we are headed for civil war and calling for martial law.⚠️ This man is a legitimate threat to our country. pic.twitter.com/Cbv3cu4Miv

Eric Metaxas insists that Jesus is on Trump’s side in this and that he’s willing to “die” if it comes to that:

Conservative radio host Eric Metaxas tells Donald Trump "I'd be happy to die in this fight. This is a fight for everything. God is with us" pic.twitter.com/f4OgidBJsp

If Biden ends up being sworn in on January 20, asks Jonathan Last, will Metaxas conclude that Jesus was on Biden’s side all along?

Some of the rhetoric isn’t explicitly violent so much as fascist, whether vaguely or overtly. Last night Lou Dobbs had Powell on and argued that Trump should take “drastic action, dramatic action” to expose the alleged crimes that have been committed during the election and that “if the Justice Department doesn’t want to do it, if the FBI cannot do it, then we have to find other resources within the federal government.”

"This is no longer about just voter fraud or electoral fraud. This is something much bigger," Lou Dobbs said tonight, urging Trump to take "drastic action" because of "the crimes that have been committed against him and against the American people." pic.twitter.com/968kR6nMp8

I don’t know what “other resources” he has in mind but maybe this deep thought retweeted by Powell provides a clue:

Donald Trump's former lawyer literally retweets a call for a coup and "military tribunals" in the United States instead of recognizing the results of the 2020 election pic.twitter.com/HazZvXrixW

That’s where we are today, segueing predictably from “we’ll overturn this election in court” to “we’ll overturn this election by any means necessary” as the court battles reveal there’s nothing to Trump’s case. People like Chris Krebs and entities like Dominion Voting Systems have been admirably patient as this tidal wave of demagoguery crashes down on them day after day but it may be time for them to pursue some legal remedies of their own:

Are you worried about your safety? @SavannahGuthrie asks Christopher Krebs, the ousted cybersecurity official who has received death threats pic.twitter.com/O2nctDi8xm

Dominion Voting Systems CEO laying out a roadmap to a successful defamation lawsuit based on easily-verified facts (eg, the use of Smartmatic software) in this WSJ op-ed.https://t.co/V8pXAx0FRF pic.twitter.com/L6FLLp4i2b

There’s no appeal to decency that’ll make a demagogue stop. If you want to stop them, you have to make it costly for them to continue to defame and threaten you. Once the election lawyers are done defeating Giuliani and Powell, hopefully they’ll throw some pro bono defamation work Krebs’s way. Dominion, I assume, can take care of itself.

Update: This is a start. 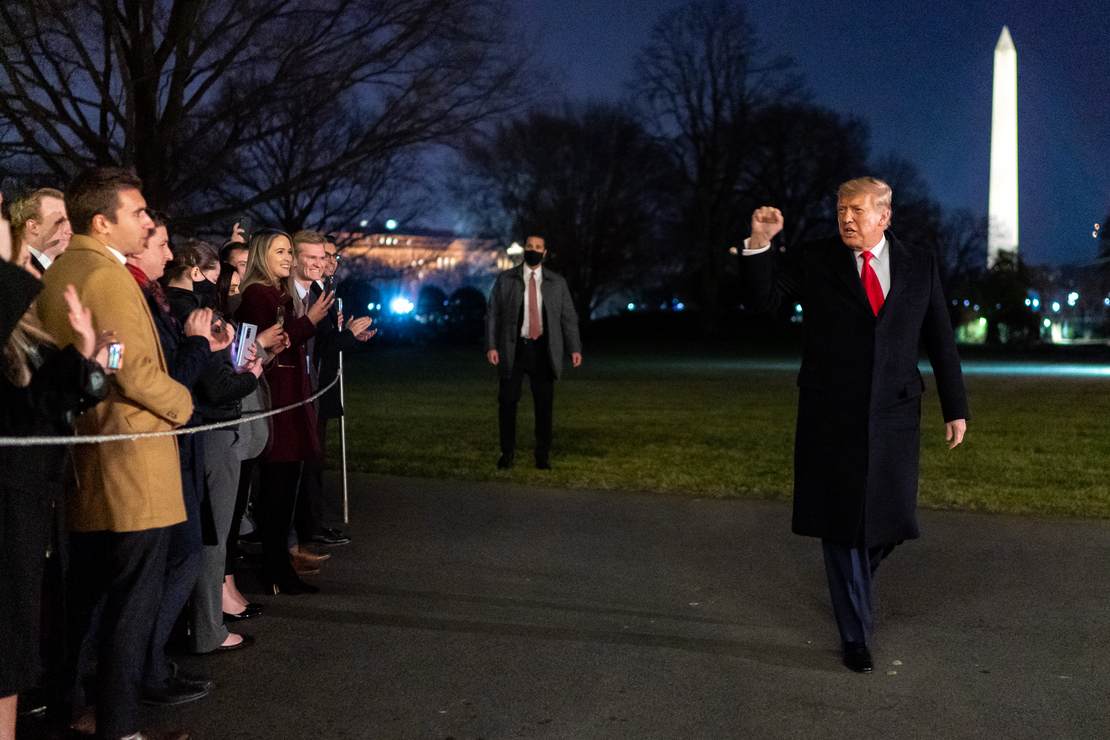