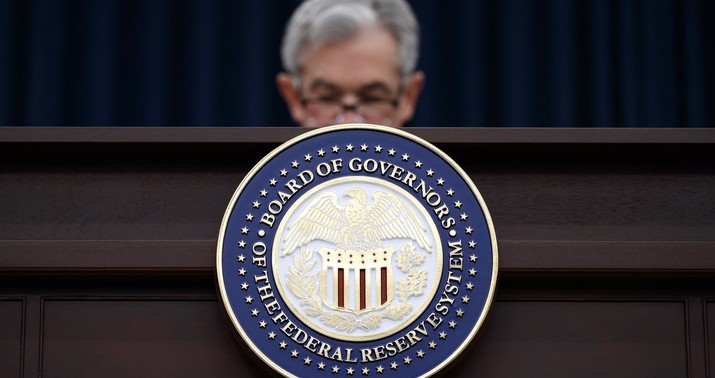 How many of his Federal Reserve picks has the Senate quashed now? Remember that Herman Cain and Stephen Moore were also floated at one point until a few centrist Republicans like Mitt Romney said, “Uh, no.”

The problem with Cain, Moore, and Shelton is that they were all Trump cronies to various degrees and Fed governors aren’t supposed to be cronies. The Fed is quasi-independent, to insulate it from political pressure. That’s the opposite of what Trump wants in government, though; the DOJ is supposed to be quasi-independent too and, well, look for no further than the person of Bill Barr. But Shelton had other issues. There was, er, this, for instance:

“His talk of open borders is deeply controversial in the U.S., though what he is really selling is the fulfillment of open markets,” wrote the economist. “His proposal to combine resources across borders may strike some as too imaginative in its scope. But it is, in fact, steeped in pragmatism.”

It’s safe to assume that she no longer holds that view but righties aren’t usually so forgiving of former open-borders fanatics. The bigger problem with her was her views on monetary policy: Shelton is a goldbug — or was. It’s hard to tell what she believes now because her bad tendencies towards cronyism are at odds with her bad support for a return to the gold standard, leaving one to wonder what she’d do if confirmed to the Fed. From NRO:

For many years, Shelton tirelessly advocated a gold-backed dollar, 0 percent inflation, and higher interest rates. After the financial crisis, when the U.S. had a prolonged spell of low inflation and high unemployment, she argued that the Federal Reserve’s efforts to foster a recovery posed too great a risk of raising prices. High and variable inflation, such as we experienced in the 1960s, is an evil that the central bank can and should avoid. Regarding inflation as always and everywhere the chief threat to an economy, on the other hand, is an error that can trap economies in depressions. It is an error to which Shelton’s ideology makes her especially prone.

President Trump has very different views. He wants low interest rates, does not worry about inflation, and shows no sign of caring about the gold standard. During his presidency, these views have been right in their practical upshot more often than not. What is worrisome is the extent to which Shelton has echoed Trump’s views without even acknowledging how they differ from the ones she has expressed in the past, let alone explaining her change of mind. She wanted tighter money in the depths of recession a decade ago, and then advocated looser money at the height of a boom. A steep increase in the price of gold, which once would have alarmed Shelton as an indicator of future inflation, has not given pause to her in her current incarnation.

Today’s confirmation vote was unusually suspenseful. For starters, three Republicans had already said they’d vote no on Shelton: Mitt Romney, Susan Collins, and Lamar Alexander. That left the Senate theoretically divided at 50/50, with Mike Pence the tiebreaking vote. But then, thanks to COVID, things got complicated. Chuck Grassley had to miss the vote due to close contact with someone who’s tested positive. The same happened to Rick Scott earlier this week. And Alexander was taken away from the chamber on family business. There was also a question of whether VP-elect Kamala Harris would make it back to Washington in time to cast a vote against Shelton. When the roll was called, it was anyone’s guess who might show up, whether other Republicans might vote no on Shelton, and whether Pence would be needed at all.

2) She needed 51 yeas to clear the filibuster bar. However, the Senate could only muster 47 yeas to advance her nomination.

I say “technically” because Mitch McConnell switched his vote from yes to no at the last second, purely as a procedural matter. By voting no, he’s now entitled to bring Shelton’s nomination back to the floor for a revote. Once Grassley and Scott are back, that should give the GOP 50 votes — enough to confirm her with Pence’s help, even with Romney, Collins, and Alexander voting the other way.

But there’s another wrinkle. Mark Kelly just defeated Martha McSally in Arizona’s Senate special election. In a special election, senators don’t wait until January 3 to be sworn in. They take office within weeks of their election. Once Kelly’s seated later this month or in early December, that’ll be 51 votes against Shelton. If McConnell wants to get her confirmed, he needs to find a moment before Kelly arrives but after Grassley and Scott are back. Is there such a moment, with Thanksgiving recess looming?

I recommend this piece by Jon Hartley at National Review for why economists on both sides of the aisle look so dimly on returning to the gold standard. Doing so would risk price instability, which one would think would be of great concern to the self-styled populists of the new GOP — Marco Rubio, Josh Hawley, Tom Cotton. As others noted this afternoon, if they really are building a multiethnic, multiracial working-class party, as Rubio likes to say, they should be gravely worried about what inflation might do to cannibalize the wages of working-class Americans and what influence Shelton might have in blocking the sort of monetary stimulus the Fed has engaged in to help workers during the pandemic. Instead they voted in lockstep for her, just as the president wanted. A cynic might conclude that their “populism” is largely a rhetorical fraud designed to ingratiate themselves to Trump voters before the 2024 presidential primary.

Oh, speaking of frauds, please note that the Senate GOP’s pretend ambivalence about who won the election was revealed as the pretense that it is during this afternoon’s vote. Kamala Harris did show up and was reportedly congratulated on her victory — which most of them currently deny — by multiple Republican colleagues:

VP Elect Sen. Kamala Harris was warmly embraced by GOP senators on the floor, many offering her congratulations despite still siding w/ Trump

Graham gave her a fist bump

Here, Harris can be seen extending her fist to Sen. Lindsey Graham (R-SC) for a bump. pic.twitter.com/3Mtaaykjpl

Does anyone in the leadership of this party believe anything they say?

Blue-check 'historian' Jennifer Wright's election/Civil War dig at Republicans goes so HISTORICALLY bad she deletes (we got it!)