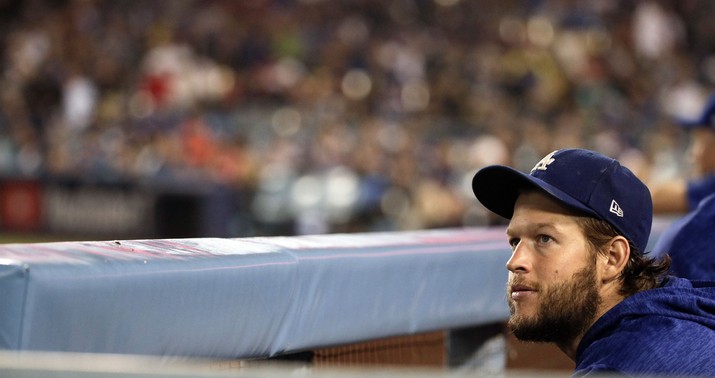 I have no deep thoughts about this, I just find it so confounding relative to summer expectations that it deserves to be noted. If you had asked me in July, when it seemed like we’d have no sports at all this year, whether Americans would be eager to watch if they returned, I would have said, “Hell, yes. We need an escape, a diversion from the daily misery of quarantine and mass death. What else is there to do at night anymore with bars, restaurants, and theaters closed except to watch sports?”

Sports returned. But the reality was the opposite — people paid hardly any attention at all. Why?

And don’t say “they’re tired of the politics!” I could buy that for the NFL and the NBA. But baseball?

So far, last night was the least watched Game 6 of any World Series ever. In terms of the key demo, last night’s Dodgers win face-planted 34% from the equivalent in 2019.

Baseball’s boring, you say. (Which is true, especially in recent years.) But the faster-paced sports also saw ratings in the toilet:

Here is what sports viewership looks like right now: pic.twitter.com/JzbKn1pKIz

A 49 percent decline in viewership for the NBA Finals — featuring LeBron and the Lakers? C’mon.

The NFL’s ratings decline is far more modest than the rest but they’ve lost some eyeballs too. Read this short but interesting piece published a few weeks ago tracking the massive decline across seemingly every other major sport, including ones that haven’t been politicized (the U.S. Open golf tournament, the Indy 500). The author, Daniel Frank, floats four theories as to why.

Sports are a very social. People love talking about sports with their peers and without interacting with as many people, people have less opportunities to talk about sports with others. This has the effect of making fans feel less engaged and more casual fans less likely to start watching, creating a cascading effect on engagement.

Watching sports is a great way for people to tune out, relax and distract themselves from normal life. With so many people working from home, having a less defined break from work to non-work, and potentially working less hard, watching sports feels like less of an escape than it used to.

People have started consuming politics like they do sports and their interest in sports has been cannibalized by political fanaticism.

Lots of people are experiencing mental health challenges and struggling and don’t have the same interest in things they used to enjoy like sports.

I think he’s onto something with the fourth one. Pre-pandemic I would have guessed that people would watch sports more during quarantine because they’re seeking joie de vivre. Now I wonder if viewers lacking joie de vivre to begin with just can’t muster the interest to engage. His second point is thoughtful too. Maybe being stuck at home in front of a screen during the day has eroded people’s willingness to stick themselves in front of a screen at home at night. The escapism that sports seemed to promise over the summer may have turned out to be the opposite.

My guess is that the sheer psychological demands placed on people right now have left them too anxious and distracted to care enough to watch sports. If you’re struggling financially, the World Series is the last thing you have mental space for. If you’re not struggling, your attention is still forever being diverted by weightier subjects — the latest on COVID, the well-being of friends and family at a distance, riots and mass demonstrations, the presidential race and whatever the hell Trump said or did that day. You can’t find escape in sports right now. There’s no escape from this nightmare.