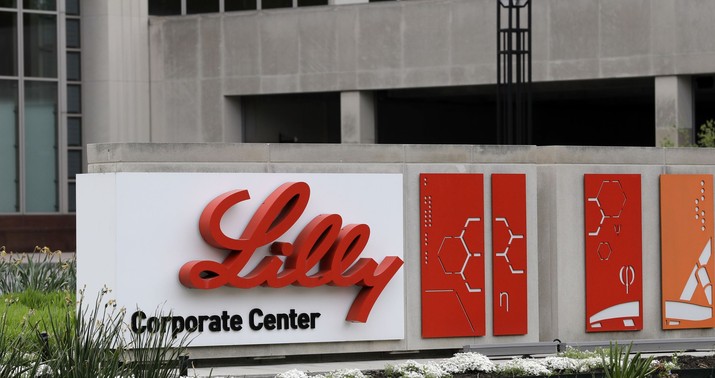 This isn’t the same drug that Trump received, of course. That came from Regeneron. But between the hype over Lilly’s announcement today and the growing possibility that the president has made a shockingly fast recovery after being treated with an antibody cocktail, public interest in this treatment will soon be off the charts.

Since the start of the pandemic, antibody drugs have been cracked up to be the medication with the most potential to limit deaths from COVID apart from a vaccine. We’ve waited seven months for them, but they’re — almost — here. Free advice for the president: If he really is intent on riding this “go about your lives” message on the virus all the way to Election Day, he should dress it up heavily in scientific trappings. Emphasize constantly that we’re on the brink of one potential gamechanger thanks to Lilly and Regeneron and that another, the vaccine, is just a few short months away. There’s reason for hope.

Being hopeful doesn’t mean you should walk around your workplace without a mask after testing positive for COVID, like certain people do, of course. It just means that the light at the end of the tunnel is getting bigger.

The results announced today by Lilly involved a study in which patients were given a drug containing two different antibodies. Other studies are focused on the efficacy of treatments involving a single antibody. The combo drug in particular shows promise:

The treatment also improved symptoms, according to a scored questionnaire, and resulted in fewer hospital and emergency room visits. Visits to the hospital or ER were made by 5.8% of patients in the placebo group, but just 0.9% of those who received the antibody combination. That difference, however, was just barely statistically significant.

Based on those numbers, on a day where there are 50,000 confirmed cases in the U.S., being able to give everyone the Lilly drug should keep around 2,500 of them out of the hospital. Experts seem impressed by the data, especially former FDA chief Scott Gottlieb:

A major step forward. The antibody drugs were always expected this fall as a bridge to a vaccine. The therapeutic landscape is evolving as anticipated in May. We should judge these drugs on their merits in the setting of this crisis. They can offer patients a meaningful advance. https://t.co/rWd4ho9Peu

As I write this, reports are trickling in that Trump has returned to the Oval Office. Whether that’s wise or safe for the people around him is unknown, as is whether he’s wearing a mask. But it does suggest that his condition isn’t deteriorating. His doctor, Sean Conley, issued an encouraging statement a few hours ago stating that his vitals were normal today and he was experiencing no symptoms, which seems remarkable given that he was gasping for breath on the White House balcony 48 hours ago. He hasn’t needed oxygen either. Conley noted that antibodies have been detected in his blood, which is good, but, uh, what you’d expect given that he received an antibody drug:

NEW from Regeneron: “… given the volume of IgG antibodies delivered in our therapy, and the timing of these tests, it is likely that the second test is detecting REGN-COV2 antibodies.” pic.twitter.com/w5eGOP8SPH

The region that may be most desperately in need of a gamechanging treatment right now isn’t the U.S., it’s Europe. Daily cases here are up in 21 states recently and have risen nationally from 35,000 per day on average in mid-September to 44,000 now. Which is bad, but not quite “red alert” bad the way these graphs are:

The UK’s daily case count has tripled in two weeks and France set a single-day record for confirmed cases yesterday. The important footnote to all of that, though, is that the daily death toll remains in double digits in both countries — for now. Because deaths are a lagging indicator, the story could be different in a month, but it’s also conceivable (likely?) that deaths will remain a fraction of what they were in the spring due to improvements in treating COVID. In the U.S. too, although cases have been rising for a month, average daily deaths have declined slightly over the same period. Once antibody treatments arrive in force, hopefully deaths and hospitalizations will begin to decline sharply everywhere.

Exit question: Is Trump … okay today? Not in terms of COVID. I mean in terms of his mental state. Social media is littered with stories over the past few days (including from celebrities) of their experiences with dexamethasone, the steroid he received to fight the disease. He’s been tweeting and retweeting frenetically over the past 24 hours at a pace that’s unusual even for him. And sometimes he sounds a little *too much* like his old self, if you know what I mean. I hope he’s being monitored.

Where are all of the arrests? Can you imagine if the roles were reversed? Long term sentences would have started two years ago. Shameful! https://t.co/w2s8LdiRu0

Wow!!! NOW DO SOMETHING ABOUT THIS, THE BIGGEST OF ALL POLITICAL SCANDALS (IN HISTORY)!!! BIDEN, OBAMA AND CROOKED HILLARY LED THIS TREASONOUS PLOT!!! BIDEN SHOULDN’T BE ALLOWED TO RUN – GOT CAUGHT!!! https://t.co/hf7zjqZYQ4

Update: As I suggested above, here he is touting the Lilly drug today. Smart move. And he sounds really good here, although again, maybe a little too good. He’s “high energy.” I hope that’s not just the steroid, which will wear off, but evidence of a more durable recovery.

A MESSAGE FROM THE PRESIDENT! pic.twitter.com/uhLIcknAjT