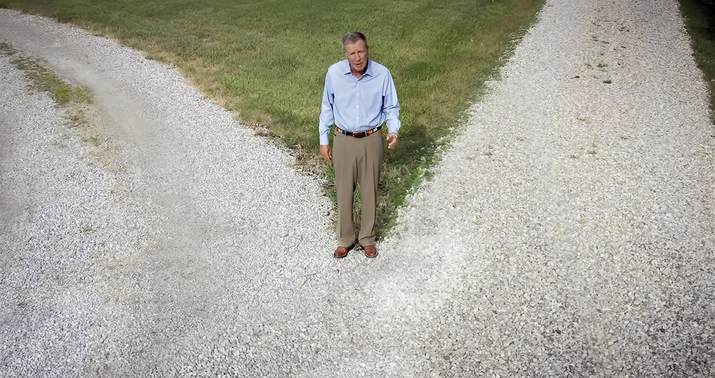 I don’t pay much attention to Ohio polling because I remember how wide Trump’s margin was there four years ago and figure that it’s effectively off the board this time too. It’ll be close for sure; given that the polling in nearby Wisconsin, Michigan, and Pennsylvania is bluer this year than it was in 2016, it stands to reason that Ohio would be bluer too. The difference is that Trump won nailbiters in those other three states against Hillary but won Ohio going away — an eight-point victory, with a larger share of the Ohio electorate (51.7 percent) than any other presidential candidate this century, Democratic or Republican. Trump’s win in OH was so decisive that it was comparable to his margin in Texas, which he won by nine.

But I don’t know. The last three polls taken there have had Biden ahead, albeit narrowly. Rasmussen, one of the most Trump-friendly pollsters in America, put Biden ahead by four in Ohio a few weeks ago. FiveThirtyEight now favors him to win the state ever so slightly, with a 52 percent probability of victory.

Given that Trump probably can’t get to 270 without Ohio even if he wins Florida and Pennsylvania, we should probably start paying more attention to this, no?

Men back the president by 4 points, while women go for Biden by 14. White voters without a college degree pick Trump by 18 points, while Whites with a degree back Biden by 7. And Trump is the choice among rural voters by 17 points, while suburbanites like Biden by 10.

Ohio voters think Biden is better on coronavirus (+14 points) and nominating the next Supreme Court justice (+6). They think Trump is better on the economy (+5), while the two are closely matched on policing and criminal justice (Biden +2).

Here’s the real killer for Trump there right now:

Among voters over 65 in Ohio…

He needs to win seniors back. Maybe the bribe he just offered them will do it. If not and Ohio ends up flipping, something very weird would need to happen in the rest of the country for Trump to win a second term. His problem right now is that blue battlegrounds like Nevada and Minnesota which he was eyeing as pick-ups seem to be slipping away in recent polling. To win, he’s going to need to hold virtually all of the states he held four years ago. The good news is that he’s been trending higher in southern swing states lately: Florida is a true toss-up again, Texas seems to tilting Trump, and there are even some encouraging polls out of Arizona today. (More on that in a separate post.) The bad news is that that’s not enough. If the Rust Belt is turning blue and Trump can’t flip any Hillary states, he’s done. And Ohio’s 18 electoral votes would give Biden a cushion such that he wouldn’t need to flip the entire Rust Belt to win. Trump could keep Pennsylvania; Wisconsin, Michigan, and Ohio would be enough to give Sleepy Joe a 276-262 win.

If you’re thinking that we shouldn’t trust this year’s Ohio polls because the 2016 Ohio polls missed Trump’s surprising blowout, that’s only half-true. Scroll through RCP’s table of Ohio polling four years ago and you’ll find that Trump led in most surveys after Labor Day, sometimes by five points or more. Pollsters missed the magnitude of his victory but the upset potential was apparent for literally two months before the vote. This year, by comparison, Biden’s led in four of the six polls published since Labor Day. He also led most of the polls taken between June and September. And the blue trend in Ohio matches the trends in other fairly solidly red battlegrounds from four years ago:

So we have a good number of polls over the last few days suggesting Biden is either slightly ahead or slightly behind in Georgia, Iowa and Ohio. All states Trump won by 5 or more in 2016.

There’s a strong case to be made right now given Biden’s relative strength with white voters and relative weakness with Latinos that Ohio is a more plausible pick-up opportunity for him than Florida. And although Florida has more electoral votes, each state has enough that losing either one puts Trump’s campaign on life support. (Same goes for Georgia, really, with 16 EVs.)

The most plausible path to victory right now for Trump is that he loses Wisconsin and Michigan but holds on everywhere else he won in 2016, including Pennsylvania. That would leave him at 280 electoral votes. The race has tightened in PA since the summer, when Biden enjoyed a gaudy seven-point lead amid the BLM protests. A few weeks ago, Trump briefly cut that advantage to 3.2 points. It now stands at 4.3, way too close for comfort for Dems who are still traumatized by Clinton’s upset loss. The GOP’s success in registering voters also suggests that the race will be closer than pollsters think. But there’s a wrinkle: Looking at the polling average there, Biden appears to have a floor of 48 percent and Trump appears to have a ceiling of 45 percent or so. Biden routinely hits 49-50 percent in individual surveys; Trump hasn’t topped 46 percent in one since February. Even this number isn’t that encouraging for him given its provenance:

Trafalgar has one of the most pronounced Trump leans of any credible pollster, usually finding the president performing four or five points better in swing states than their peers. And they have Biden ahead right now. Fox News’s poll yesterday had the Democrat up seven points in PA, his biggest lead in weeks; another recent result from Franklin & Marshall put Sleepy Joe up six. All of which is to say, although Pennsylvania seems like a more plausible “hold” for Trump than Wisconsin or Michigan, I’m not sure how much more plausible it is. Trump hasn’t led a single poll there since May, with FiveThirtyEight giving Biden a 76 percent chance of winning the state right now — even though it’s a must-win for Trump, especially with the heat on in Ohio and Georgia. For all of the hype over Florida, it just doesn’t matter that much. Trump also needs to hold OH, GA, and PA or it’s almost certainly lights-out.

Governor Gretchen Whitmer: If You're Tired of Masks and Wish You Could Go Back to Church, Vote for Biden