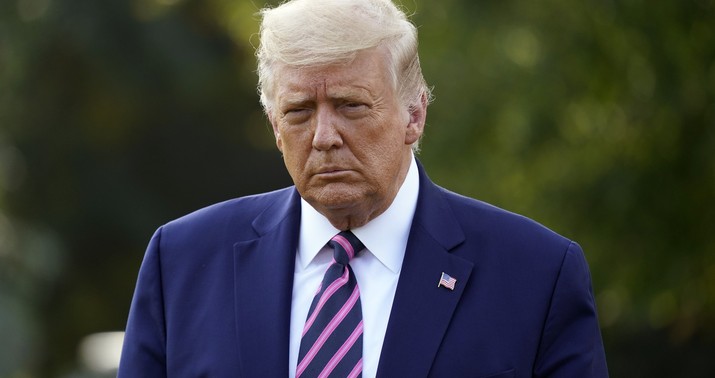 We’ll be arguing about whether “shy” Trump voters exist this year right up until the first returns on election night. Here’s another data point for the pile until then.

Morning Consult conducted a fascinating little experiment to try to test whether some voters secretly support him but feel embarrassed about confessing that to a human being over the phone. They divided their sample into two groups randomly; half the people involved were interviewed by a person and the other half took the survey on a computer. The thinking, obviously, is that you’re more likely to confess your true opinion to a machine than you are to a live pollster, for fear that he or she might judge you.

But they didn’t stop there. Instead of just polling Trump vs. Biden, they polled about other “sensitive” subjects — like racial discrimination — which they thought people might have a “shy” approach to as well. Would they see the same numbers during live interviews on, say, a question about whether black Americans face prejudice as they’d see when that question was asked by a computer? It’d be interesting to know if there was or wasn’t a “shy” Trump effect on the presidential question, but it’d be really interesting to know if there were or weren’t similar effects on other topics. If there were no difference on any question between the live-interview and online surveys, we might conclude that the “shy” effect in polling — a.k.a. social desirability bias — is overstated altogether.

Results: Yes, the “shy” effect really exists. But it didn’t show up in the presidential polling. O at least, not in the topline number.

There *was* a “shy” Trump effect among voters who make more than $75,000 per year. In live interviews Biden led them comfortably, 58/42, but in the online survey Trump nudged ahead, 52/48. How come there’s no difference in Biden’s overall lead, then? Simple — there was a “shy” Biden effect among poorer voters. In live interviews with that group, Biden was ahead 61/39. But in the online version of the poll, he led 67/33. Maybe some members of the white working class, the MAGA base, are keeping their votes for Joe a secret because all of their friends are hardcore Trumpers.

It’s worth noting that the differences in these income groups wasn’t statistically significant so maybe there’s no “shy” voter effect either way in reality. But if there is, you’d have to think Trump benefits more than Biden does. Wealthier people are more likely to vote; suburbanites, whom Democrats are counting on, are also a wealthier cohort. It may be that Trump really will overperform his polling among those groups on Election Day. There’s no just strong evidence of it from Morning Consult’s data.

The answers to the discrimination question produced a more noticeable “shy” effect:

Check out the spread on people’s views of discrimination against Jews when they’re talking to a person versus when they’re talking to a computer. It should be noted that Morning Consult also conducted a study on “shy” voters along these lines in 2016 and found little difference in Hillary’s and Trump’s numbers between online responses and live interviews. That’s good news for Trumpers in that he ended up strongly overperforming some of his state polling that year, suggesting that maybe MC’s study isn’t as reliable as we might think. The bad news is that Biden’s lead is quite a bit larger than Clinton’s was. Even if Trump overperforms again, it just might not be enough to erase Sleepy Joe’s margins.

Speaking of which, here’s an interesting bit of data out of Michigan that caught my eye last week:

Mr. Czuba gathers public opinion data each election year to calculate the average level of voter motivation, as reported by respondents using a 10-point scale. This month, a Glengariff poll for the television station WDIV and The Detroit News found that motivation levels in Michigan were nearly off the charts: Both Democrats and Republicans were averaging around 9.8, with independents not far behind at 9.2. In October 2016, the average for all voters hovered around 6.

Voters that year who leaned Democratic but weren’t strongly partisan averaged only 4.7 on the 10-point motivation scale, contributing to weak turnout for Mrs. Clinton in areas where she had expected to rack up votes.

That was before the Ginsburg vacancy opened up. I’m guessing each party is a cool 10.0 in terms of motivation now, which is bad news for the GOP in a state that leans Democratic. In 2016 Trump won through a combination of turning out blue-collar votes who typically don’t vote (or flipping those who voted for Democrats in the recent past) and Hillary Clinton *not* turning out voters who balked at her generally Hillary-ness. That second ingredient will be absent from the recipe this time. Trump’s going to have to win this through turnout on his own side — or with a much larger “shy” effect than anyone suspects.

Republicans have eyed Michigan as a stretch this year since at least the beginning of the pandemic. (This Tim Alberta piece runs through various reasons why it’s an uphill battle.) The polling in Wisconsin has been daunting lately for Trump as well. He actually trails by a wider margin there (6.7 points) than in Michigan (4.8 points). The other state that’s been slipping away of late is Arizona, which some polls show as tight (a two- or three-point Biden lead) and others show as an almost lost cause (a nine- or 10-point lead), which adds up to an average of 5.0 points. If in fact all three of those states have become longshots for Trump, it would mean 37 electoral votes are about to turn blue — precisely the amount needed for a 269/269 election. Any other red state from 2016 would hand Biden the presidency, or even just a single vote from Nebraska’s or Maine’s Second District would do it. Trump has to make one or more of these three states competitive again. Maybe the Ginsburg vacancy will do it for him.