Nearly two-thirds of U.S. adults aged 18-39 don’t know how many Jews were killed in the Holocaust 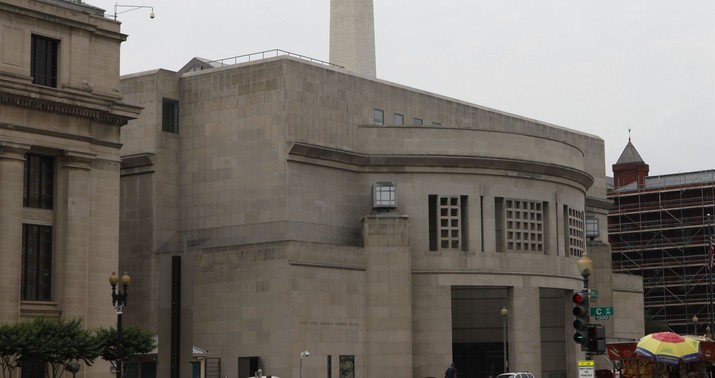 This result is being greeted with horror on social media this morning, and understandably so. Especially since ignorance about the number of Jewish victims isn’t the most alarming data from the survey.

But I wonder how much of this result is due to some special historical blind spot about the Holocaust and how much is due to the more basic fact that, ah, a lot of Americans are ignoramuses about history generally.

How many millennials and Zoomers are up to speed on the basics of *everything else* about World War II? How many know who attacked whom at Pearl Harbor? Which countries were involved in D-Day? What “Fat Man” and “Little Boy” were? How the Soviet Union ended up being drawn into the war?

I don’t think this is a “Young Americans have tuned out the Holocaust” story so much as a “Young Americans have been poorly educated to a shocking degree” story. Which is reassuring in the sense that ignorance about the Holocaust probably — for the most part — isn’t being driven by anti-semitism, but terrifying in that it means the well of general ignorance runs deeper than we fear.

Almost a quarter of respondents (23%) said they believed the Holocaust was a myth, or had been exaggerated, or they weren’t sure. One in eight (12%) said they had definitely not heard, or didn’t think they had heard, about the Holocaust…

Nationally, 63% of respondents did not know 6 million Jews were murdered during the Holocaust, and more than one in three (36%) thought 2 million or fewer had been killed.

Eleven per cent of respondents across the US believed that Jews had caused the Holocaust, with the proportion in New York state at 19%, followed by 16% in Louisiana, Tennessee and Montana, and 15% in Arizona, Connecticut, Georgia, Nevada and New Mexico.

It’s easy to imagine making a mistake about the number of victims in good faith. It’s much harder to imagine a good-faith explanation for the boldfaced results. Nearly one-fifth of New York adults aged 39 or younger believe Jews caused the Holocaust?

Here’s where I remind you that a survey taken two years ago found that just one in three Americans would able to pass the U.S. citizenship test, which is really just a quiz about basic facts of American history. Our younger countrymen aren’t unaware of the Holocaust specifically, they’re unaware of … a lot of things:

Only 13 percent of those surveyed knew when the U.S. Constitution was ratified, even on a multiple-choice exam similar to the citizenship exam, with most incorrectly thinking it occurred in 1776. More than half of respondents (60 percent) didn’t know which countries the United States fought in World War II. And despite the recent media spotlight on the U.S. Supreme Court, 57 percent of those surveyed did not know how many Justices actually serve on the nation’s highest court.

Asked why American colonists fought the British, a mere 24 percent answered correctly. It should be noted that this was a survey of all American adults, not just those aged 18-39, but there was a strong age gap in the final data. “Those 65 years and older scored the best, with 74 percent answering at least six in 10 questions correctly. For those under the age of 45, only 19 percent passed with the exam, with 81 percent scoring a 59 percent or lower.”

Nineteen percent. In context, maybe we should regard the fact that 37 percent knew that six million Jews were killed in the Holocaust in today’s survey as a comparatively encouraging result.

I think Noam Blum’s onto something here too:

Holocaust Inversion narratives absolutely contribute to this. Because if what Israel does to the Palestinians is the equivalent of what the Nazis did to the Jews, then Holocaust narratives are probably exaggerated by Jews because this is ackshually a political wedge issue. https://t.co/PKONFc7Loz

Diluting the unique evil of the Holocaust by comparing it to far more traditional conflicts probably does contribute to revisionism among the poorly educated. But I wouldn’t overlook social media, the font of all modern evils, as a contributor too: “More than half (56%) said they had seen Nazi symbols on their social media platforms and/or in their communities, and almost half (49%) had seen Holocaust denial or distortion posts on social media or elsewhere online,” according to today’s new survey. I’m reminded of this disturbing story from Time magazine describing how far gone some Americans are in chasing conspiracy theories down Facebook and YouTube rabbit holes. QAnon, which has plenty of anti-semitic undertones and “overtones,” is only part of it. If people believe they’re gaining “secret knowledge” of whichever stripe that the elites don’t want them to have, it’s a solid bet that Holocaust denial is in the mix somewhere.

Anyway, I’m sure this education problem will straighten itself out in due time. Exit quotation:

Baltimore schools CEO @SonjaSantelises tells @WYPR881FM's Sheilah Kast that only 65% of students are logging on every day w/o interruption, one week into school year.
That means 27,000 students are not reliably present, despite the district's considerable tech & outreach efforts.