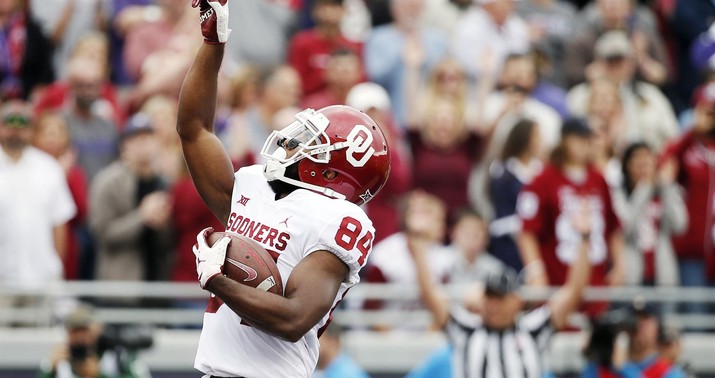 Big 12 members have committed to enhanced COVID-19 testing that includes three tests per week in “high contact” sports, like Football, Volleyball and Soccer. Additionally, return to play protocols after positive occurrences will include an EKG, troponin blood test, echocardiogram, and cardiac MRI. Non-conference football opponents must also adhere to COVID-19 testing protocols that conform to Big 12 standards during the week leading up to competition.

“The virus continues to evolve and medical professionals are learning more with each passing week,” said Commissioner Bob Bowlsby. “Opinions vary regarding the best path forward, as we’ve seen throughout higher education and our society overall, but we are comfortable in our institutions’ ability to provide a structured training environment, rigorous testing and surveillance, hospital quality sanitation and mitigation practices that optimize the health and safety of our student-athletes. We believe all of this combines to create an ideal learning and training situation during this time of COVID-19. Ultimately, our student-athletes have indicated their desire to compete in the sports they love this season and it is up to all of us to deliver a safe, medically sound, and structured academic and athletic environment for accomplishing that outcome.”

An intriguing line from later in the press release: “Stadium capacities will be determined by each member institution in accordance with local and/or state health ordinances, and working with government officials.” Are they … going to let fans in to watch?

In the end it’s easier to play this fall than not to play, for the simple reason that the Big 12 can always abandon its plan at a moment’s notice whereas the Big 10 and PAC-12 can’t. The NBA and NHL have had stunning success so far in preventing infections; Major League Baseball has had a rougher go of it after widespread infections among the Miami Marlins and St. Louis Cardinals, but things seem more in hand at the moment. If the Big 12 suits up, gets three games into the season, and suddenly a bunch of teams are out of commission from COVID, they can pull the plug and say they gave it their best shot. Hopefully — hopefully — without serious repercussions to anyone infected.

Meanwhile, imagine the feeling throughout the Big 10 and PAC-12 if the Big 12 manages to get through a season with only a few cases.

There’s an argument that it’s easier *not* to play than to play, though. This one relies on tort law, as attorney Tom Mars explained to Sports Illustrated:

“Whatever conference(s) decides to play football this fall will be taking a ridiculously high risk they may soon regret. I know and have talked with some of the best plaintiff’s lawyers in the country this week, and they’re praying the SEC, Big 12 and/or the ACC are greedy enough to stay the course. If things go sideways, the plaintiff’s Bar will immediately get their hands on the internal financial analyses of the schools (a FOIA layup), get the conference financials through the discovery process, and then just stand in front of the jurors and point to the conferences that decided not to risk the health of their student-athletes. Good Lord, I’d hate to be the lawyers defending those cases.”

Right, if a jury is asked whether the Big 12 was negligent in deciding to play, all the plaintiffs have to do is cite the Big 10 and PAC-12 as evidence of a what a “reasonable” college football conference does to protect its athletes in the age of COVID. I wonder if the Big 12 is going to make athletes sign liability waivers before taking the field.

There’s another bit of spillover from the split among the conferences:

Big 12 commissioner Bob Bowlsby simply not a fan of trying to play football in the spring. Said the idea never “made a lot of sense.”

It doesn’t make a ton of sense to me either, as one would think it’d be somewhat safer playing in September and October, when the “second wave” is picking up speed, than in March, when it might be steaming full-bore. Maybe the idea is to buy time for the vaccine to arrive, or at least antibody drugs; even if you’re more likely to be infected in the early spring, you’ll probably also be more likely to survive since science will have had six more months by then to expand its knowledge of the disease. Testing might be cheaper and much more plentiful by then too.

As of right now, the Big 10 and PAC-12 are hoping — futilely, probably — to play football this spring. If the entire Power 5 had canceled fall football, it would have been at least theoretically possible to play a normal season starting in March or April. With the Big 12 deciding to play this fall (and presumably the ACC and SEC soon to follow), the Big 10 and PAC-12 are marooned. Either they’ll have to cancel the season altogether or play each other exclusively next spring. Maybe they can play all-conference schedules and then have the winners meet for a summer Rose Bowl.

Nebraska also wanted to play this fall and was noisy about its unhappiness after the Big 10 pulled the plug. Asked whether Nebraska can play elsewhere this fall, the commissioner of the Big 10 replied, “No. Not and be a member of the Big Ten Conference.” A college football season without Nebraska is no big deal, but a college football season without the Buckeyes is. It’s hard to believe they won’t play and equally hard to imagine the Big 10 booting its most storied program. What happens next?

Axios: Guess why Democrats are pivoting away from mass mail-in balloting?

“For a lot of people, [California’s] losing its luster.”

WE TOLD YOU SO: Democrats Are Making a U-Turn on Mail-In Voting

Did Jerry Nadler Have An Accident on Live TV?

“For them to see me express my beliefs as a Republican, it’s crazy to think it came down to this.”

Woke Prince Harry and Meghan get out the vote for Biden, Trump responds perfectly

“I really think was a disservice to the process and a disappointment to millions of Americans.”

GOP closing gap with Democrats on voter registrations in Florida

Cosmopolitan: Support the brave protesters in Louisville, donate to pay their bail

Shooting is a crime, it is not protesting.

Breaking: Biden calls lid for the day at 9:26 am ET; Update: Ninth half-day this month?

“Mr. Durham’s staff members sought information about the debate over the subpoenas that the F.B.I. tried to obtain in 2016…”

“That has to be approved by the White House. We may or may not approve it.”