RIP: Herman Cain passes away from coronavirus at age 74 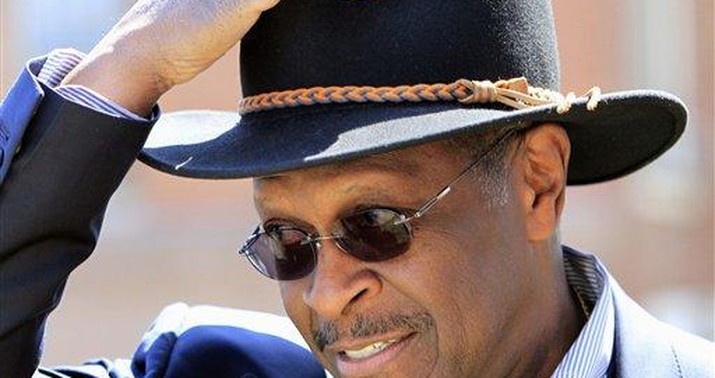 At the age of 23, I served as the communications director for Herman Cain’s presidential campaign. It was a chaotic experience, which explains how someone fresh out of college could find herself explaining away gaffe after gaffe from an unpolished candidate.

His American Dream story is one for the history books. Overcame absolute destitution, genuine discrimination, stage IV cancer and so much hardship in between. Rose up the ranks of America's biggest corporations, advised presidential campaigns, chaired a Federal Reserve bank…

After successfully completing college as a "Morehouse Man," a distinction he proudly carried with him his whole life, he became a rocket scientist for the Dept. of the Navy. Quite literally a rocket scientist. I guess that degree in math and physics helped.

He singularly took down HillaryCare when he had the tenacity to school President Clinton on basic economics in a townhall. Clinton, smug as ever, smirked as he thought Cain would side with him. He was wrong. Herman humiliated him. https://t.co/gF2NLaL5pU

Kemp's death inspired Herman to fight his own battle against stage IV liver and colon cancer. Miraculously, he beat cancer. I remember him telling me how much he loved and missed Jack Kemp, and how he had wanted to beat cancer because Kemp couldn't.

He understandably got a lot of blowback on this. But, members of a northern Virginia mosque opened their doors to him. They educated him. They broke bread with him. They had him speak to summer campers. He called me from the airport, voice cracking from holding back tears…

…he told me how wrong he had been, how wonderful of a time he had and how they invited him to speak at a future Friday service. His life was clearly changed by the experience. I hung up the phone and cried myself.

Stage IV cancer at age 60 — and he beat it, went on to host his own radio show, then parlayed that fame into an upstart run for the GOP presidential nomination that had him leading the polls at one stage of the race. Presidential campaigns are grueling even for young candidates. Cain did it at 65 as a cancer survivor and seemed to have had the time of his life. Political historians will look back at his run as a harbinger of Trump’s success later, proving that a businessman outsider with a populist touch could get surprisingly far head-to-head with the GOP establishment. If Cain had been a well-known national celebrity like Trump when he launched his bid rather than a minor right-wing media celebrity, who knows how far he would have went?

Dan Calabrese provided a few details of his former boss’s battle with COVID on Cain’s website this morning:

Let me deal with some of the particulars of the last few weeks. We knew when he was first hospitalized with COVID-19 that this was going to be a rough fight. He had trouble breathing and was taken to the hospital by ambulance. We all prayed that the initial meds they gave him would get his breathing back to normal, but it became clear pretty quickly that he was in for a battle.

We didn’t release detailed updates on his condition to the public or to the media because neither his family nor we thought there was any reason for that. There were hopeful indicators, including a mere five days ago when doctors told us they thought he would eventually recover, although it wouldn’t be quick. We were relieved to be told that, and passed on the news via Herman’s social media. And yet we also felt real concern about the fact that he never quite seemed to get to the point where the doctors could advance him to the recovery phase.

Trump critics are pointing out on Twitter this morning that Cain attended the president’s ill-advised rally in Tulsa on June 20 but Newsmax is right that there’s no way to tell if he contracted the virus there. “He had been on a whirlwind travel schedule in June, stopping in multiple cities,” the site notes. There’s no way to tell either if he was normally a stickler about taking precautions and was infected anyway, but he did decide to forgo a mask at the rally:

Someone in my own extended family was the same way, a few years older than Cain with a history of health trouble who refused to let the pandemic prevent him from going out and doing the things he wanted to do. He passed away in April, also from COVID. “He was a great friend, a great guy,” said Dick Morris of Cain to Newsmax. “Suddenly, the plague strikes home.’’ Yep. One death is a tragedy, 150,000 are a statistic.

I can’t remember where I saw it but someone speculated that Trump’s recent pivot towards mask-wearing and taking more of a “safety first” approach to the pandemic was driven partly by Cain’s long ordeal with COVID in the hospital. The White House must have known that it was touch-and-go with his recovery and of course they knew that Cain had attended the Tulsa rally. If he passed away, they expected that the media would lay blame at Trump’s feet and treat Cain’s death as an object lesson in the campaign’s recklessness in prioritizing reopening over public health. So they got ahead of it by shifting towards making health their top priority, the theory goes, most notably by Trump canceling his convention mega-rally in Jacksonville. Maybe that’s true, or maybe Trump’s pivot was a simple reaction to the polls lately, but it could be that he had the same reaction to Cain’s hospitalization as Morris — once the plague strikes home by threatening someone you know, it’s harder to treat it as not such a big deal.

Watch the Clinton clip embedded in Carmichael’s thread, as its one of Cain’s finest moments. I like this clip from Matt Lewis too. Imagine starting out in life being told you’re so inferior that you have to drink from a separate water fountain and getting as far as Herman Cain got.

In 2011, Herman Cain told me a story about growing up during segregation in Atlanta, Georgia. His campaign turned our interview into this ad. I'll be thinking about it today. RIP! pic.twitter.com/u8uiQRxSOH