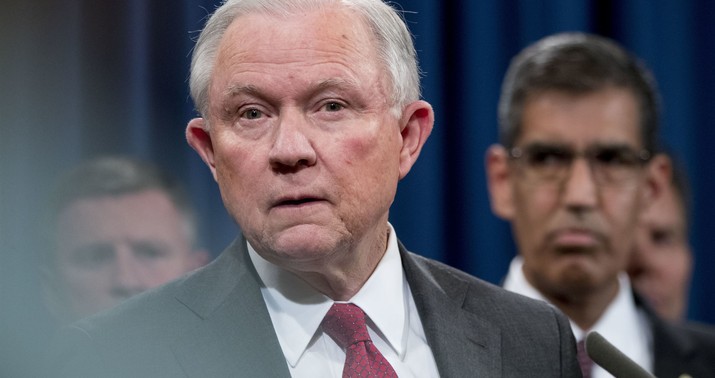 The Alabama senate primary today is probably the best case study we have to date in whether there's a politically appealing populist-nationalist ideology undergirding Trumpism, or whether it's just a personality cult that will last only as long as the man himself.

Alabama’s an interesting state. It’s blood red but the Trump “personality cult” whiffed twice there in a previous Senate election. Trump endorsed Luther Strange over Roy Moore in the 2017 primary runoff for Sessions’s vacant seat, only to have Alabama Republicans opt for Moore. Trump then turned around and endorsed Moore in the general election even as Republicans like Mitch McConnell ran away, spooked by the reporting alleging that Moore had chased teenaged girls as a grown man. Alabamians turned around and elected Democrat Doug Jones to the seat.

Tonight is (probably) different. No one who’s worked for Trump — not Mattis, not Rex Tillerson, not even chronic critics like Anthony Scaramucci — has been attacked by him as harshly and as frequently as Sessions, and all because of a single decision he made to recuse himself from the Russiagate probe. That probe ended with Robert Mueller finding no collusion with Russia by the president or his campaign, an outcome that would have been more easily discounted by swing voters had it been overseen by a political crony like Sessions. No matter. Not only has Trump never forgiven him for his show of ethics, he was still savaging him in hopes of tanking his bid to win back his old Senate seat as recently as 24 hours ago:

“I will tell you, I got to know Jeff Sessions very well,” Trump said Monday in a conference call with GOP activists which he joined with Tuberville, according to The New York Times and AL.com. “I made a mistake when I put him in as the attorney general. He had his chance and he blew it.

“He recused himself right at the beginning, just about on day one of a ridiculous scam, the Mueller scam, the Russia, Russia, Russia scam. And Jeff didn’t have the courage to stay there. He didn’t know about Russia. He had nothing to do, but he immediately ran for the hills. ”

Trump told voters that if they elect Tuberville, their new senator “is going to have a cold, direct line into my office. That I can tell you.”

As a consequence, a politician who hasn’t had a tough race in his home state in nearly 25 years is on the brink of being humiliated. Since the 1996 Senate election, when Sessions won his seat by seven points on a night that otherwise favored Democrats nationally, his narrowest victory was a 19-point blowout in 2002. He could very well lose by that margin, or worse, this evening. An internal poll taken in mid-June had him within six points of the favorite, former Auburn coach Tommy Tuberville, but a public poll published a few days ago (by, er, Auburn) had Tuberville up 16. Tuberville’s run a “smart” race in the same way that Biden is running a “smart” race, just sitting back and letting a more dangerous, remorseless enemy of his opponent do his political dirty work for him. In Tuberville’s case, that enemy is Trump; in Biden’s case, it’s COVID-19.

Trump has been happy to lend Tuberville a hand too, lashing Sessions so regularly that the former AG momentarily regained his spine a few nights ago and hit back — gently:

I’ve taken the road less travelled. Not sought fame or fortune. My honor and integrity are far more important than these juvenile insults. Your scandal ridden candidate is too cowardly to debate. As you know, Alabama does not take orders from Washington. https://t.co/1I6ROih43E

Further to Markay’s point, some of the best known populist-nationalists on the American right have pitched in this week to try to boost Sessions’s chances. Tucker Carlson had him on as a guest recently and called him “one of the very few politicians I do respect.” Ann Coulter has also promoted Sessions relentlessly:

Whenever Republicans need our votes, they’re bellicose opponents of mass immigration. Then they get elected and dedicate themselves to importing millions more low-wage immigrant workers.

Help him out, Alabama, and VOTE FOR THE TRUE MAGA CANDIDATE, JEFF SESSIONS!#VoteSessions #Alabama

He was the Senate’s staunchest border hawk before Trump turned immigration restrictionism (in theory) into GOP orthodoxy. And yet he’s on the verge of being destroyed in his home state and having his political career end ignominiously because of a single decision he felt ethically compelled to make.

Ed thinks he’s headed for an unholy rout, something on the order of 25 points or better. I think it’ll be considerably less than that — something more in the neighborhood of 10-12. Trump’s declining polling nationally combined with Sessions’s universal name recognition in Alabama should earn him a few “for ol’ time’s sake” votes at the margin to hold Tuberville’s margin of victory down. There may be some Republicans on the fence who vote strategically for Sessions as well, believing that a candidate who’s been vetted as thoroughly as him is a surer bet this fall against Jones than Tuberville, whose vetting in some ways has only just begun. A poll taken a few weeks ago in Alabama had Tuberville ahead of Jones by just three points in a hypothetical race.

The same poll also had him up 22 on Sessions, though. Gulp.

You can track results in the widget below. There’s less suspense tonight about the outcome than there is about how Sessions will handle an embarrassing defeat. Will he finally let loose on Trump in his concession speech? He’s showed flashes of indignation at Trump’s criticism of him on Twitter as he’s fallen far behind Tuberville but he had to be cautious about attacking the president for fear of further alienating Trump fans who’ll be out voting tonight. Once the votes are in, there’s nothing holding him back from unloading on the president. His political career will be over, ruined by a man who rewarded him for being the first big-name Republican officeholder to hop on the Trump train in 2016 by driving him out of government. Let loose, Jeff. If you can’t have a Senate seat, you can at least get a little of your manhood back.