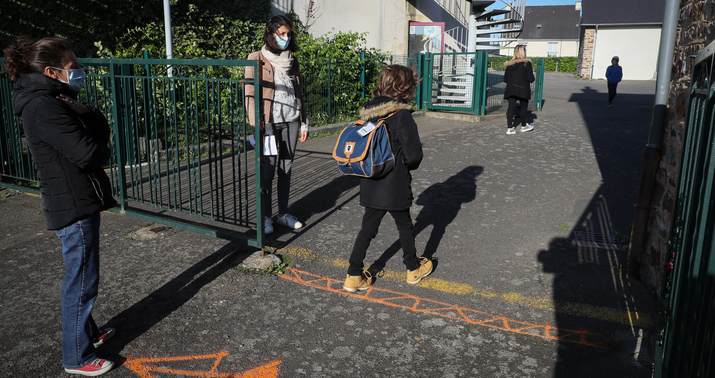 It won’t take many outbreaks like this at school this fall to spook parents into pulling their kids out.

Organizers of the Kanakuk K-2 camp in Lampe in the state’s southwest near the Arkansas border made the decision to shut down last week due to a number of suspected cases, according to the Stone County Health Department…

As part of more than 30 measures being taken to prevent an outbreak, staff were said to have installed “medical-grade air filtration systems” and hand sanitizers in each cabin, while requiring the campers to sleep head-to-foot.

Parents also had to complete a form asserting that their child had self-quarantined for 14 days prior to heading off for camp.

They took precautions, as you can see. It just wasn’t enough. Getting kids to wear masks and clean their hands regularly is hard; getting kids to stay six feet away from each other at all times, especially at camp, is probably impossible. It’s not the only camp outbreak this summer, either: The AP notes several more, including one in Texas that was linked to 76 cases.

I haven’t seen any reports specifying how many kids at the Missouri camp were infected versus how many adult staffers. It’s notable, though, that the camp served 13- to 18-year-olds, not very young children since older kids seem to be less immune to infection than younger ones are. I wonder if we’ll end up with elementary schools open this fall while high schools take their chances with distance learning.

Balance of data clearly shows they’re less likely to become infected and less likely to transmit infection. But IMHO we need to have humility on this question and recognize we don’t fully understand all the risks; and while kids are less vulnerable, less risk doesn’t mean no risk

Needless to say at this point, adult staff infected at camp or at school are at much greater risk for what scientists delicately describe as a “poor outcome.” That’s on the radar of America’s teachers union:

There are now-retired teachers in my own family who’ve substituted in years past and are destined to opt out this fall because the risk of serious illness or death is simply too great. “[W]e will not be complicit in standing by and letting politicians cavalierly warehouse those kids without caring about their safety because, oh, we need their moms and dads to go back to work,” said the president of the NEA to Time about schools reopening. “We could do this in a safe, medically sane way, but it’s going to take money. Why was that not even a question when it was Shake Shack that might have to lay people off and go bankrupt?”

The risk can be reduced, although not eliminated, by taking proper safety precautions, but the time for that was months ago given the magnitude of the undertaking. This public-health expert from the Center for Global Development thinks we did it ass-backwards in the spring: We should have kept businesses closed longer in order to drive down infections in states and started gearing up early to reopen schools in the fall by outfitting them with new safety measures. Potentially that would have enabled a robust reopening of everything in September — kids back to school, parents back to work, infections manageably low and potentially sustainable that way for awhile. Instead…

As @ProfEmilyOster told NPR today, the kind of safety adaptations being floated are all pretty burdensome and would require major infusions of staff and cash that schools just…don’t…have. https://t.co/FGH7bh5cPj pic.twitter.com/PId2mkjJir

So as a practical matter, the decision schools face in early August is whether to reopen 1) amidst higher case numbers than when they suspended last spring; and 2) with little clear guidance, support, or funding to do so safely.

It’s not just younger students who are at risk, of course. Some colleges and universities have already made peace with the idea that nonessential activities like sports won’t be held this fall. Others are going to arrive at that conclusion soon too, but they’ll have to learn the hard way:

Ohio State has paused all voluntary workouts on campus following the results of its most recent COVID-19 testing of student-athletes. School doesn’t release number of positive tests

I’ll leave you with Susan Collins putting a little distance between herself and the president on schools in Maine. Yesterday Trump threatened to withhold federal funding from states that didn’t reopen schools on his preferred timetable, the same threat he made in the spring to try to pressure states into reopening businesses on his timetable. Collins isn’t having it. Robert Redfield, the head of the CDC, also reassured the public today that the agency won’t be revising its safety guidelines for schools after the president said they were too “tough.” One of the worst things the administration could do right now is give parents good reason to think schools are cutting corners on their kids’ health because Trump’s in a rush to get parents back to work and needs schools to house their kids during the day. Redfield’s actually helping Trump on that point by signaling that safety won’t be compromised. I wonder if Trump’s smart enough to appreciate it or if he’s going to keep pounding the table on reopening at all costs until parents decide nope, we’re all staying home.