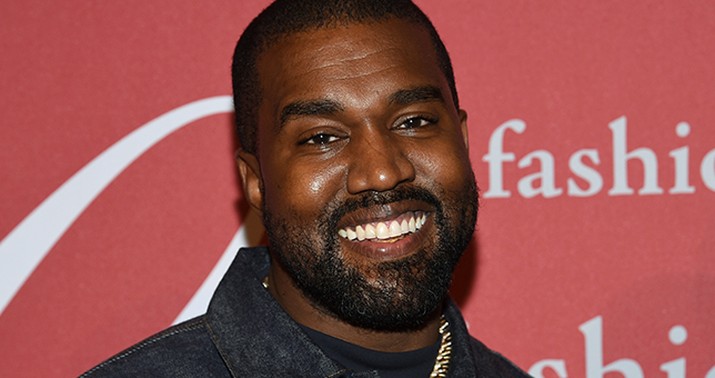 I’m about 50/50 on whether this is something he tweeted out in a burst of exuberance while celebrating on July 4th, with zero intention of seeing it through, or if it’s a clever ploy by Trump borne of desperation to try to bleed votes from the base of young adults that Biden’s counting on. “Hello, Kanye? It’s Donald. Listen, I need a favor…”

We must now realize the promise of America by trusting God, unifying our vision and building our future. I am running for president of the United States 🇺🇸! #2020VISION

There’s a potential PR angle here since he has an album coming out soon, but Kanye’s not the Dixie Chicks. (Pardon me, I mean “The Chicks.”) He doesn’t need to manufacture political buzz to move sales. And as Karen pointed out yesterday, he’s chattered about running for president off and on for years. Clearly there’s genuine interest there.

Which remains surprising, as West isn’t a vocal advocate for any particular slate of policies. He’s pals with Trump, enough so to have worn a red MAGA hat during a meeting with the president in the Oval Office, but if he’s out there pushing a Trumpist agenda I’ve missed it. His most memorable political pronouncements recently have had to do with pushing back on critics who’ve attacked him for not conforming to the political expectations of a major black artist by embracing Trump. (If he follows through on running for president and begins cutting into Biden’s lead, the heat he took before from the left for his MAGA-friendliness will be a picnic compared to what’s in store.) His wife described him as essentially apolitical in an interview two years ago, which is how he strikes me too:

It’s unclear where Kanye West stands on the political spectrum – for a time, the singer was one of the few high-profile Trump supporters in the entertainment industry, but was never able to articulate why; it seemed to be an aesthetic choice, based on personality rather than policy.

At least, that was the explanation offered by Kim Kardashian West, in a 2018 interview with Van Jones, who acknowledged the rapper is, “not political, actually.”

“He just happens to like Donald Trump’s personality but doesn’t know about the politics,” she continued. “He will always say he was friendly with (Trump) before, and he’s the same person and friendly with him now … I know it’s very confusing because when you see someone wearing a red hat, you would think that they are supporting that, but he’s just fighting for free thought and the freedom to like a person, even if it’s not the popular decision.”

West’s “political” pronouncements tend to boil down to “we need more understanding of others” and “we need less conformity of thought,” both of which are very welcome sentiments in America 2020 but not really the stuff of presidential campaigns. What would his policies be? CNN notes that he said in an interview a few years ago that they’d be a combination of “the Trump campaign and maybe the Bernie Sanders principles. That would be my mix.” So, uh … protectionism, I guess? “When I talk about the idea of being president, I’m not saying I have any political views. I just have a view on humanity, on people, on the truth,” he told the BBC in 2016.

What he really wants to lead is some sort of new-age religious movement, I think, and he’s channeling that impulse into politics because he’s been conditioned to do so by America’s cult of the presidency. Add that to the fact that a lesser celebrity than Kanye himself was able to win four years ago and naturally West’s desire to spearhead some sort of social change would point him towards the White House.

Lay aside the question of “Will he run?” and look to the question of “Can he run?” “The filing deadline for independent candidates to appear on the November general election ballot has already passed in Alabama, Illinois, Montana, Nevada, New Hampshire, New Mexico, New York, North Carolina and Texas,” Newsweek notes, adding that the deadlines in Colorado, Florida and Michigan are approaching later this month. You can’t just register to be on the ballot either; you need thousands of signatures on a petition to qualify, and collecting signatures in that volume is an organizational undertaking. West has the money to make it happen but the task will be further complicated by the fact that fewer people will be out and about on the streets in a state hit hard by the coronavirus like Florida. If he wants to be on the ballot, he needs to start moving right away. There’s no evidence that he’s doing so.

And even if he did: Haven’t we seen this movie before?

Eh, I don’t know about that. Williamson is quite famous in her own right, if not “Kanye famous,” but Williamson’s constituency in the primaries was never clear. She ran on a left-wing policy platform against two of the most formidable leftist politicians in the country in Bernie Sanders and Elizabeth Warren. She was never going to out-socialist them. If she was going to make a mark, it would have been with some ill-defined cohort of left-leaning new agers crying out for less chatter in American politics about tax rates and foreign policy and more chatter about “dark psychic forces.” Who was that cohort? Democratic “wine moms”?

Silver’s right that critics, me included, are inclined to not write off anyone anymore after The Miracle of 2016 but the potential appeal of Williamson’s pitch was much less obvious than West’s. His hook is straightforward: He’s a protest vote for young adults who aren’t thrilled with Biden and might be willing to back an outside-the-box candidate if the right one came along, like, say, the world’s most famous hip-hop star. Not qualifying for the ballot in various states will hurt his ability to play spoiler for Biden but it won’t destroy it completely. Remember how tight things were in 2016, says Tim Alberta:

But to dismiss the potential impact of one of the world's most famous people telling voters he's a candidate for POTUS seems unwise.

I hope he starts pushing himself as a write-in candidate just because I’m curious to see how intense the Democratic freakout about it might get, especially after we get a poll or two on a three-way race between Biden, Trump, and West. Would other celebrities start attacking Kanye to dissuade him? Would he start doing political talk shows to try to promote his half-candidacy? In a normal year the odds of West following through on this and actually affecting who the next president is would be 1,000 to one, but in 2020 they can’t be worse than … an 85 percent probability, I’m guessing. Maybe more like 90 since he has an album coming out and he’ll be on people’s minds.