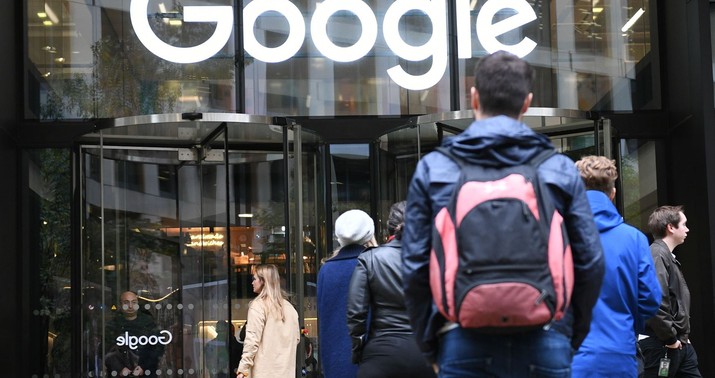 Here’s the link to obtain country or individual state reports of trends in people’s movements as tracked by Google. I don’t find the information all that interesting except in a “yep, there’s social distancing happening here” way, but it’d be more useful if we had baselines from which to measure. For instance, is there some critical threshold of decline in visiting workplaces or retail stores that epidemiologists might use as a benchmark to say, “This state is going to see a meaningful decline in its COVID-19 rates for sure”? I don’t know.

The report for the U.S. as a whole shows sharp declines in visits to retail/recreation spaces and transit hubs, a 38 percent decline in visits to workplaces, and more modest declines in visits to grocery stories/pharmacies and parks, as you might expect. People are staying away from heavily trafficked places. But we’d already surmised that from the decline in fever rates in nearly every county in America on the Kinsa “health weather” map.

Smaller declines in both, and lots of activity in parks. But then, that’s what we’d expect in two states where the epidemic hasn’t hit full force, right? The park data doesn’t tell us a lot either since parks are places where people might be able to congregate while also maintaining safe distances from each other. There may be a sample problem here too: Google only has data on people who have proactively turned on “location tracking” in Google Maps. The default is off. Presumably it’s mostly younger users of the app who even know that location tracking is available, meaning that Google could be missing whether older Americans — the most vulnerable class — are practicing social distancing more or less aggressively than everyone else.

All of the numbers above are confirmation that people are social distancing. But polls plus the unemployment data plus the Kinsa data has already showed us that. Maybe these numbers are useful for modelers, as they can inform assumptions about how much contact the average person in each state is having with others.

If the U.S. is going to do something useful with smartphone tracking, it’ll have to be at a much more granular level. Ed wrote about that a few weeks ago. Other nations, including South Korea and Israel, have already begun using smartphones for “contact tracing.” Once the state finds out that someone is infected, it pings the phones of people who were in close proximity to that person during the likely period of infection and advises them to self-quarantine for 14 days. In Israel there’s no specific app for this. The government just alerts you via your phone, with no ability to opt out.

It’s exactly the sort of thing that might be used in the U.S. once the virus has been tamped down to allow people to start venturing out again. Every doctor out there who’s endorsed social distancing imagines some regime of contact tracing being put into place before lockdowns are lifted so that potential infection clusters can be identified and isolated before they start spreading the disease locally. It’s hard to believe we have the manpower to do that in every state — but we might conceivably have the algorithmic power to do it via smartphone. The feds are already taking baby steps in that direction:

“I think that everything is gravitating towards proximity tracking,” said Chris Boos, a member of Pan-European Privacy-Preserving Proximity Tracing, a project that is working to create a shared system that could take uploads from apps in different countries. “If somebody gets sick, we know who could be infected, and instead of quarantining millions, we’re quarantining 10.”

The U.S. federal government, working with the Centers for Disease Control and Prevention, is creating a portal that will compile phone geolocation data to help authorities predict where outbreaks could next occur and determine where resources are needed, though the effort faces privacy concerns…

Massachusetts Institute of Technology researchers have developed an app to track Covid-19 patients and the people they interact with, and are in talks with the federal government about its use, The Wall Street Journal has reported.

That’s of limited use when hundreds of thousands of infected people are circulating in the population. Gigantic numbers would end up in proximity to them by chance and would need to self-quarantine; essentially, we’d end up in the situation we’re in now. It’s more useful after the first wave of the virus burns out and we reboot. There are indeed “privacy concerns” to tracking movement, but even the loudest privacy advocates are coming around to technological solutions to end the nightmare we’re all trapped in:

“I’m very concerned” about civil liberties, writer Glenn Greenwald, cofounder of the Intercept, who built his career as a critic of government surveillance, told BuzzFeed News. “But at the same time, I’m also much more receptive to proposals that in my entire life I never expected I would be, because of the gravity of the threat.”…

“The kind of digital surveillance that I spent a lot of years — even before Snowden, and then obviously, the two or three years during Snowden — advocating against is now something I think could be warranted principally to stave off the more brute solutions that were used in China,” Greenwald said…

Julian Sanchez, an analyst with the Cato Institute and commentator on digital surveillance and privacy issues, told BuzzFeed News he was willing to accept measures he might otherwise have concerns about to limit the spread of the virus.

“I’m about as staunch a privacy guy as it gets,” Sanchez said. “In the middle of an epidemic outbreak, there are a number of things I’m willing to countenance that I would normally object to, on the premise that they are temporary and will save a lot of lives.”

We can all tolerate it if it’s temporary.

…No one thinks it’ll be temporary, right?

In lieu of an exit question, here’s a niftier bit of data visualization. It’s a map of the U.S. from the Center for Spatial Data Science at the University of Chicago that shows you potential hot spots as they emerge. You can filter it by daily new confirmed cases of COVID-19, daily new deaths, and cases and deaths per capita in each county to see which states have the most to worry about.