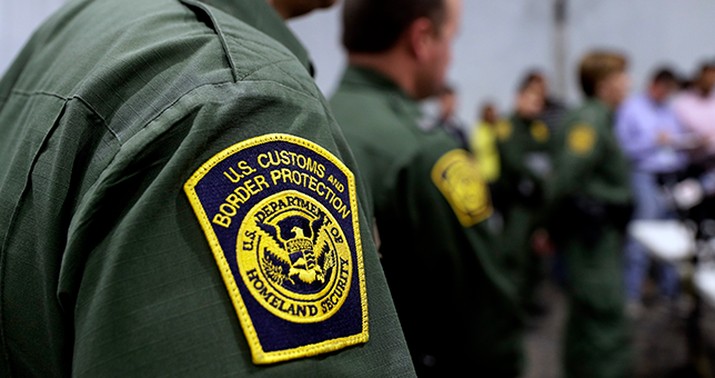 But how could it have been otherwise? Trump banned travel from China by foreign nationals on January 31, a point he’s returned to repeatedly lately as proof that he was taking the crisis seriously. Not true — his many comments in January and February about how the virus will go away soon cut the other way — but I’m trying to imagine how the public would have reacted if he had banned travel from China on, say, January 1 instead.

He would have been shredded by his antagonists. Democrats would have accused him of pulling a stunt to distract voters from impeachment. The media would have attacked him for a xenophobic overreaction to a problem that China seemed to be on top of. Some outlets criticized him for the ban on the 31st, in fact; here’s a piece at Stat quoting experts who thought the ban would be “counterproductive.” The shining lesson of the pandemic to date is that governments need to move earlier rather than later, but that if they do they’ll be pilloried by skeptics who don’t grasp the threat. Trump would have gotten a noseful of that if he’d acted more aggressively to limit traffic from China.

It’s 20/20 hindsight to say he should have moved much sooner. Even though these numbers are garish:

Travel data of passengers arriving in the United States from China during the critical period in December, January and February, when the disease took hold in that country, shows a stunning 759,493 people entered the U.S…

“The United States banned travel to China 12 days after the world heard there was an outbreak of severe pneumonia in Wuhan. … The problem was, it was too late,” said Dr. Todd Ellerin, chief of Infectious Disease at South Shore Health and an ABC News Consultant. “Even though there had only been 12 confirmed cases in the U.S. on the day President Trump announces the travel ban, the reality was there were many more unconfirmed cases.”…

ABC News examined data from December, January and February on travelers entering the U.S. from eight of the hardest-hit countries: 343,402 arrived from Italy, 418,848 from Spain and about 1.9 million more came from Britain…

Combined with those from China, that’s more than 3.4 million people from just four countries — nearly half, about 1.5 million, Americans returning home.

We’ll never know how early the virus arrived in the U.S. but the first known case was January 19 in Washington. Genetic evidence suggests that COVID-19 began spreading locally in the community immediately. If we’d been able to test for the disease at that point, or in the weeks immediately following, America today might look more like South Korea. But the fact remains that a ban on travel to or from China before the U.S. had any known cases of the disease would have caused a public uproar. China managed to contain SARS, didn’t it? Then why not give them the benefit of the doubt on containing this?

The timing of the China ban is defensible, however disastrous. The timing of other bans is less defensible. Trump didn’t end travel from Europe until March 12, just three weeks ago, when there were already nearly 18,000 known cases in Italy. Spain had more than 5,000 that day and the UK had 800. The problem was already thoroughly global. Italy, in fact, already had 2,000 known cases as far back as March 1. Why wasn’t travel from Europe banned much sooner, knowing the risk that infected visitors would seed outbreaks here?

And why weren’t people returning from Europe screened more aggressively upon entry? Those who’d recently been abroad were whispering to reporters in mid-March that they received detailed instructions at foreign airports on what to do if they’d visited a hot spot like China but were sent on their merry way by Customs and Border Protection once they arrived in the U.S. The China travel ban in January provided that anyone entering the U.S. who’d been to Hubei Province in China within the past 14 days would need to be quarantined for two weeks. By early March, were visitors from Italy so much less of a risk that they could be waved through?

What’s done is done. What’s left is the final frontier: Travel bans among U.S. states. The Times posted a map today showing a regional disparity in the United States in which people in the northeast and on the west coast are locked down whereas lots of people in the south are still traveling more or less normal distances. That may be an artifact of how far away grocery stores are in rural areas, but the underlying point remains that not every state has moved as aggressively as every other one in demanding that people distance themselves from each other. “Let’s assume that we flatten the curve, that we push transmission down in the Bay Area and we walk away with 1 percent immunity,” said an epidemiologist in San Francisco to the Times. “Then, people visit from regions that have not sheltered in place, and we have another run of cases. This is going to happen.” We’ll have the Wuhan problem all over again, except this time Wuhan is New York City or New Orleans. What’s to be done?

Charles Cooke asked a good question a few days ago. Given the gigantic number of cases in NYC, why on earth are there still flights to and from the city?

As I write, direct flights from Newark to Miami are going for $19 on Frontier and $29 on American Airlines. Given the seriousness of the pandemic — and the number of businesses that have been shuttered as a precaution — this seems downright bizarre. Why, one might reasonably ask, are airplanes not subject to the same social distancing rules as other commercial services? The crab shack on the beach near me is closed because the authorities in my county are worried that its customers may stand too closely together while waiting for their tacos. Is this not an equal risk in Basic Economy on United Airlines?

Trump is reportedly thinking about restrictions, weighing the economic damage against the risk of infection. Cargo transports would obviously still need to be allowed. And certainly most people are avoiding flights anyway for their own safety. But this feels like a third case of him moving too slowly to restrict travel. Being late with the China ban was understandable, being late with the Europe ban was less so. Why not pull the trigger?