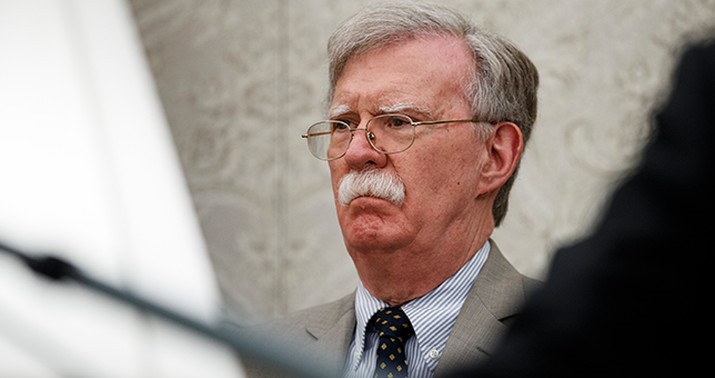 Want to guess the names of the suspected defectors before reading further? There are four. You should know them by heart by now.

Some anti-Trumpers on Twitter are scoffing that this story is thin (true) and smells more like an attempt to cow the Susan Collins faction into not defecting than a straightforward report about the state of play. Could be. But Collins did say last week that she’d been talking to a “fairly small group” of Republican colleagues about calling witnesses, and sounded open to the idea.

And if you read this post, you know it’s not so unlikely that she and other centrist GOPers might want to call a few witnesses while Democrats might secretly oppose the idea despise their loud public protestations to the contrary. The endgame for Dems right now is undermining the eventual “not guilty” verdict. If Republicans decline to call witnesses despite weeks of Democrats hollering at them to do so, it’s a golden opportunity for Pelosi and Schumer to declare the trial a total “sham” — especially now that John Bolton’s announced his willingness to testify.

For Collins and the rest of the centrist Republicans, though, the calculus is the opposite. If they can get away with calling a few witnesses without doing any damage to Trump, they’re better off calling them. They want to convince the public that this is a real trial, sort of; that they haven’t made up their minds yet about Trump’s guilt, although of course they have; and that they’re going to do their work as jurors diligently, which might help soothe any anger among swing voters back home after they vote for acquittal. All of that is worth taking a calculated gamble that Bolton’s testimony won’t be too damaging to Trump, or at least not so much that it makes the eventual “not guilty” vote significantly harder to justify. CBS:

Senior White House officials tell CBS News they increasingly believe that at least four Republicans, and likely more, will vote to call witnesses. In addition to Senators Lisa Murkowski of Alaska, Susan Collins of Maine, Mitt Romney of Utah and possibly Cory Gardner of Colorado, the White House also views Rand Paul of Kentucky as a “wild card” and Senator Lamar Alexander of Tennessee as an “institutionalist” who might vote to call witnesses, as one official put it.

Last week, Collins said she was working with a “fairly small group” of GOP senators to allow new testimony, adding that her colleagues “should be completely open to calling witnesses.” Romney has expressed an interest in hearing from former national security adviser John Bolton, who has said he would testify under subpoena. Murkowski said last week that the Senate should proceed as it did during the 1999 Clinton impeachment trial.

Gardner and Alexander have both said the Senate trial should be fair and impartial. Paul has said the president should be able to call his own witnesses, including the whistleblower whose complaint about Ukraine sparked the impeachment inquiry in the first place.

Hard to imagine a hardcore Bolton-hater/Trump crony like Rand Paul agreeing to call Bolton, but Schumer doesn’t need his vote to get to 51 on that. The ace in the hole here for Collins and the rest with respect to Bolton may be executive privilege, which Trump has promised to use if he testifies. Even if Bolton has some critical things generally to say about the Ukraine matter, if the White House can prevent him from revealing any direct communications with the president on the subject then Senate Republicans will still be able to say later in defense of their acquittal verdict that there was no firsthand evidence of Trump’s participation in the quid pro quo. It was all Rudy’s fault or Mulvaney’s fault or whoever.

So maybe it’s safe-ish for them to call Bolton. And it’s also safe-ish for them to call Hunter Biden as a concession to Trump, to “balance” Bolton’s testimony. There’s little downside to Republicans from Hunter testifying about Burisma and his father’s role in Ukraine diplomacy; it obviously looks shady that he was asked to serve on Burisma’s board and he’s not going to produce some smoking gun that clears Joe of all suspicion of influencing Ukraine in Burisma’s favor. What Collins and the rest worry about, I think, is letting the trial derail by giving Trump a free hand to chase whichever witnesses he wants to flesh out his Burisma theories. If they can arrange a clean “Bolton for Biden” trade — one new witness for each side — and get Trump to okay that, maybe they’ll do that deal as a concession to the left and the right. Whatever gets them through this with the least possible political risk back home.

One other point about witnesses. I posted this new Quinnipiac data in the earlier thread but look at it again, focusing on the Republican numbers this time:

More Republicans support calling Bolton than oppose doing so, which is less surprising than you may think. A pair of polls that came out shortly after New Year’s also showed a strong majority of Americans support calling new witnesses. Why would GOPers be gung ho for that? It’s a combination, I think, of Trump fans wanting the president to finally have the power to put his own witnesses on the stand and believing that, as he’s said all along, he’s done nothing wrong and therefore has nothing to hide. (Which makes it weird that he suddenly seems to support canceling the trial altogether and having the articles of impeachment dismissed, but whatever.) Bolton wants to testify? Great, let him. He’ll vindicate Trump. Then the president can call Hunter and the whistleblower and maybe Adam Schiff and go on offense.

That’s not how the trial will work in practice, but the point is that the polling is encouraging Collins etc. to be more open to witnesses. Even the polling within their own party.

I’ll leave you with two new ads from Republican anti-Trump groups on impeachment. One is from Bill Kristol’s group, the second from George Conway’s.

Cory Gardner, do your job. pic.twitter.com/98QpeewTD8

“…the weakest response to a national crisis in Canadian history.”

Stupid is as stupid does

RECEIPTS! Jeff Carlson's fact-filled thread details exactly HOW the DOJ was fundamentally pushed to the Left under Obama and WOW

Question for Steve Schmidt: If ousting Trump is such an “emergency,” why wouldn’t you vote for Bernie Sanders?

“Seems to me Donald Trump isn’t the emergency that you say he is.”

Elizabeth Warren on the Bernie Bros: ‘We do not build on a foundation of hate’

“I don’t think it’s sufficient just to say, ‘I disassociate myself’”

New San Francisco DA is getting tough… on the police

As promised and predicted

“This guy is designated by the United States”: Pompeo blasts Senate Dems over Zarif meeting

“The aperture may open for the president to act in provocative ways that may provide him electoral benefit.”

Bloomentum: Bloomberg now tied with Bernie for the lead in Virginia

It’s on: Chamber of Commerce versus The Sunrise Movement in Texas

And he then proceeds to do the same thing

Landslide? New poll of Nevada suggests Bernie is pulling away

Andrew Malcolm and the Lightning Round at 4 pm ET!

Fox News: Bloomberg said in 2011 that black and Latino males “don’t know how to behave in the workplace”