Is it too apples-and-oranges to compare their online haul yesterday to their haul the day after Ginsburg died in September 2020? That was six weeks before a presidential election, at a moment of high civic engagement when liberals were already shelling out money hand over fist to try to push Trump and the GOP out of power.

Whereas yesterday was just a spring day, six months out from a midterm election, when the news was dominated by a leak that may or may not portend the imminent demise of Roe v. Wade.

Look at it this way, I guess. Had there been a gigantic spike yesterday in donations, that would be a signal that Dem voters really have awakened suddenly from their midterm stupor and that the outcome this fall might newly be in doubt. As it is, there’s no such evidence.

In the 23 hours after POLITICO reported a draft Supreme Court opinion that would overturn Roe v. Wade, ActBlue took in just $9 million — just a small uptick from the days prior…

“Midterm voters care about affordability first and foremost, and they are not people who are worried every single day about losing access to abortion,” said Julie Roginsky, a Democratic strategist who began her career as a researcher at the abortion rights group EMILY’s List. “My fear continues to be that sometimes we as Democrats run on things that we wish the voters cared about, rather than what the voters do care about.”

Tell it to Ruy Teixeira, Julie. Dem strategists interviewed by Politico broadly agreed with Roginsky’s conclusion, that the end of Roe might goose turnout at the margins but certainly won’t be enough in its own right to relieve the party of the burden of high inflation. (“I just don’t see how this isn’t a bloodbath for Dems.”) Some pointed to Terry McAuliffe’s campaign last year in Virginia, which tried to spook suburban women into turning out for him by warning that abortion rights would be at risk if Glenn Youngkin were to be elected governor.

That pitch fell short, although there may be an apples-and-oranges problem there too. It was one thing to yammer about abortion being banned last year when Roe was still the law of the land, it’s another to do it this year after Roe has fallen. Democratic pollsters told Politico that it’s hard to accurately poll this subject since some voters simply don’t believe that Roe really might go. What happens when the decision is finally handed down and they have to face the new reality? Do the wallets — and votes — come out then?

Senate Republicans are worried enough about the prospect to have spent most of yesterday focusing on the fact that Alito’s draft was leaked, not on the holding of his opinion. They want to let sleeping dogs lie as long as possible.

Insofar as we can trust abortion polling right now, what do the polls say? There are two new ones this morning with good and bad news for both sides. The bad news for Republicans and good news for Dems is that a solid majority of Americans don’t want to see Roe overturned. Morning Consult has it 28/50 against while Fox News has it 27/63. No wonder the Senate GOP doesn’t want to do any victory dances.

How many Americans wrongly believe, however, that overturning Roe means abortion will be banned nationally?

What happens to the expected surge in Democratic voter enthusiasm once rank-and-file Dems realize that abortion will remain legal in the blue states where most of them are concentrated? Will the wind go out of the party’s sails en route to the midterms?

That brings us to the good news for Republicans the bad news for Dems in the polling. While it’s true that Americans don’t want Roe overturned — i.e. they want abortion to be legal at *some* point during pregnancy — they’re willing to be much more restrictive in setting cut-off dates than the average Democrat is. From Fox: That’s in line with Americans’ views on abortion in numerous polls dating back many years. They oppose outright bans but support tightening regulations as pregnancy develops and the fetus begins to evolve into something more recognizable as a person. Morning Consult finds just 25 percent want abortion legal in all cases while a mere 11 percent want it illegal in all cases; in Fox’s survey those numbers are nearly identical (27 and 11). The debate among most Americans is when to start limiting a woman’s right to choose, not whether to limit it or to recognize it in the first place. Which explains why majorities continue to support the general holding of Roe.

Here’s one more new poll to chew on:

According to our latest poll conducted after the Supreme Court story broke, 51% of Americans say a decision to overturn Roe v. Wade would have no effect on whether they vote in the midterms.https://t.co/vnbmz5tazf pic.twitter.com/2CJsqpckQ2

Again, that shows why the GOP is reluctant to do an end-zone dance over Alito’s opinion. Those numbers don’t mean that ending Roe would be an electoral game-changer, as I’m sure most of the 47 percent who say they’ll be more likely to vote were already preparing to turn out and vote Democratic. But it’ll squeeze a few extra votes out, the same way that Democratic threats to regulate guns help the GOP to turn out some extra low-engagement voters. Some Americans don’t take an interest in voting until their own rights are suddenly threatened.

I’ll leave you with Tim Ryan, the Democrats’ new Senate nominee in Ohio, getting out of the box early in trying to find those extra votes.

“J.D. Vance and these other folks are telling a mom or a young woman that if she gets raped…the government is going to make you bring that pregnancy to term. That’s insane in a free society.” 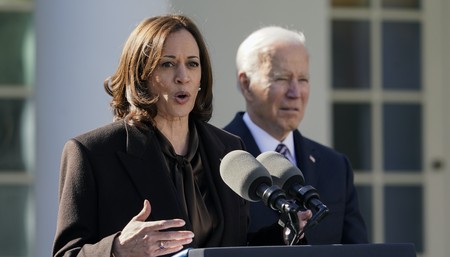