So I guess the mystery in this post is solved. He really is going all-in — sort of. We may never see a higher-stakes political experiment involving an irresistible force, i.e. Bernie’s momentum, meeting an immovable object, i.e. Bloomberg’s mammoth ad budget.

I’m betting on the irresistible force.

Especially since this doesn’t quite sound like “all-in.” Digital ads are mentioned here as part of the “onslaught” but where are the TV spots?

The campaign plans a multipronged attack, including the publication of opposition research on Sanders, these people said. It will also push out digital attack ads focused on Sanders’ record…

The attacks on Sanders, who has accused Bloomberg of trying to buy the Democratic nomination, will also attempt to highlight negative aspects of his record on race relations both as a congressman and senator, the sources said. This comes after Sanders, now seen as the Democratic front-runner, has taken aim at Bloomberg for his support of a policing policy known as stop-and-frisk that often targeted black and Latino people.

People within the Bloomberg campaign are also discussing whether to have surrogates and supporters write op-eds and show up on TV to speak out against Sanders, these people added.

I’d love to see a data analysis of the impact of digital ads versus TV ads on Bloomberg’s campaign. My hunch is that digital audiences skew younger while TV audiences skew older, in which case there’s a certain logic to Bloomy focusing on digital. Older Democrats already seem open to centrists like Biden and Bloomberg; it’s the younger ones who skew heavily towards Bernie that need to be convinced otherwise.

But the wrinkle is that those younger Sanders voters also seem to accept no substitutes, including Elizabeth Warren. How many Berniebros in the cult are going to be deprogrammed by a Wall Street billionaire’s attack ads?

It has worked out that way. But as I said in an earlier post, Bloomberg’s strategy to leapfrog the field and become the nominee was surprisingly viable in hindsight. All he needed was for Bernie to be a little bit weaker in the early states than he ended up being. If Iowa, New Hampshire, Nevada, and South Carolina split among two or more candidates (especially “or more”) we’d be looking at a mess on Super Tuesday in which no one was likely to win big. There’d be a multi-car pile-up at the top of the polls; a contested convention would be all but certain. Enter Mike Bloomberg, willing to spend a few billion to take, say, 30 percent of the vote on Super Tuesday and beyond thanks to support from Democrats who abhorred the stalemate in the race and were open to a guy who was prepared to nuke Trump with advertising. Bloomy would have had a shot. All he needed was for the Not Bernie candidates in the early states to win a couple.

Instead Bernie ran the table in the first three and has a real shot at SC. Bloomberg’s ad blitz, which was supposed to be an irresistible force, is now in the position of having to be an immovable object.

Am I underestimating the potential impact of an anti-Bernie messaging offensive, though? Via Newsbusters, watch Chris Christie draw a distinction between Trump in 2016 and Bernie in 2020. Trump was at least being vetted by the press, he notes. Who’s vetting Bernie? How many times has Sanders faced a hard question at the debates on a subject other than Medicare for All?

The media has begun looking at Bernie’s long disgusting history of useful idiocy for left-wing authoritarians but only now that it’s too late, when he’s already essentially the presumptive nominee. Bloomberg’s going to try to do their job for them belatedly, for his own benefit. Convince me that it’ll work, though, given that Trump has been saying disgusting things minimizing the sins of fascist authoritarians for years and has never seemed to pay a political price for it. Why will Democratic voters have more of a gag reflex about Bernie than the right had about Trump? They like his vision for the country, they’re attracted to the enthusiasm he generates among his core supporters — everything else is gravy. At least in the primary.

But Bloomberg, and others, can try. It’ll be fun.

"A man goes home and masturbates his typical fantasy. A woman on her knees, a woman tied up, a woman abused.

A woman enjoys intercourse with her man — as she fantasizes being raped by 3 men simultaneously."@BernieSanders once penned a "bizarre" essay about rape fantasies pic.twitter.com/XLvVizdjCr 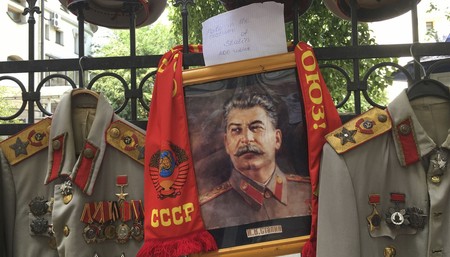 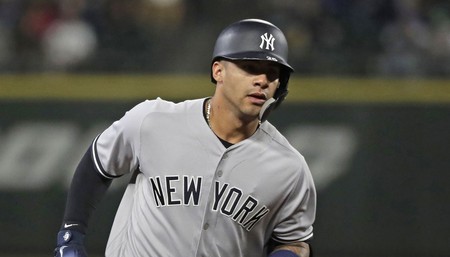