CNN contributor: "Now it's time for us to take the NRA out"

All she means, she says, is that liberals should do better funding opposition groups, although you can understand why S.E. Cupp is confused. Lefties get a little loose with their rhetoric sometimes when indulging their hatred of the NRA. Go ask Dana Loesch what her Twitter mentions look like these days. Hoo boy.

Here’s a fun bit of NRA-bashing in the last 24 hours from a Democrat in … Dallas?

Mayor Pro Tem Dwaine Caraway is urging the NRA to find a new home for its annual convention.

I think the NRA will be able to find a more welcoming venue somewhere in, uh, Texas. The organization is really only convenient shorthand for what irks Democrats about gun rights anyway. The hard fact for lefties is that there’s a substantial minority on the right that cares passionately about gun rights, NRA or no NRA, and many a congressional Republican has to answer to them as constituents. That’s also why congressional Dems were so timid on guns when they enjoyed total control of government: You don’t get a filibuster-proof majority in the Senate without winning some red-state seats, and red-state seats get much harder to hold when you get too far cross-wise with voters culturally. If they want to tell themselves that right-wing gun aficionados are a Potemkin village manufactured by the NRA to justify its own influence over legislation, okay. But Obama, Reid, and Pelosi didn’t seem to think so nine years ago.

This is a perfect clip to follow the “listening session” thread, actually, insofar as it illustrates how completely pointless it is to have a “discussion” on gun policy. There’s nothing to say! These two not only aren’t listening to each other, they palpably can barely stand to be in each other’s presence. We’ve been through all of the policy arguments ad nauseam. Honest liberals admit that nothing short of total confiscation of semiautomatics, at least, will do, although less honest/more strategic ones are willing to take baby-step half-measures en route to that. Honest conservatives admit that they’ll never agree to that, although they’ll accept some restrictions around the margins in the name of reducing mass shootings. We can compromise on marginalia but by definition marginalia doesn’t matter much. Liberals seem to believe that right-wingers are morally indifferent to murder, conservatives believe that liberals are constitutionally indifferent to the right to have a firearm in your own defense. What the hell’s left to talk about? See you at the ballot box. 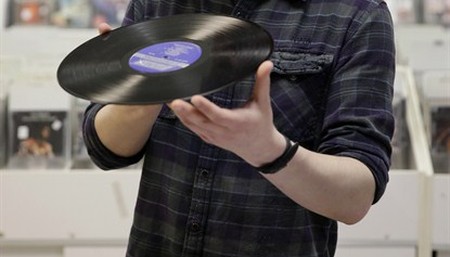