Ryan: No House vote this week on bill that would make silencers easier to buy

Two possibilities. One: This mealy-mouthed RINO is running scared, afraid to take a vote in favor of gun rights because the “optics” are unfavorable — even though “silencers” had nothing to do with the massacre in Vegas.

Two: This mealy-mouthed RINO knows all too well how short Americans’ attention spans are when it comes to mass shootings and gun control. Wait a few weeks to hold a vote on the SHARE Act, which would make it easier to purchase suppressors (a.k.a. “silencers”), and you’ll face a fraction of the political heat you’d suffer by doing it now. If you vote this week you’ll be attacked as insulting the memories of the victims in Vegas, pushing to expand gun rights before the bodies are even cold. Vote a month from now and most of the country will say, “Um, what’s the SHARE Act again?”

“I don’t know when it’s going to be scheduled. We’re focused on passing our budget,” the speaker said.

Rep. Jeff Duncan (R-S.C.), the author of the gun silencers provision in the Sportsmen’s Bill, told reporters last night that the vote was to be sometime next week, adding “who knows now” after 59 people died and hundreds of others were injured in the nation’s deadliest mass shooting…

The SHARE Act, introduced by Duncan, would relax some restrictions on the purchase of suppressors, making them easier to buy. There’s a useful health-related purpose for that: Suppressors help protect the shooter’s ears from the crack of the shot, which is literally deafening at normal volume without any ear cover. Even with a suppressor on a shot is about as loud as a jackhammer, exposing the stupidity of the Democratic fear that a glut of “silencers” on the market will make gun violence all but undetectable as it’s happening. The truth, per the ATF, is that suppressors are almost never used in gun crimes for obvious reasons — they make the gun heavier and harder to conceal and they don’t actually “silence” anything. So why are Democrats like Hillary Clinton laser-focused on them? Mainly, I assume, because Duncan’s bill is a target of opportunity. If Dems are going to leverage public horror over Vegas to block Republican gun-rights laws, that’s their first available chance.

But as I say, Ryan knows how quickly public interest in this subject evaporates. On December 17, 2012, just three days after the Sandy Hook massacre, CBS published a poll blaring that support for stricter gun control had reached a 10-year high. Just three months later, in March 2013, CBS announced the results of its latest poll: “Support for stricter gun control wanes.” Fully 57 percent said they backed stricter laws in the first poll; just 47 percent said so a few months later, a rate of a little less than one point per *week* in declining enthusiasm in the interim. For today’s GOP, then, this is a waiting game. Let the public cool off about Vegas, let the media chase a new story (Trump provides a never-ending supply), then bring back the SHARE Act and dare Democrats to go to the mat on it knowing how antsy they are already about having been beaten last year by gun-loving white working-class voters.

There is one potential ace the Dems have up their sleeves this time, though. See the gun on the left?

According to gun expert Stephen Gutowski, that is indeed a “bump stock” attached to one of Stephen Paddock’s rifles. Las Vegas police still haven’t clarified whether Paddock used semiautomatics modified with bump stocks to generate the fantastic rate of fire heard in the videos or whether he had a bona fide automatic, as some media reports have claimed. (It’s worth noting that the gun on the right above is surrounded by spent casings while the one with the bump stock is not.) Unlike silencers, though, bump stocks are an accessory that Paddock himself evidently viewed as useful to making his attack more lethal, for obvious reasons. They have no apparent defensive or health-related purpose. And unlike with silencers, even some conservatives are scratching their heads over why bump stocks are legal when fully automatic weapons aren’t. If it’s the rate of fire that makes an automatic impermissibly dangerous, a semiautomatic capable of a similar rate would logically be just as dangerous whether the trigger’s technically being pressed for each shot or not. In fact:

Here's the thing: if you argue a cheap trick can make a semi-auto mimic full auto, you're making it easier to argue for a ban on semi-auto.

It’s relatively easy for the GOP to resist an attempt to block the SHARE Act. Resisting an attempt to ban bump stocks will be harder. Logically Schumer and Pelosi could attempt to compromise with Republicans by agreeing to make suppressors easier to purchase in exchange for a ban on bump stocks or trigger cranks. But the left won’t tolerate that: They’ve already invested enough rhetorically in the idea that “silencers” are going to turn America’s gun owners into ninja-style untraceable assassins that they can’t compromise. Their best play is to try to attach a bill banning bump stocks to some must-pass legislation and force the GOP to vote it down. That would make for some awkward press conferences for Ryan and McConnell. 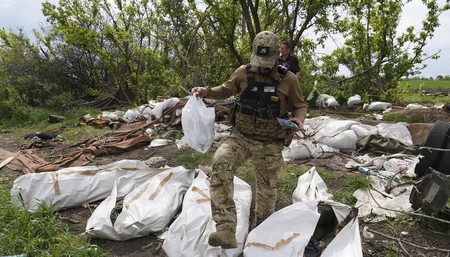