Paul’s newly announced grand plan to stop ISIS doesn’t sound too far off from what the White House is already doing. Aside from calling on Obama to seek Congressional authorization for military action more quickly, most of the recommendations Paul lays out in the op-ed are already being pursued by the administration, including arming Kurdish forces in Iraq, attempting to recruit allies in the region as well as NATO to the anti-ISIS cause, and protecting Israel by upgrading its Iron Dome anti-missile system.

Nor is it clear how the imaginary Paul administration would more effectively entice allies to join his anti-ISIS coalition, especially after the U.S. eliminated all foreign aid and withdrew from the United Nations as Paul has proposed in the past. One of the nice things about bragging about how you would have prevented a foreign crisis is that there’s no way to test the theory in hindsight…

Paul’s op-ed does suggest a larger problem, however. When challenged on politically difficult positions Paul has shown a tendency not only to take a new position, but to deny the old one ever existed. Recently, fact checkers excoriated him for inaccurately claiming he had never supported ending aid to Israel. After a controversy arose over his criticism of the 1964 Civil Rights Act, he went on to claim he had never wavered in supporting it at all. The spotlight on his record and past statements will only be hotter and brighter in a presidential campaign.

Richard Burt, one of Rand Paul’s foreign-policy advisers, says that the senator’s call to destroy the Islamic State is not merely a matter of political opportunity, but reflects the senator’s broader views about America’s role in the world…

His latest comments are something of an about-face. In a June interview, he told me that President Obama’s contention that the Islamic State might establish safe havens in Iraq from which it could launch attacks on the United States was “a bit of a stretch” and said of the group, “Their first objective isn’t getting to the United States, their first objective would be getting to Baghdad.”

Asked about those remarks, Burt says, “I don’t think two months ago any of us really had a clear understanding of the momentum this group had.”

Oh please. Preferring a smaller international military footprint is hardly isolationism. It could simply indicate support for good old-fashioned statesmanship, propriety, conservatism, or even just an acknowledgement of limited human and financial resources. Certainly there are people whose idea of national defense is so limited that it might be called isolationism — and Paul is certainly closer to these people than Dick Cheney is. But people who believe in robust trade between nations, healthy use of diplomacy — but also not bombing most of the countries that have serious problems — these aren’t isolationists! And Rand Paul and others whose view of limited government extends to our foreign military entanglements are not accurately termed isolationists…

Seriously! Just because someone doesn’t agree that we should have gotten involved, possibly on the wrong sides, in Libya, Egypt or Iran doesn’t mean that engagement with brutal threats is likewise wrong. The biggest problem here is a media that thinks that all war and all non-interventionism are equivalent. They’re not. Some wars are necessary and just, some are foolish and unjust. The whole point of a self-governing, virtuous people is to determine which ones are which.

This is hardly the first time that Senator Paul’s position on key national-security issues has rapidly evolved. If his rivals can’t call him an isolationist anymore, they will call him an opportunist. “He is starting to put John Kerry to shame when it comes to flip flops,” said a Republican operative who supports one of Senator Paul’s rivals for the 2016 nomination.

A hawkish position on the Islamic State also undercuts one of the main arguments for why Senator Paul is the Republican most capable of taking back the White House. “I think that’s what scares the Democrats the most,” Paul explained, “is that in a general election, were I to run, there’s gonna be a lot of independents and even some Democrats who say, ‘You know what, we are tired of war. We’re worried that Hillary Clinton will get us involved in another Middle Eastern war.’”

Yet Paul is now the self-appointed champion of precisely that war. Perhaps, like others accused of inconsistency, Paul will invoke John Maynard Keynes’s apocryphal observation, “When the facts change, I change my mind. What do you do, sir?” The challenge for Paul will be to demonstrate that his new opinions are the result of new facts, rather than a change in the temperature of public opinion.

Paul’s excoriation of Obama is remarkable given that only a few months ago, he explicitly defended the president and blamed ISIS’ proliferation on former President George W. Bush and his gung-ho interventionism.

“I don’t blame President Obama,” he said in a late June appearance on Meet the Press. At the same time, he threw cold water on the idea of a U.S. military intervention, saying, “I’m not so sure where the clear-cut American interest is.”…

Paul is also spitting the same anti-interventionist lines that boosted him in the first place among his war-weary, libertarian faithful. Paul is speaking out of both sides of his mouth, and as a result his Time column reads like a bunch of flip-flopping nonsense…

It’s certainly possible for changing circumstances to alter one’s global calculus. But they can just as easily alter one’s political calculus, too. In Paul’s case, it’s hard to see his abrupt about-face as anything but a bid to remain relevant as his party lurches rightward on foreign policy.

While Paul-the-younger has been working to reframe his foreign policy to be more palatable to the GOP’s hawkish wing, his father has been making that task increasingly difficult. Speaking on the Money and Markets podcast, Ron Paul defended 9/11 “truthers,” adding that the federal government did more harm to Americans’ liberties than Osama bin Laden. “It’s politically very risky to talk about it,” Paul said. Though Rand Paul has skated close to truthers in his career, he’s never endorsed the conspiracy theory.

The disconnect between father and son was further on stark display this weekend when the younger Paul said President Barack Obama’s admission that he has “no strategy” to tackle ISIS in Syria meant “Maybe it’s time for a new president.” In a follow-up comment to the Associated Press, Rand Paul added he would seek congressional authorization “to destroy ISIS militarily.”

The elder Paul, however, celebrated the president’s candid moment. “A lack of strategy is a glimmer of hope. Perhaps the president will finally stop listening to the neocons and interventionists whose recommendations have gotten us into this mess in the first place! Here’s a strategy: just come home.”

Senator Paul errs too much on the side of caution. He would clamp down, for example, on the data collection activities of the National Security Agency, which allow for the better deployment of scarce American military resources, even though NSA protocols tightly restrict the use of the collected information. It is wrong to either shut down or sharply restrict an intelligence service that has proved largely free of systematic abuse. The breakdown of world order makes it imperative to deploy our technological advantages to the full. Sensible oversight offers a far better solution.

The same is true in spades about the use of force in Iraq and Syria, where matters have deteriorated sharply since Paul’s misguided plea for non-intervention in June. It was foolish for him to insist (and for President Obama to agree) that the United States should not intervene to help Iraqis because the Iraqis have proved dangerously ill-equipped to help themselves. Lame excuses don’t wash in the face of the heinous aggression that the Islamic State has committed against the Yazidis and everyone else in its path…

Unfortunately, Rand Paul writes as if Iraq’s many deficits are fixed facts of nature, wholly independent of the flawed U.S. policies that he has consistently backed, in sync with Obama’s aloof detachment. Yet these policies, tantamount to partial unilateral disarmament, have given our worst enemies the priceless assurance that they can operate largely free of American influence and power. There is nothing in libertarian theory that justifies dithering at home as conditions abroad get worse by the day.

And so, while people keep saying Rand Paul’s perspective is changing, I think it’s more like the ‘New shit has come to light, man!’ scene from Big Lebowski. It’s not a changed view so much as that when you have a given framework, you might have a different plan of action based on the changing facts on the ground. So I see a consistent philosophy responding to different threats.

I’ve always felt it’s been a false caricature of libertarians that we could never support military strikes against terrorists or other bad guys. We by and large don’t accept the progressive understanding of man where we’ll someday have a utopian world without war. We’re not all singing ‘Imagine’ while sitting in a kumbaya circle. Small government types may be much less likely to see military strikes as the answer to questions that have little to do with our security interests, but bombing a makeshift Islamist army engaged in actions—and threats—against Americans may be such a time. Paul wants the folks who believe in such military action to make the case and have Congress sign off, which makes his approach more Constitutional than anyone else who is a presidential contender today.

Is the view that ISIS/ISIL must be bombed persuasive? Here are two positions that many of us find unpersuasive: 1) That it’s our job to rid the world of bad guys, even if those bad guys aren’t engaged in terrorist acts against us or even if they’re responding at least in part to unnecessary meddling on our part. 2) That the global situation isn’t a threat if we pretend it’s not. Those have basically been the two main options offered in American discussions of late. I think Americans are clear that they find these options weak-sauce and they’re kind of intrigued by a view such as Paul’s that we don’t fight unless we have a legitimate interest in doing so and we must—but then we fight hard. This is the thing so many foreign policy professionals miss when they mischaracterize those of us who oppose our recent high level of interventionism. It doesn’t mean we’re putting our head in the sand or afraid to fight, it means we know what a huge sacrifice it is to do these things and do them well and that we should only do it when we must. 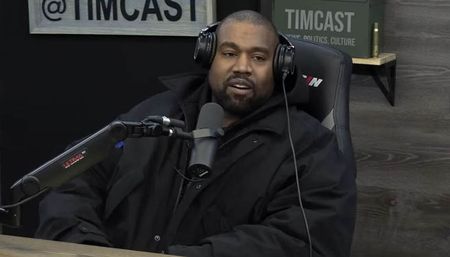