President Bill Clinton — the man President Barack Obama once dubbed his “Secretary of Explaining Stuff” — once again has some explaining of his own to do with the Obama White House.

In an interview released Tuesday, Clinton called for a fix to the Affordable Care Act that would put an end to the wave of insurance cancellations that have been a public relations disaster for the White House and prompted Obama to apologize last week for having repeatedly assured Americans that they could keep their insurance if they liked it.

Aides to Hillary Clinton did not respond to a request for comment about whether Bill Clinton’s views reflect her own.

House speaker John Boehner says in a statement that he agrees with former president Bill Clinton when it comes to “honoring the committment” President Obama made that if Americans like their health plans they can keep them.

“I applaud President Clinton for joining the bipartisan call for President Obama to keep his promise to the American people,” said Boehner in his statement. These comments signify a growing recognition that Americans were misled when they were promised that they could keep their coverage under President Obama’s health care law. The entire health care law is a train wreck that needs to go. And while the two parties may disagree on that point, it shouldn’t stop reasonable Democrats from working with us to shield Americans from its most egregious consequences – like the millions of current health plans being canceled.”

Mr. Clinton’s comment adds to the already intense pressure on the White House from both political parties. It carries special weight given the former president’s role in Mr. Obama’s re-election bid and Mr. Clinton’s own long history of involvement with health care policy…

But it is unclear what kind of administrative fix the White House could propose that might satisfy the president’s critics and the Americans who are losing their insurance. White House officials say they do not want to embrace a solution that allows insurance companies to sell what they consider to be cheap and substandard policies.

One option would be for the administration to somehow compensate people who have been kicked off their policies and now face higher premiums for better coverage. But it is not clear how the White House would propose to pay for such a plan, or whether it could do it without legislation.

“We’re reporting that – what Bill Clinton is saying which is, in fact, exactly what the president said to NBC,” Belcher submitted. “He talked about how we should fix this and people who want to keep their health care plans, we should work out a way to fix this.”

“There is not an inch of difference between where Bill Clinton is and where the president is,” Belcher concluded. “This is a creation of the media.”

Dem leaders are also pressing members internally with the case (which they are also making publicly) that the Upton plan would essentially preserve the worst aspects of the individual insurance market — allowing discrimination against people with preexisting conditions and allowing higher charges to women — thus undermining Obamacare’s protections, the source says.

The source adds that Bill Clinton’s widely reported comments today are not making this any easier for Democrats. Clinton said that “the president should honor the commitment” made to people who want to keep their insurance, “even if it takes a change in the law.” This sounded a bit like Clinton was trying to echo Obama’s own similar comments to NBC last week — in which he agreed a fix was necessary for these folks and said such a fix is forthcoming – but made a hash of it. However, Clinton’s spokespeople have not clarified the remark — which has also been distinctly unhelpful for Dems, according to my source — and so the damage is done.

Hours after Clinton’s comments, the U.S. Senate’s No. 2 Democrat, Richard Durbin of Illinois, said that although the White House has long resisted alterations to the Affordable Care Act, Democrats should be open to “constructive changes” to improve the law also known as Obamacare.

Another influential senator, California’s Dianne Feinstein, issued a statement shortly afterward, saying that she would join Senator Mary Landrieu, a Louisiana Democrat, in sponsoring a bill that would allow Americans to keep their current insurance plans, even if the plans do not meet the new law’s standards for coverage.

“Too many Americans are struggling to make ends meet,” Feinstein said in a statement. “We must ensure that in our effort to reform the healthcare system, we do not allow unintended consequences to go unaddressed.”

The irony of Bill Clinton coming out to advise that Obamacare be changed — somehow — to let everyone keep their current plans is that he’s the reason Obama made the disastrous promise in the first place.

In this, the plan violated the fundamental paradox of health-care polling, which is that even though most Americans believe the health-care system is a mess, they’re reasonably happy with the insurance they have…

But it’s a bit rich for Clinton to argue for a plan that leaves everyone’s insurance unchanged. When he managed this policy process, he believed the optimum policy upended almost everything. He knows that it’s functionally impossible to reform the health-care market if you upend nothing. This is the kind of argument that, in another context, Clinton would be delighting in explaining, carefully and persuasively, why it’s so very wrong.

Via the Daily Rushbo.

Leana Wen: Being unvaccinated and going out in public is like drunk driving
Allahpundit Sep 10, 2021 6:41 PM ET

Fauci: Biden was too moderate by giving the unvaccinated the option to get tested regularly instead
Allahpundit Sep 10, 2021 4:01 PM ET

Havana Syndrome may have a longer history, plus some new evidence from blood tests
John Sexton Sep 10, 2021 3:20 PM ET 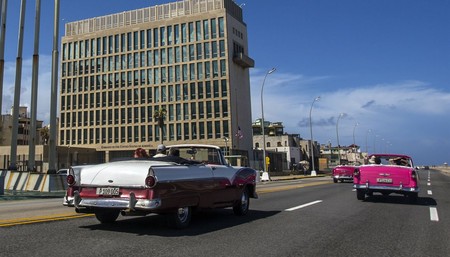