No, the GOP help didn’t come from Rubio. This was a Judiciary Committee vote and he’s not a member. Lindsey Graham and Jeff Flake are, though, and they each voted with Democrats to torpedo Grassley’s amendment demanding that probationary legal status not be granted until the border has been effectively secured for six months. Remember, the Gang of Eight bill doesn’t flatly require border security at any point. Illegals get probationary legal status quickly, after DHS submits an initial security plan. Then, if, after five years, the border hasn’t been substantially secured, a “Border Commission” will huddle and issue further security recommendations. Five years after that, if the border’s still not secure, the citizenship process begins regardless of what the state of the border is. Today was the day the Judiciary Committee could have added real teeth to the bill’s enforcement provisions and, of course, they refused.

As for Graham and Flake, they’re both members of the Gang of Eight and Graham hasn’t been shy about his reluctance to see the bill modified, on the theory that one false move at this point from conservative border hawks or liberal amnesty shills could destroy the compromise the Gang reached. In a sane world where Democrats cared even remotely about border control for its own sake, rather than merely as a bargaining chip for amnestizing illegals, Grassley’s amendment wouldn’t be necessary. Its provisions would already be part of the main bill. (In fact, according to Rasmussen, fully 66 percent of likely voters think border security should come before amnesty.) But we don’t live in that world, so instead his amendment was treated as a poison pill, i.e. if it passed the committee and ended up in the bill, Democrats would walk and immigration reform would be dead. So the amendment had to die, with Graham’s and Flake’s help:

The amendment by Sen. Chuck Grassley of Iowa, top Republican on the Senate Judiciary Committee, would have required control of the U.S.-Mexico border for six months before anyone could seek legal status. Grassley said the measure was designed to ensure that the border really is secured. But a lead supporter of the legislation, Democratic Sen. Chuck Schumer of New York, said the real impact would be to “delay, probably forever, any legalization” for immigrants now living in the country without authorization, who would eventually be eligible for citizenship under the bill.

The Judiciary Committee vote to defeat the amendment was 12 to 6, with Republican Sens. Jeff Flake of Arizona and Lindsey Graham of South Carolina voting with Democrats…

The vote on the Grassley amendment was likely the first of several in which the Republican authors sided with Democrats on the committee to vote down amendments from their own side. Schumer and Durbin also are expected to lend their votes to Republicans to defeat Democratic amendments that could improve the bill for immigrant families but make it less palatable for Republicans to support.

That Schumer quote is pure spun gold. We can’t delay legalization until the border is effectively under control because, let’s face it, the border will never be effectively under control. The border-security provisions are a sham, by his own admission. Rubio’s going to offer his own amendments to the bill, incidentally, one of which will call for double-fencing certain stretches of the border — which is interesting, because the border was already required to have double-fencing in 2006. In an effort to look tougher on security, he’s now resorting to measures that the feds have already proved they have no interest in implementing. The other big amendment still to come is Leahy’s bill to extend immigration sponsorship to spouses of gay illegals. There’s lots of sturm and drang about it in political media today, and how passing it through committee might destroy the whole bill. It’s a total charade, but you already knew that.

Voting no on Grassley’s amendment, by the way, were committee members Grassley, Orrin Hatch, Jeff Sessions, John Cornyn, Mike Lee, and Ted Cruz. Here’s Cruz’s opening statement at the hearing, endorsing “common-sense immigration reform” and arguing that, thanks to the Gang of Eight’s “toothless” security measures, any such reform is all but impossible. 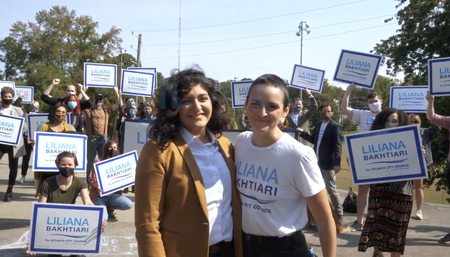