Via Mediaite, a rebuttal to lefties and gay-rights activists speculating that the only reason a guy who’s in a civil union would play the wedding of an alleged neo-Hitlerian gay-hater is for a $1 million payday. (Sample quote: “Isn’t that a bit like Beyoncé entertaining at a KKK rally?”) Two things. First, Kelly quotes Elton as having said that he’s “all about tearing down walls and building bridges,” which is true to form. Remember when he teamed up for a Freddie Mercury tribute with Axl Rose, whose most notorious song for Guns ‘n Roses sneered about “immigrants and faggots”? Remember when he dueted at the Grammys with Eminem, who has his own share of gay-baiting lyrics? He has been to known to bridge-build from time to time.

Second, according to Zev Chafets’s new book, Limbaugh’s view on gays is a tad more nuanced than the left would like to believe. Quote:

Chafets notes Limbaugh’s libertarian streak, which puts him on the opposite sides of some big issues from family values conservatives.

“He regards homosexuality as, most probably, biologically determined, and while he opposes gay marriage as culturally subversive, he has no problem with gay civil unions. — which is the stance of President Obama and Hillary Clinton… He is not opposed to capital punishment, but he ‘wouldn’t go to the mat over it.”

Limbaugh also turned down repeated invitations from Jerry Falwell to speak at Liberty University and in 2009, he declined an offer to speak at the school’s graduation ceremony and to receive an honorary degree.

That’s not to suggest the two men see eye-to-eye — doubtless EJ would prefer that gay marriage be legalized — but you can see why agreeing to do this is actually a shrewd PR move by Elton. He’s going to have conservative attendees (including, no doubt, Rush himself once he’s back from vacation) praising his performance at the wedding and talking up his civility the way Kelly does here, which is bound to make a good impression on righty viewers otherwise opposed to many gay issues. Plus, he got a million bucks for his trouble. Not a bad day’s work. 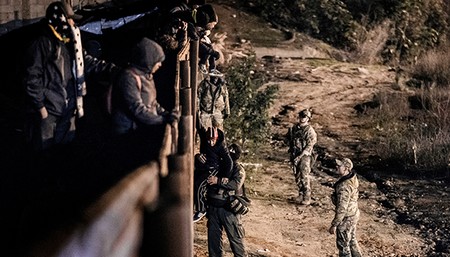