Rep. Landry: Does Obama still deserve Peace Prize after "amount of people he has killed"?

Rep. Jeff Landry (R-La.) recently revived the question of whether President Barack Obama deserved the preemptive Nobel Peace Prize he received in 2009 “for his extraordinary efforts to strengthen international diplomacy and cooperation between peoples.” The Hill reports:

After the death of Libyan dictator Moammar Gadhafi at the hands of Libyan rebels, one Republican legislator wondered Saturday whether President Obama deserves the Nobel Prize he won in 2009.

“Well, I’m trying to see what the new criteria is for getting a Nobel Peace Prize. Remember they gave it to President Obama right when he took office,” Rep. Jeff Landry (R-La.) said on Fox Business Network. “And right now, I mean when you look at the, amount of people he has killed worldwide, you think to yourself, wow, what do they give it for? Maybe a new set of criteria. I don’t know, it amazes me as well.” …

It was pretty evident when Obama received the award in the first place that it was given to him as much for inaction as for action. At that point, the only feather in Obama’s foreign policy cap was a measly one: The grand apology tour that left Americans assuming our president thinks America is only about as exceptional as Britain or Greece. Giving Obama the prize seemed as much an attempt by the Nobel Committee to influence the president’s foreign policy in a certain direction as an attempt to reward him for proven leadership or his actual diplomatic skills.

From where I sit, though, I’d say the “amount of people he has killed” (given who those people were) makes Obama more worthy of the Nobel Peace Prize, rather than less (and I kinda assume Landry agrees, even though I imagine the Nobel Committee wouldn’t). Obama called his receipt of the award a “call to action.” Since then, the Navy SEALS and a combination effort in Libya delivered the deaths of dangerous men — missions that, it must be admitted, partially redound to Obama’s credit. The world is presumably safer without them, even though their deaths open up the possibility for new tensions and trials.

Still, don’t misunderstand me: I didn’t think Obama deserved it in 2009 and I don’t think he deserves it now. Despite his few victories, with his many other FP decisions (most recently, the announcement of his decision to withdraw troops from Iraq), Obama has proved himself less committed to the protection of America’s interests abroad and to the preservation of what peace exists in the Middle East than it seems a Nobel Peace Prize winner (and especially a U.S. president) should be. As Hot Air commenter “georgealbert” reminded me, under Obama’s leadership, among other things: Iran is still nuclear; North Korea is an ever-present threat; Israel and other allies, including Britain and France, must necessarily doubt our friendship; and the Muslim Brotherhood have gained a foothold in Egypt. “If you want peace, prepare for war” doesn’t exactly seem to be Obama’s mantra. As a result, we could very likely be headed for less peace.

Arizona county voted to certify election "under duress"
Jazz Shaw 9:31 AM on November 29, 2022 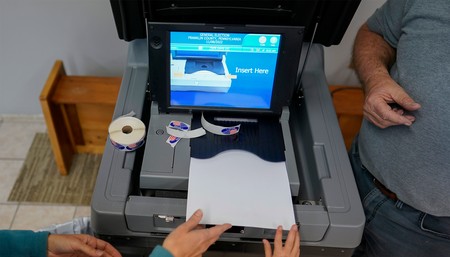 Why the Media Have Shifted Gears on the VA Walmart Shooting
Townhall
WaPo belched out a story on Elon Musk and Diet Coke that has Twitter users popping off
Twitchy
Elon Drops Bombshell About 'Free Speech Suppression' Files He's Found
Redstate
The Morning Briefing: The Thanksgiving Hangover Edition
PJ Media