The hijacking of an EgyptAir plane to Cypress is over and not considered terrorism. Flight MS181 was on its way to Cairo when someone took control of the plane and had it land at Larnaca Airport. Via Al-Arabiya:

Egyptian media reported that 10 US citizens and eight Brits were on board the hijacked plane. Most passengers were initially let off the plane except for the crew and a few foreign passengers, the airline said.
Cyprus’ foreign affairs ministry identified the hijacker as Seif Eldin Mustafa in a tweet, without providing further details…

“The hijacking is not terrorism-related,” [Cypress President Nicos Anastasiades] told a joint news conference with the visiting president of the European Parliament Martin Schultz.

Anastasiades said the Cyprus government had done everything it could to ensure the safe release of the passengers, most of whom were reported to have been set free. Meanwhile, Egypt’s foreign ministry spokesperson referred to the hijacker as “not a terrorist, but an idiot.”

The last line is honestly pretty amusing (and a relief, given the recent attacks in Belgium and Pakistan) and it’s believed Mustafa wants asylum in Cypress, some prisoners let go, and a letter delivered to his ex-wife. It all ended up being for naught after Mustafa was arrested after the five-hour ordeal.

Official sources at EGYPTAIR declared the release of all the hostages and the arrest of the hijacker. #EgyptAir

Hostages on the plane obviously didn’t think they were in any danger with Daily Mail claiming to have a picture of someone taking a selfie with the suspect.

One grinning passenger posed for a SELFIE alongside #EgyptAir hijacker https://t.co/gj4teScAeR pic.twitter.com/mj7mgE6v1h

It’s really good to see the situation end peacefully and with no injuries or death, but it will be interesting to see if Egypt will change its flight security procedures after what happened. The U.S. created the hated TSA following September 11th and whether or not a similar system will be put place in there isn’t known. One reason why it could happen is because the guy claimed to have a “suicide belt,” even though it appears he didn’t. Egypt could consider requiring passengers to remove their shoes, shirts, or jackets so they can inspect every inch of their body before letting them on a plane. It’s certainly what the U.S. has done, and probably will keep doing until policy changes in D.C.

But I’m curious whether or not increased security is actually needed at U.S. airports. I understand the desire to “feel safe and secure” while getting on a flight, but Department of Homeland Security reported last year TSA screeners failed almost every test trying to keep banned items from getting into an airport. It prompted one pilot to write at CNN how the TSA was a failure and not even flight crews trusted them (emphasis mine).

And finally, the buck stops in the cockpit. Pilots are also trained in defensive tactics. In some cases, an unknowing terrorist who breaks into the flight deck may find himself facing the business end of a very loud and lethal semiautomatic weapon…

Now the task is to correct the lapses. Were they caused by the quality of the screeners? Is the government offering enough of a compensatory incentive to attract the best people, or should we reprivatize the system with knowledgeable experts that can manage appropriately? Has the training program suffered a breakdown? Is the technology sufficient to handle the creativity of current evildoers? Or has the entire security system completely failed?

I’m personally in favor of reprivatizing airport security because I don’t believe it’s a function of the federal government to keep airports safe. If the airport owners want to hire a private security firm, they should be allowed to, in hopes of keeping terrorists off planes. It would certainly save a lot of federal dollars, but would probably bring about better service towards passengers and accountability. Airports would be allowed to fire whatever security team it has and hire a new one if it turns out things aren’t going well. There’s no onus on the federal government to fire TSA agents who molest passengers or force them into embarrassing situations. Perhaps it’s time to shut down the TSA and let the free market take over again. 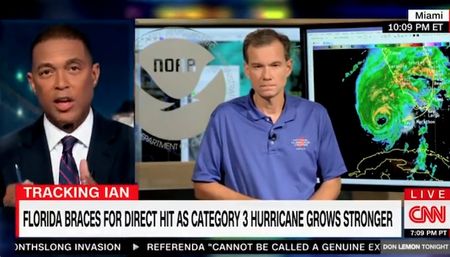