More than 30,000 people are expected to attend Saturday’s screening of “Honor Flight” at Milwaukee’s Miller Park, which would break the world record for a film premiere. The feature-length documentary chronicles the stories of World War II veterans who made their way to Washington, D.C., to visit the memorial built in their honor.

The free trips are made possible by Stars and Stripes Honor Flight. More than 1,000 veterans from Wisconsin have already made the journey. There are two more flights scheduled for later this year. For many, it’s their first time in Washington and possibly the last trip they’ll make.

The success of the film’s trailer was phenomenal, as Tina Korbe wrote on Hot Air last year. Now that it’s coming to the big screen — or, in this case, the JumboTron — the local community has responded. More than 32,000 tickets have been sold for Saturday’s premiere, which will be attended by approximately 400 veterans from the Greatest Generation. Tickets are still available at $11 each.

The current Guinness world record for attendance at a movie premiere is 27,022. It was set in 2010 at the screening of a soccer documentary in Brazil. Even with some no-shows, “Honor Flight” appears likely to break the record. Guinness will be on hand Saturday.

Dan Hayes and Clay Broga, the filmmakers from Freethink Media who took on the project, are two of the most talented storytellers I know. I’ve had the opportunity to work with them on several projects over the past couple years. Here’s what they told me when I asked about the film:

The more we have gotten into the Honor Flight story, the more it has taken on a life of its own. First, making the film has changed our lives. The World War II veterans we befriended have given us perspective. We’ve gained an even greater appreciation for freedom, family and life — particularly for life in this country. And, now, the response from the people — 4.5 million views on the trailer through Facebook and over 31,000 people packing a stadium this weekend for the film’s world premiere, we’re just completely thrilled and humbled. The few people we’ve shown the film to have been deeply moved by it. And that’s always been our goal: to reach as many people with the film as possible and positively change their worldviews and lives, just like it did for us.

This film certainly has that potential. Most of us know (or knew) a World War II veteran. People like Julian Plaster, who stars in the film and was the subject of a Milwaukee Journal Sentinel story last week:

Julian Plaster was thrilled to see the World War II Memorial and loved walking up the steps of the Lincoln Memorial.

But at Arlington National Cemetery, when the other World War II veterans on the Stars and Stripes Honor Flight last year watched the changing of the guard ceremony, Plaster stayed on the bus.

Seeing so many graves was too much for the Milwaukee man.

Plaster, 88, was a Navy cook in the Pacific. He also was a member of the detail that buried the bodies of friends and foes alike on long forgotten islands.

One day in February 1944, on linked islands called Roi-Namur in the Marshall Islands’ Kwajalein Atoll, Plaster and his colleagues were strafed by Japanese planes, which blew up the U.S. ammunition dump, killing many Americans.

“There were six of us in my tent and the next day there were only three. When you have to bury your friends, it stays with you,” said Plaster. 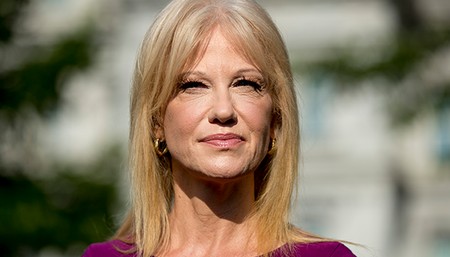