The vogue impulse on the far-left to police both thought and speech, and to enforce standards of discourse with the threat of political and social ostracism, is perhaps no more intemperate than on American college campuses. There, it is not hard to find aspiring Robespierres who are inclined to impose their values on those around them, and to mete out consequences to those who offend their sensibilities.

There are, however, some brave voices of dissent emerging amid the cold, dark winter of liberalism’s absolutist period. Few are perhaps more clever than Columbia University student Rikki Novetsky, who, writing in The Columbia Spectator, subtly criticized her fellow liberal students for their increasingly uncompromising radicalism. The occasion that prompted Novetsky to critically examine the rising tide of censorious liberalism was an annual amateur comedy night held on Columbia’s campus, which only makes perfect sense. Nothing is more threatening to the authoritarian mindset than mockery.

Using the language of the far-left, Novetsky does not critique liberal excesses so much as she recognizes that the friction between the college’s revolutionary leftists and its reactionary pragmatists only achieving activist goals more difficult. This romanticism in the form of linguistic nostalgia, harkening back to the bygone era of Revolutionary Marxism, remains popular on the left. It is also a symptom of the ailment overtaking the movement.

When the mainstream population of a student body identifies as liberal, the differences between students on the left become far more complex. But in order to mitigate the pain and confusion that often results from campus disagreements, we should recognize that arguments between mainstream left and radical left students do not represent two sides of one political coin. Instead, groups aren’t engaging with each other at all, employing different terminology and societal views to inform their opinions. Understanding political discourse on campus should start from here.

This is an argument that is as old as that which prompted the schism between Bolshevik and Menshevik. Novetsky’s conclusion reflects a classic tension between those who demand radical, revolutionary change and others who seek to avoid alienating potential comrades by appearing overly obdurate.

While this Columbia student only gently scolds the radical left, other liberal voices are adopting a sterner line by demanding that the left take a critical look at the self-marginalizing course upon which it has embarked.

In January, New York Magazine’s Jonathan Chait committed an egregious heresy against the tenets of modern progressivism for which he remains semi-excommunicated. Chait noted that liberal language policing has progressed to a point at which it is no longer productive. In fact, the left-leaning columnist averred, this phenomenon has the potential to isolate liberals and create a fanatical sect out of what was once a broad-based movement.

“The p.c. style of politics has one serious, possibly fatal drawback: It is exhausting,” Chait wrote. “Claims of victimhood that are useful within the left-wing subculture may alienate much of America. The movement’s dour puritanism can move people to outrage, but it may prove ill suited to the hopeful mood required of mass politics.”

Predictably, this well-meaning intramural criticism was met with a chorus of hissing from censorious liberals who demanded Chait be relegated to the fringes of his movement. It was not merely Chait’s criticisms that were invalid, his critics averred, but the accidents of his birth (Chait is a straight, white male) that also warranted the summary dismissal of his argument.

The woodwork oozed with left-wing columnists and commentators who insisted that authoritarian speech policing is among the only effective ways to pursue the antithetically-named concept of “social justice.” It is not clear how many of Chait’s progressive critics were aware of how effectively they were making his point.

But Chait is not alone in lamenting the increasingly dominant instinct among liberals to sideline themselves. Even Tim Lott, a columnist at the far-left British outlet The Guardian, cringed when he found that he had accidently stepped on a rhetorical landmine buried by the ascendant P.C. wing of the progressive left (hat tip to Gavin McInnes for flagging Lott’s piece).

Lott begins with a pronouncement of his ideological bona fides. He eagerly defends his status as a doctrinaire liberal, but soon bemoans the dialectical parameters erected by left-wing authoritarians that prohibit adherence to such bourgeois concepts as national pride, free expression, and the suspicion of radical (Islamic) religiosity.

“My stance on these issues makes some people in my ‘tribe’ very angry,” Lott noted. “It is the anger of the pure believer towards the apostate.”

Nick Cohen, Christopher Hitchens, David Aaronovich, Julie Burchill, Julie Bindel and others have often been at the rough end of this debate, for daring to voice opinions of their own that do not fit the overarching narrative. David Mamet’s admittedly provocative essay, Why I Am No Longer a “Brain-Dead Liberal”, published in the Village Voice, must have cost him a fair few dinner party invitations. This marginalisation is invidious, not only because it violates the principles of free debate – we cannot suppress awkward questions lest it “give succour to the enemy” – but because it is bound to alienate the wider public.

Those who identify with the “paradoxical voice” self-censor because they know they are going to get rocks thrown at them – not by their enemies but by their friends. That’s not only a bad feeling; it’s a tendency that’s bad for democracy, for politics, and the wider movement we call the left. And the left – in its compassion, freedom and concern for social justice – is the only hope for the future of this country.

Among the greatest offenses to human dignity imposed by authoritarian ideologies, as Lott noted, is that of self-censorship. It is this condition that first robs the individual of free speech, but soon thereafter also takes from them their liberty to think freely. It is only simpler to rid one’s mind of the subversive notions that, if expressed, would result in the loss of livelihood or worse. Many survivors of communism in Eastern Europe would confess that surrendering to this condition is the most crippling form of subjugation.

But this method of social organization can only survive in a police state. In a free society, the majority will opt out of this oppressive and onerously ceremonious social structure. The left’s Cassandras, like Chait and Lott, see plainly that liberalism’s future is a bleak one if the movement’s tyrannical impulse to stifle individuality remains unchecked. Unfortunately for the left, these figures are members of an unloved minority within their movement. 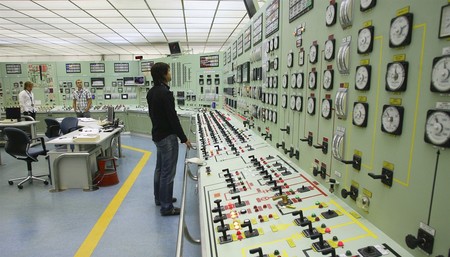 Marjorie Taylor Greene Hurls One Word at Biden That Will Surely Infuriate Liberals
Townhall
Biden's terrible, horrible, no-good, very-bad State of the Union (#SOTU2023) in real-time
Twitchy
Sarah Huckabee Sanders Is the Latest Casualty of the State of the Union Rebuttal Curse
Redstate
Sarah Huckabee Sanders Delivers the GOP Response to SOTU: 'The Choice Is Between Normal and Crazy'
PJ Media