Once a media darling, Beto now struggles for campaign traction

By the holidays this year the historically ginormous field of 23 Democrat wannabe presidents will likely be cut at least in half.  The debates that start next month in Miami will expose several for the shallow creeks they are.

Among those likely to get clipped is Robert Francis O’Rourke, who calls himself Beto because Robert Francis is insufficiently down home. Although Bobby F might work.

It happens every presidential primary campaign, which are getting longer each cycle. John Kennedy announced on Jan. 3 of 1960, just 310 days before the election. Joe Biden announced 561 days out–and he was real late.

The whole time media need fresh narratives every week or two. They seize on one at a time, hype them up as fresh-faced, exciting, worship their every word for 10 or 12 news cycles. Then, move on to another, starving them of public attention, which squeezes off the financial oxygen.

And by late fall when the pressure of producing substantive policy proposals and horrendous political ad costs kick in, they wither and blow away.

At the start, O’Rourke got the full celebrity candidate treatment, including a cover story in Vanity Fair. All the familiar fresh face, adoration of banal quotes treatment.

Now, where is the media’s ex-crush? Falling.

The Daily Beast took an unusual measurement this week. It queried opposition research firms about media inquiries on O’Rourke.

Last winter at the birth of his national campaign, the unsuccessful Senate candidate from Texas was Topic One when reporters called the organizations that study most moments of opponents’ lives for dirt.

Everybody was asking about him. Today, zilch.

Because he’s perceived as irrelevant to the race. He’s dropped in the polls. And instead of seeming fresh and intriguing, his quirky live-streaming from the dentist and barber chairs seems kind of goofy and shallow.

We’ll see what impact that might have when second-quarter fundraising numbers come out in early July.

A high level of curiosity in revealing a candidate’s political past is one indicator of their perceived viability. And a noticeable downtick in interest could signal an enthusiasm gap between where O’Rourke started and where he’s ended up in two months.

“The requests for oppo on him have completely died off,” one researcher reported.

Of course, this could change. O’Rourke says he’s willing to do a Fox News Townhall. And he had a chance to shine during a CNN Townhall Tuesday evening. Asked about his haircut webcast, the former House member claimed:

My intent is to show off my hometown of El Paso, Texas. And this extraordinary barber who produced this haircut that you are seeing right now.

A couple of them might thrust O’Rourke or another into the spotlight. And they could catch fire during or after the sleepy summer weeks, as that billionaire real estate magnate did in the crowded 17-candidate GOP field four years ago. 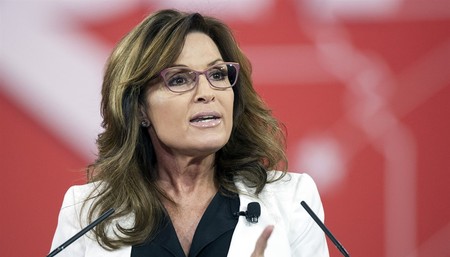