Any human communications can be tricky, polluted by bias, expectations, assumptions, many things. Nowhere are such communications more delicate — or important — than between media and political leaders in a free society, in this case the Trump White House and the press corps assigned there to gather and deliver accurate news to Americans.

Chief of Staff John Kelly gave his first news briefing Thursday, a refreshingly genial, candid and succinct appearance for the Trump White House. As you might expect of a Marine general who worked his way up from enlisted man. We wrote about Kelly’s debut appearance earlier here.

But we wanted to break out one telling Kelly exchange with a reporter that illustrates a serious danger buried within journalistic shorthand that helps shape the negative presumptions permeating coverage of this president.

Here’s the opening exchange with Kelly:

Q: Let’s go to one of the hard things that is facing you right now, the situation in Puerto Rico. And since you’re here to speak for the President, let’s talk about his tweet this morning. Does President Trump believe that the people of Puerto Rico are American citizens —

Q — who deserve the same access to federal aid as people who live in Texas and Florida?

There Kelly shows his experience with media, not answering what he thinks might be the tweet in a loaded question.

Q The tweet where he says that we can’t be in Puerto Rico forever.

That is not what the president said. Here’s the actual Trump text:

We cannot keep FEMA, the Military & the First Responders, who have been amazing (under the most difficult circumstances) in P.R. forever!

This tweet prompted numerous news organizations to pounce, using headlines such as: “Donald Trump Tweets Threat to Walk Away from Puerto Rico Recovery.” Trump may be known for blunt peremptory tweets or threats. And that headline may reflect the kind of peremptory message many journalists expect from Trump, whom they dislike intensely.

But it’s simply not what the president said. Fake news, intentional or not, that’s an inaccurate, unprofessional description of the president’s statement. Anyone reading the headline would have their mind pre-set for the story or simply go away misinformed.

GENERAL KELLY: I think he said the U.S. military and FEMA can’t be there forever. Right?

Q He did. Yes. First responders, FEMA and the military.

GENERAL KELLY: First responders. The minute you go anywhere as a first responder — and this would apply, certainly, to the military — you are trying very hard, working very hard to work yourself out of a job.

There will be a period in which — we hope sooner rather than later — to where the U.S. military and FEMA, generally speaking, can withdraw because then the government and the people of Puerto Rico are recovering sufficiently to start the process of rebuilding.

I just got off the phone — I’ve talked to him many times — with the governor of Puerto Rico. Great relationship. The President deals with him periodically. We saw him when we were down there last week.

So this country, our country will stand with those American citizens in Puerto Rico until the job is done. But the tweet about FEMA and DOD — read: military — is exactly accurate. They’re not going to be there forever, and the whole point is to start to work yourself out of a job and then transition to the rebuilding process.

Just something to keep in mind to avoid being mislead as you consume news from the political press corps in the nation’s capital. 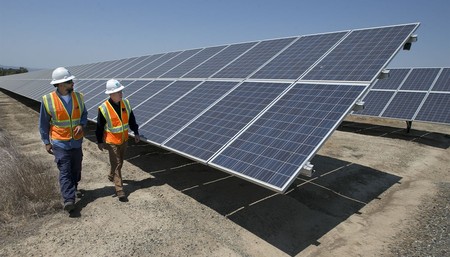