About that video of Obama encouraging illegal immigrants to vote...

Several sites have posted a video of a segment from Neil Cavuto’s Fox Business program that appears to show President Barack Obama saying there would be no repercussions if illegal immigrants voted in Tuesday’s presidential election.

Here’s the video of the segment with Cavuto’s reaction. (We’ll get to the full transcript in a moment)

CAVUTO: I cant believe I heard what I heard.   It’s very clear the question is about illegals who may vote and afraid they might be reported to border security. You’re illegal, you cannot vote. And the President of the United States is saying ‘don’t worry no one will be spying on you or catching you.’

It’s a bizarre little video for a couple reasons. First it’s not a direct lift from the show, it’s a guy taking a video of his television with his smartphone.  Secondly, you can hear the guy breathing really heavy in the background so you get the feeling Darth Vader is going to sneak up on you at any moment.

This video has been posted on Drudge and various other sites expressing understandable displeasure over the appearance of the President of the United States giving illegal immigrants a pass for illegally voting. However, the quality of the video (especially that creepy heavy breathing) inspired a more extensive search for the original content that would rise to the Hot Air standard.

This also allowed a more detailed viewing of the entire exchange and provides a bit more context for President Obama appearing to encourage illegal immigrants to vote.

So, was the video doctored or did the President really come right out and tell illegal immigrants there would be no consequences if they voted in this week’s election? The answer is not quite cut and dry. Reading the transcript of the exchange sort of helps us get to the full truth on this one.

After an extensive search, the original content was found. It’s an interview between POTUS and Gina Rodriquez ( an actress and rapper) for a web channel called “Mitu” which is supposed to target millennial Latinos.

First, here’s the video with the relevant exchange occurring between 3:22 and 4:40:

Here is the transcript of the portion of this video pertaining to illegal immigrants voting. The part in bold is what was included on the Cavuto segment:

RODRIGUEZ: Many of the millennials, Dreamers, undocumented citizens — and I call them citizens because they contribute to this country — are fearful of voting. So if I vote, will immigration know where I live? Will they come for my family and deport us?

OBAMA: Not true. And the reason is, first of all, when you vote, you are a citizen yourself. And there is not a situation where the voting rolls somehow are transferred over and people start investigating, et cetera. The sanctity of the vote is strictly confidential in terms of who you voted for. If you have a family member who maybe is undocumented, then you have an even greater reason to vote.

RODRIGUEZ: This has been a huge fear presented especially during this election.

OBAMA: And the reason that fear is promoted is because they don’t want people voting. People are discouraged from voting and part of what is important for Latino citizens is to make your voice heard, because you’re not just speaking for yourself. You’re speaking for family members, friends, classmates of yours in school…

OBAMA: … who may not have a voice. Who can’t legally vote. But they’re counting on you to make sure that you have the courage to make your voice heard.

The original problem with this entire exchange begins with the horrible question posed by “actress and rapper” Rodriquez. Let’s break it down for a moment:

Many of the millennials, Dreamers, undocumented citizens — and I call them citizens because they contribute to this country — are fearful of voting. So if I vote, will immigration know where I live? Will they come for my family and deport us?

The question begins by identifying “Dreamers” and undocumented millennials (Rodriguez calls them “Illegal citizens”) as the subject of her question about the repercussions if illegal immigrants are caught voting. She then immediately switches to first person and asks “So if I vote, will immigration know where I live? Will they come for my family and deport us?”

Obama’s answer (if given the most generous benefit of the doubt one can provide) appears to be directed toward the latter half of Rodriguez’ convoluted question rather than the very clear set up. He could appear to be addressing Rodriguez (a citizen) who asked directly about her vote (“So if I vote…”) rather than from the perspective of an illegal immigrant.

Within Obama’s answer, he appears to be addressing Rodriguez directly. “First of all, when you vote, you are a citizen yourself…”  He goes on to elaborate later in his answer (the portion not included in Cavuto’s broadcast.)  “because you’re not just speaking for yourself. You’re speaking for family members, friends, classmates of yours in school… who may not have a voice. Who can’t legally vote.”

However, the question and answer exchange is so convoluted and mis-handled that at first glance (and even my second viewing) I believed the President was telling Ms. Rodriguez there would be no legal repercussions (let alone any kind of investigation) into illegal immigrants voting in this election. It took a third viewing along with a full breakdown of the transcript before I understood what was really going on here.

Given the fact that this entire interview was premised on the conceit that President Obama was going to help Ms. Rodriguez “debunk many of the myths that have plagued us this election,” it would have been nice for the president to be extremely clear on his answer to this question.

He should have said, “First, let me be extremely clear on this point: If you are not a citizen, you can not vote. If you do vote, yes, you will be prosecuted because you are breaking the law.”

He then could have gone on and discussed the importance of Latino citizens voting because their family members might not have the vote… or whatever bromides he wanted to trot out. But the specific response to the question of non-citizens voting should have been clear and unambiguous and it was not.

And with all this discussion of the illegality of non-citizens voting, let’s not forget that the phenomenon of non-citizens registered to vote and actually casting ballots is a very real problem and could very well make the difference in a state like Virginia.

Former Department of Justice official J. Christian Adams has revealed in a recent study that non-citizens are all over the voter registration rolls in the Old Dominion and could easily make the difference in this election.

So today we learn that in the key swing state of Virginia, voter registration rolls have been polluted with an excess of a thousand aliens, and most certainly far more.  This detailed study by the Public Interest Legal Foundation (which I assisted on) documents more than one thousand aliens on the voter rolls. It provides the government documents with the names.

Here’s the most frightening part: the sample is only eight Virginia counties and doesn’t include the behemoths of Arlington and Fairfax Counties. I’ll get to why that information is being concealed by election officials in a moment below.

Last week I interviewed Adams on WMAL in Washington DC. Listen to his report and then ask yourself: “Why didn’t President Obama clearly and unambiguously condemn even the notion of non-citizens voting in this election?” 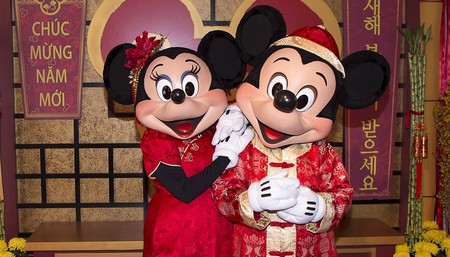