Will Texas Democrats flee the state again rather than vote on election integrity reforms?

The first of two special sessions in the Texas Legislature is now underway. The hot button issue most discussed on cable news shows and in social media is election integrity. Texas Republican lawmakers are working to establish that elections are conducted in a free and legal manner while Texas Democrats want to keep in place provisions allowed during the pandemic.

The special session convened on July 8. The regular session ended in a mess. Democrats walked out in order to ensure that there would not be a quorum. Election integrity legislation was not voted on, along with some other items. Governor Abbott cut off funding for legislators and their staff. Democrats sued Abbott over that. Then the cowardly Democrats who fled rather than do their jobs and vote were rewarded with a visit with Kamala in Washington, D.C. Now the option of doing it all over again is being discussed by Texas Democrats.

Votes to advance two bills were taken over the weekend that addresses voting law reform. Hours of testimony from Texans took place before that happened. House Bill 3 and Senate Bill 1 were filed and do not include some of the controversial items from the bills from the last session. Of special concern with Democrats was the Sunday voting hours and allowing election workers to overturn election results if there are allegations of voter fraud. Those provisions have been removed.

The Texas bills include new identification requirements for people voting by mail and prohibit local election officials from sending vote-by-mail applications to someone who hasn’t requested one.

They also ban drive-through voting and extended hours during early voting. Republicans in the state argue that these innovations — which were mostly used by Houston officials during the pandemic — opened the door to voter fraud.

Drive-in voting and 24-hour voting were used in the Houston area due to the pandemic. The local county clerk took advantage of the fears of voters who didn’t want to be in a polling location with crowds of voters. These provisions weren’t in state law, though, and must be voted on to be part of election reform. Republicans say that the expanded measures for voting open up the process to voter fraud. The new law will prohibit ballot harvesting and strengthen precautions for mail-in voting. Sending mail-in applications for ballots to every registered voter in a county will not be allowed, as the Harris County clerk tried to do in 2020.

Democrats are framing this as voter suppression and the return of Jim Crow. It’s gaslighting at its most partisan but that is how the media willingly describes the legislation and that of voting law reforms in other Republican-led states. The bills could be voted on by the full chamber this week.

Nearly 300 people signed up to testify on the legislation in hearings that began Saturday but stretched into the early Sunday morning hours, but many went home before they were called up to speak before lawmakers. In the House, the vast majority of Texans who registered a position on the bill — 407 of 484 members of the public —were in opposition, according to the committee’s registration figures.

A repeat of the regular legislative session, many of the arguments were familiar in the marathon hearings. Democrats, civil rights groups and voting rights advocates echoed each another in their concerns that the legislation would harm access to voting, particularly for marginalized voters, while Republicans pitched their voting bills as part of an effort to bolster the security of Texas elections.

As to be expected in these hyper-partisan times, Democrats frame election reform one way while Republicans frame it differently.

“We’re going to make it harder for communities of color, for individuals with disabilities, for individuals where English isn’t their primary language, and for seniors to vote and to have access to the ballot box, even though the elections were a resounding success,” state Rep. John Bucy, D-Austin. “When I think about legislation I’m going to file, [I consider] what problem in this state do I want to solve, so I’m trying to figure out what problem is this bill trying to solve.”

State Sen. Bryan Hughes, the Mineola Republican authoring the Senate legislation, lamented that debate over the bill had become “bitterly partisan,” but Republicans’ framing of the legislation has largely aligned with the GOP’s nationwide response to former President Donald Trump’s false claims of widespread voting irregularities. Texas Republicans have been steadfast in pushing what they deem as “election integrity” measures even though there is no evidence of widespread voter fraud and state officials described the 2020 election as “smooth and secure.”

Republicans rightly point to blue states like Delaware, home of Joe Biden, as examples of less access to early voting and other provisions that red states like Texas already allow. As a matter of fact, Delaware does not allow any early voting at all. Where’s the outrage? The fact is that Democrats control Congress and the White House now and want to federalize elections and create a permanent Democrat majority. States make election law, though, and local officials run elections. Crying wolf about a return to the days of Jim Crow shows a real lack of understanding of the meaning of Jim Crow. The whole country has moved forward from those days and its the worst kind of race-baiting to say otherwise.

If Texas Democrats decide to flee again instead of keeping a quorum and voting, Governor Abbott can call another special session. He is already on record as likely to do that anyway. The second special session will address re-districting and how to distribute federal pandemic relief funding for the state. This special session can last up to 30 days. If Democrats are sincere in their objections they should stay and fight with procedural measures instead of acting like cowards unable to face a fight. 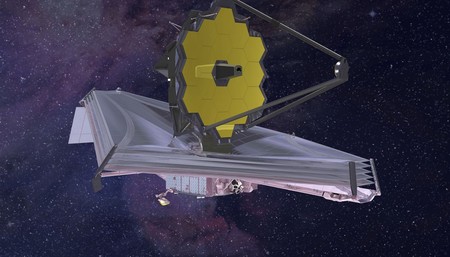 Environmentalists don't seem to care about golden eagles when it comes to wind power
Jazz Shaw Aug 17, 2022 9:01 AM ET

Is It Panic Time for Senate Republicans?
Townhall
Blue-checked Biden alumna predicts that GOPers will regret Liz Cheney's defeat as much as they do Merrick Garland's blocked SCOTUS nom
Twitchy
Liz Cheney Was Not the Only One Defeated Yesterday
Redstate
The Morning Briefing: Liz Cheney's Concession Speech Was a Mentally Ill Cry for Help
PJ Media