County CEO: Turn in your friends and neighbors, okay? Save lives.

Harris County Texas CEO, County Judge Lina Hidalgo, embraces authoritarianism like a duck takes to water. That is the takeaway many Houstonians and residents of Harris County have of her behavior during the coronavirus pandemic. Her far-left liberal credentials became apparent from the beginning after she won the election in 2018.

This morning the latest example of the judge’s overreach was posted on Twitter. She asks people to go ahead and turn in on any business that isn’t following Governor Abbott’s guidance on operating during the pandemic. “Help us save lives.”

See a restaurant at full capacity? Businesses open that shouldn’t be? Help us save lives. If you see violations of Governor Abbott’s order, please report them at:
➡️https://t.co/mOaXNNI1by⬅️

Oh boy. I know she’s young (29 years old) and this is her first elected office but surely there is someone who could have suggested a different type of tweet to get the message across on the importance of everyone continuing to practice social distancing.

In March Hidalgo issued a countywide stay at home order. Harris County is the nation’s third-largest county so that was no small order. Houston is the largest city in Texas. Overnight the economy screeched to a halt, the same as experienced in other places around the United States. By April 22 she issued an order mandating the wearing of masks. The longer the pandemic goes, the more invasive she gets into the everyday lives of Texans in Harris County. It’s not going particularly well for her.

Governor Abbott’s handling of the coronavirus pandemic in Texas is with less authoritarianism, more calls for personal responsibility. That’s the difference in liberals and conservatives, isn’t it? He told Texans to stay at home to flatten the curve but didn’t issue a formal stay at home executive order in as many words. It was the same for the other social distancing guidelines. Now Texas is under the guidelines set in motion by the governor’s coronavirus task force working to get Texas back to work. Phase One overrode Hidalgo’s mask mandate. Most people know to wear masks when the need arises and do so on their own. The same holds true with businesses opening. Phase One doesn’t allow bars, gyms, barbershops, hair salons, or nail salons to reopen. Those businesses will be covered in Phase Two. Hidalgo is concerned that too many people will return to eating inside restaurants, apparently.

I’m old enough to remember when Valerie Jarrett asked social media users to tattle on others who criticized Obamacare before it became law. She told everyone to turn them in and gave out a website URL to do so. Lina Hidalgo is cut from the same cloth. If you look at her Twitter bio you will see she describes herself as a “progressive”. I guess government control of the lives of its citizens is progress to the far left. The Founding Fathers had other ideas, though.

Ms. Hidalgo caused shockwaves last week when she agreed with a Harris County Commissioner’s motion to commit $15M of taxpayer money to provide grants to people not covered by the CARE Act – like illegal immigrants. It’s a “pandemic relief fund”.

The fund, proposed by Precinct 1 Commissioner Rodney Ellis, aims to assist residents who are ineligible for federal aid through the CARES Act or for whom the $1,200 stimulus payments are insufficient.

“I think you can feel the pain of people hurting,” Ellis said. “I also want to make sure … we are sensitive to our small businesses, but also those people who have to go catch the early bus to go wash dishes and bus tables.”

The Greater Houston Community Foundation and United Way will manage the program, which will provide one-time payments directly to residents to cover essential expenses, including food, utilities and housing.

It is estimated that there are about 500,000 illegal immigrants in Harris County. Once applications become available, all they have to do is go online and request the money. What could possibly go wrong? If they have a total household income below 70 percent of the federal Area Median Income benchmark, they qualify. In Houston, that is about $53,400 for a family of four. If they qualify for a federal public assistance program, such as SNAP, WIC or Medicaid, they will qualify for a grant. Does anyone really believe that this “one-time payment” will end up as a one-time payment? Not me. Once the government gives, it rarely takes back.

Democrats are hellbent on keeping Harris County and Houston closed for business. This morning I watched Rep.Sheila Jackson Lee declare that no state should be reopening right now, not just Texas. She wants testing, testing, testing before anything else happens.

Do you know who appreciates Hidalgo’s form of authoritarianism? Beto O’Rourke. You may remember he’s the one who said while running for president, that he’s all for law enforcement going door to door to confiscate firearms.

“To have Judge Hidalgo take strong, decisive action in the face of this pandemic; some people are going to be upset,” O’Rourke said. “But for the vast majority of us — I’m not talking as a Democrat, but as a Texan — it’s really exciting to see that kind of leadership.”

She seems to have learned a bit about the governor’s final authority over her own after his Phase One order overrode her own mandates. She carefully signed what is being called a fourth step to the county’s mitigation plan last week. It focuses on expanded testing, contact tracing, and treatment options.

The mitigation plan announced earlier this week calls for expanding testing, contact tracing and treatment options. The fourth step announced Friday, what Hidalgo called the fourth “T”, is teamwork from residents to continue practice social distancing, wear face coverings and to remain vigilant of the virus, despite Gov. Greg Abbott’s decision to lift the stay-at-home order and reopen some businesses.

“We can’t ignore what is right around the corner,” Hidalgo said of a possible resurgence of the virus. “Some see today as a day of celebration…my message to them is not so fast.”

I want our economy and society open YESTERDAY. But now is not the time to let down our guard. Our mission has not been accomplished. Help us get to the finish line by doing your part.https://t.co/scA0BqGpoP

Hidalgo’s idea of “teamwork” is a little different than that of others. We’ll see how well her encouragement to rat out fellow Texans goes in the county. 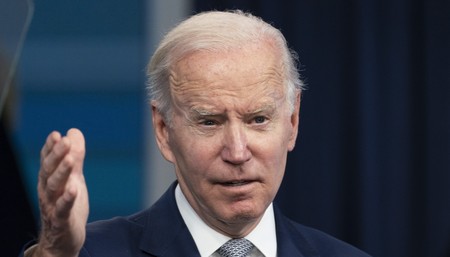 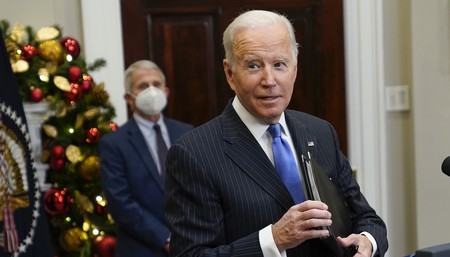 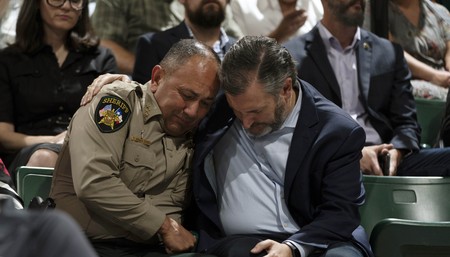