J.K. Rowling, the wildly successful author of Harry Potter books is under fire on social media for posting a tweet in support of science. A tax expert at a think tank in London was fired for tweeting that transgender women can’t change their biological sex. Rowling tweeted in support of her. The horror. The immediate reaction of the cancel culture mob on Twitter was intense.

Forstater is a tax expert at the Centre for Global Development, and her employer decided not to renew her contract after they found “offensive and exclusionary” language about transgender people in her tweets, including saying that “men cannot change into women” and that discrimination against transgender women can “hurt mens feelings.”

She filed a complaint against her employer, saying that her transphobia is a protected characteristic under the U.K.’s Equality Act.

A judge yesterday ruled that being transphobic is not a protected class and that her anti-transgender viewpoint “creates an intimidating, hostile, degrading, humiliating or offensive environment” that is “not worthy of respect in a democratic society,” so her employer had a right to let her go.

Rowling’s tweet was essentially a live and let live kind of sentiment with a scientific fact at the end of it.

Dress however you please.
Call yourself whatever you like.
Sleep with any consenting adult who’ll have you.
Live your best life in peace and security.
But force women out of their jobs for stating that sex is real? #IStandWithMaya #ThisIsNotADrill

The Equality Act covers age, disability, gender reassignment, race, religion or belief, sex, sexual orientation, marriage, and civil partnership and pregnancy and maternity. These are now called `protected characteristics´. Forstater, therefore, argued that her speech (her tweet) was a protected characteristic. The judge saw her tweet as transphobic.

The outrage mob on Twitter is calling Rowling a “TERF,” a slur short for “trans-exclusionary radical feminist” that is used to describe self-identifying feminists who don’t believe trans women are women. That is a term I was unfamiliar with – there seems to be a new one popping up every week. It’s hard to keep up. It isn’t the first time she has come under fire for what has been perceived as transphobic statements. Back in March 2018 Rowling was heavily criticized for hitting the ‘like’ button on Twitter. It had to do with “men in dresses” in reference to members of parliament.

The tweet in question was meant to highlight the struggles women have long endured in parliament, but its reference to “men in dresses” was interpreted by some to be offensive to trans women.

“I was shouted at by men at my first Labour Party meeting aged 18 because I asked them to remove a Page 3 calendar,” wrote Twitter user Rachel in the favorited tweet. “I’ve been told to toughen up, be louder, stronger, independent. I’ve often not felt supported. Men in dresses get brocialist solidarity I never had. That’s misogyny.”

Rowling got out of that through her spokesperson. Rowling, it was said, accidentally liked the tweet. It was a mistake.

Neither Rowling nor Ms. Forstater are conservatives; both are liberal feminists. The left is eating its own here. Forstater’s point is that the transgendered community ends up to the detriment of biological women. Look at what transgendered athletes are doing to women’s sports, for example. A person’s body can be surgically altered to physically present as the opposite sex but basic genetics are still there. A transgender woman is physically stronger and faster than a biological woman. Liberals like to mock conservatives over science yet on this topic, feelings overrule scientific fact. We must not speak truthfully about the fact that there are only two sexes as it may hurt someone’s feelings. A very small minority is dictating to the thoughts of the vast majority of people.

Forstater’s contract with the CGD was not renewed because of her tweet. The politically correct employment judge is willing to put the minority over the majority to spare feelings. It is deemed unacceptable to say “men cannot change into women”.

Forstater, 45, a tax expert, was a visiting fellow at the Centre for Global Development (CGD), an international thinktank that campaigns against poverty and inequality. Her contract at the charitable organisation, which is based in Washington and London, was not renewed in March after a dispute over publicising her views on social media.

She was accused of using “offensive and exclusionary” language in tweets opposing government proposals to reform the Gender Recognition Act to allow people to self-identify as the opposite sex.

It’s refreshing for a pop culture favorite to stand up to the outrage mob and speak about a basic truth – men and women are different. Surgery doesn’t change that fact. A transgender woman will never have the reproductive organs of biological women. The same is true of transgender men and biological men. Altering outward appearances may help a transgender person’s mental state but it is a drastic act that liberals are trying desperately to normalize in general society. It is completely reasonable for J.K. Rowling to speak up and support a woman’s right to state a scientific fact without fear of losing her employment over it.

Harry Potter fans were split over the kerfuffle.

My daughter, who is trans, is a big fan of yours. It breaks my heart to see you post something indicating that discrimination against her is perfectly fine behaviour for an employee.

A supporter of Rowling, who is transgendered, tweeted a response:

.@jk_rowling knows that magic belongs in works of fiction.

Sadly, too many people have bought into the idea that magic is real & we really can change our sex. It's caused all sorts of problems for society, and trans people in particular. We need better. Please join my campaign.

We’ll know soon enough if Rowling stands by her burst of honesty or if she caves to the outrage mob, as she did in 2018. 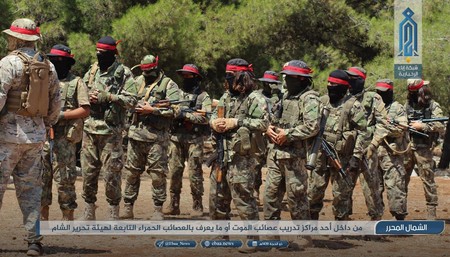 Did AOC Break the Law with Her Met Gala Stunt?
Townhall
AOC says 'they' want to trick you into thinking Democrats are referring to doctors and lawyers when they say 'rich'
Twitchy
The Gaslighting Begins After Mark Milley's Treasonous Actions Are Revealed
Redstate
Treason? Resignation Calls Follow Report of General Milley's Secret Calls to China
PJ Media