Comedian Dave Chappelle has a new comedy special on Netflix. I haven’t seen it yet but Chappelle is getting some negative reactions from progressives who don’t find his calling out “cancel culture” very funny. Here’s a sample which does contain some NSFW language:

Reason’s Robby Soave says Chappelle also takes on a lot of other subjects which the left doesn’t think should be the butt of jokes:

I don’t expect cancel culture to die off anytime soon, but if it does, it will be because Dave Chappelle shot it to death with the 12-gauge shotgun he was apparently saving for heroin-addicted white people trespassing on his property…

Chappelle humorously critiques school mass shooting drills, Jussie Smollett, the excesses of the #MeToo movement, and LGBTQ activists—or “the alphabet people” as he calls them—for thinking they should be immune from mockery.

Meanwhile, Vice is recommending that people skip the special because Chappelle is making the wrong kind of jokes:

Fans quickly realized that, if you watch until the very end, the special has a secret epilogue called “The Punchline,” where Chappelle answers questions from audience members who went to his separate Dave Chappelle on Broadway stand-up show last July. The special takes the comic’s anti-wokeness schtick to a new level, and the whole thing is repetitive and exhausting enough that it’s a slog to even make it to the Q&A.

Chappelle has always been a daredevil comedian willing to take a controversial stance or downplay a serious controversy for laughs, including his early-2000s skits about R. Kelly’s court trials on Chappelle’s Show. But now he chooses to blatantly ignore the historic criticism against his style of comedy and new loud-and-clear criticism from the trans community. His approach comes off like a defiant rejection of change at any cost. As he keeps going down this path, drawing attention to the worst aspects of his important career, the biggest cost will be tarnishing his own legacy.

Vice seems to be trying hard to prove Chappelle’s point in that opening joke above. As many other top comics have noted in the past few years, comedy has become just another battleground for the PC word police. Here’s a comedy writer saying he won’t watch any of Chappelle’s “borderline conservative” comedy:

On the other hand, there’s another way to take the far-left lashing out at comedians:

If @vice is offended by Dave Chappelle’s Netflix special then you know at least one thing is true:

For the record, Chappelle has expressed some support for Colin Kaepernick (they both received an award from Harvard last year) and has mocked people upset about him kneeling in his act. So the idea that he’s suddenly a secret conservative is, well, laughable. But as we’ve seen on college campuses across the country, if you say one thing that the far-left finds offensive you go from zero to Nazi in record time.

It always boils down to "He was always offensive, but he didn't offend groups I feel connected to before."https://t.co/CvmfS5SdrF pic.twitter.com/QJR978onXg

ONE OF DAVE CHAPPELLE'S OLD STANDUP CHARACTERS WAS A FOUL-MOUTHED CRACK-DEALING BABY pic.twitter.com/ndQ18yntzr

laugh along as a comedian skewers almost every possible subject offensively, clap along, write glowing profiles of him, and then, when he's mired in controversy, start combing through his new material – but only his new material – with a fine-tooth offense-comb. It's incoherent!

Philadelphia's story: Worse than waah-waah at the Wawa
Beege Welborn 8:41 PM on September 26, 2022 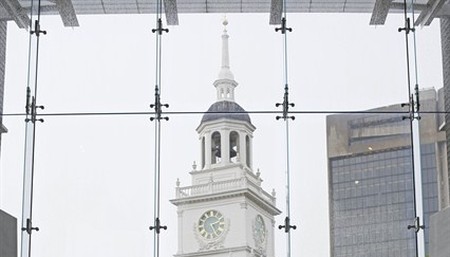 More trouble brewing for NOLA Mayor Cantrell as investigation is launched into nonprofit she founded
Karen Townsend 6:01 PM on September 26, 2022

Sen. Josh Hawley Wants to Know Why Pro-Lifers Are Held to an Unequal Standard by Biden's DOJ
Townhall
Tucker Carlson speaks at funeral for founder of the Hell's Angels and breaks Leftist brains
Twitchy
Brian Kemp Goes for the Jugular as Stacey Abrams' Campaign Continues Its Freefall
Redstate
Now the Commies Want to Abolish Your Kitchen
PJ Media