McClatchy: Mueller report says Cohen wasn't in Prague (but what about his phone?)

There have been plenty of inaccurate reports connected to the Trump collusion investigation over the past two years. Many of those were corrected or retracted relatively quickly but some of them have lingered. Last April, McClatchy reported that Mueller’s office had gathered evidence showing that Trump’s lawyer Michael Cohen traveled to Prague in 2016. Thursday, McClathy posted a follow-up in light of a clear statement in the Mueller report that Cohen was not in Prague in 2016. The news outlet suggests that maybe Cohen wasn’t there but his phone was:

The Mueller report states Cohen was not in Prague: “Cohen had never traveled to Prague and was not concerned about those allegations, which he believed were provably false,” the report says on page 139. That statement is part of a review of Cohen’s testimony to the investigators and is included in a section about what the Mueller team called Cohen’s “false statements to Congress minimizing the Trump Tower Moscow Project.”

The report was silent on the issue of a device linked to Cohen pinging from the Czech Republic, and whether the investigation was ever presented with such evidence…

“The Mueller report states Mr. Cohen was not in Prague. It makes no statement on whether the investigation ever had evidence that Mr. Cohen’s phone pinged in or near Prague, as McClatchy reported,” said Kristin Roberts, McClatchy’s East Region Editor.

McClatchy’s Dec. 2018 reporting was based on information from five individuals with foreign intelligence connections, who all requested anonymity because of the sensitivity of the information shared and concerns about sources and methods. Each obtained their information independently from each other. McClatchy stands by the reporting.

The original McClatchy report was big news at the time for several reasons. First, Cohen had denied every being in Prague so the story suggested he had been caught in a lie. Second, the Steele dossier claimed that Cohen had a clandestine meeting with “Kremlin representatives” at this Prague meeting. This meeting was considered a possible exhibit A for proof of collusion with Trump. And third, Cohen’s denial had been a major hit to the overall credibility of the Steele dossier. But if Cohen were lying then and the dossier’s account were proven accurate on this point, then it would gain credibility overall.

In December of 2018, months after its initial report, McClatchy had a follow-up stating that the evidence of Cohen’s travel to Prague was a ping to his phone:

A mobile phone traced to President Donald Trump’s former lawyer and “fixer” Michael Cohen briefly sent signals ricocheting off cell towers in the Prague area in late summer 2016, at the height of the presidential campaign, leaving an electronic record to support claims that Cohen met secretly there with Russian officials, four people with knowledge of the matter say.

During the same period of late August or early September, electronic eavesdropping by an Eastern European intelligence agency picked up a conversation among Russians, one of whom remarked that Cohen was in Prague, two people familiar with the incident said.

It sounds pretty damning but again Cohen wasn’t there. That 2nd paragraph actually raises some interesting questions. Why were Russians talking about Cohen in Prague if Cohen was never there? Were they fooled by the same cell phone ping? Or did McClatchy get taken in by multiple, unreliable sources, all of whom claimed to be independent? At this point, it seems settled that Cohen wasn’t in Prague, but the question of why anyone thought he was remains an interesting mystery.

Finally, here’s a reminder of what a big deal this story was thought to be last April: 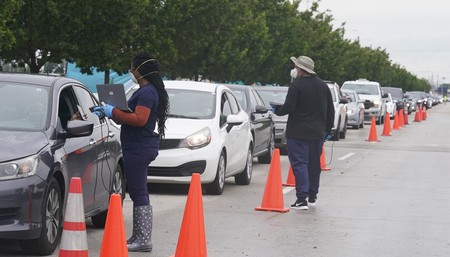