At the conclusion of Tuesday night’s show, Rachel Maddow attempted to read the lead of an Associated Press news story but wound up breaking into tears and giving up. Maddow later apologized and explained herself on Twitter:

If nothing else, it is my job to actually be able to speak while I'm on TV.

What I was trying to do — when I suddenly couldn't say/do anything — was read this lede:

Here’s the AP story she was trying to read:

The Trump administration has set up at least three “tender age” shelters to lock up babies and other young children who have been forcibly separated from their parents at the U.S.-Mexico border, The Associated Press has learned.

Doctors and lawyers who have visited the shelters in South Texas’ Rio Grande Valley said the facilities were fine, clean and safe, but the children — who have no idea where their parents are — were hysterical, crying and acting out . Many of them are under age 5, and some are so young they’ve not yet learned to talk.

Admittedly, that’s upsetting but it seems nearly everyone (except maybe Chuck Schumer) is now on board with some attempt to prevent those who claim asylum after being caught trying to cross the border from being separated from their children. As Ed noted earlier today, Paul Ryan is promising a vote on a bill tomorrow and President Trump is even talking about an executive order as a stop-gap measure. So, probably as soon as tomorrow, the question is going to be whether or not Democrats in the Senate want a fix or want an issue to run on this fall. My guess is they desperately want the latter but at this point, the firestorm over this issue is so great I don’t see how they could filibuster a bill.

Getting back to Maddow, maybe I missed it but I don’t remember her getting this upset about children being held in these same facilities back when there was a surge of children at the border in 2014. Maybe it’s just the mention of young kids which upset her so much? Maybe. But it’s hard to see so many on the left suddenly overrun with emotion (either tears or rage) and not wonder why they never felt this way prior to 2017 about scenes like this one below. Everyone seemed able to keep their emotions in check when a Democrat was President.

Anyway, here’s Maddow trying to get through the last minute of her show and finally giving up.

Update: A perfect example of the double standard I’m talking about. The angry outbursts and tears seem not to have been as prevalent during the Obama administration? 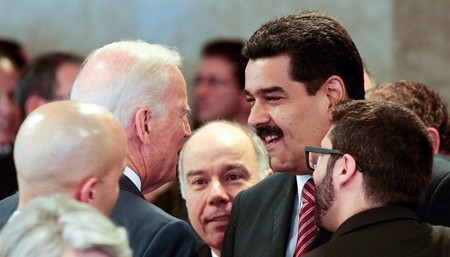 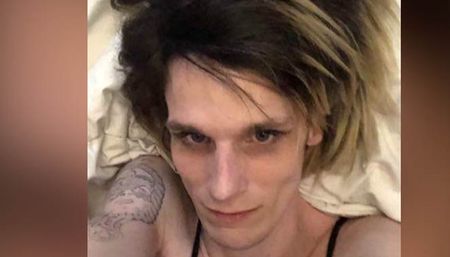