Peter Strzok was selected by John Brennan to help author the ICA, based partly on the Steele dossier

Real Clear Investigations has a story up today which sheds some light on Former CIA Director John Brennan and the January 2017 Intelligence Community Assessment (ICA) which he helped produce. Specifically, it reveals that Brennan’s claims that the dossier was not used in the creation of the ICA appear to be false. Also, Brennan hand-selected the authors of the assessment including anti-Trump partisan Peter Strzok. In case you’ve forgotten some of the details, the January 2017 ICA reached this conclusion about the goals of Russian interference in the 2016 election:

We assess Russian President Vladimir Putin ordered an influence campaign in 2016 aimed at the US presidential election. Russia’s goals were to undermine public faith in the US democratic process, denigrate Secretary Clinton, and harm her electability and potential presidency. We further assess Putin and the Russian Government developed a clear preference for President-elect Trump.

Today, Real Clear Investigations reveals that one of the sources used to reach that conclusion was the Steele dossier, something Brennan has repeatedly denied was the case.

In a March 5, 2018, letter to House Intelligence Committee Chairman Devin Nunes, Adm. Rogers informed the committee that a two-page summary of the dossier — described as “the Christopher Steele information” — was “added” as an “appendix to the ICA draft,” and that consideration of that appendix was “part of the overall ICA review/approval process.”

His skepticism of the dossier may explain why the NSA parted company with other intelligence agencies and cast doubt on one of its crucial conclusions: that Vladimir Putin personally ordered a cyberattack on Hillary Clinton’s campaign to help Donald Trump win the White House.

Rogers has testified that while he was sure the Russians wanted to hurt Clinton, he wasn’t as confident as CIA and FBI officials that their actions were designed to help Trump, explaining that such as assessment “didn’t have the same level of sourcing and the same level of multiple sources.”

There’s no way Brennan could have missed an appendix to the ICA, so why did he tell the House Intelligence Community the dossier was, “not in any way used as the basis for the intelligence community’s assessment?” The fact that he has become an outspoken anti-Trump presence on Twitter certainly doesn’t help his case that he was always acting as a non-partisan professional.

The story goes on to point out that when it came to the writing of the ICA, DNI James Clapper “limited input to a couple dozen chosen analysts from just three agencies — the CIA, NSA and FBI.” Why would he do that instead of letting all 17 intel agencies weigh in on it? Fred Fleitz a former CIA analyst who worked for the agency for 19 years believes Clapper wanted to skew the results:

Fleitz suggests that the Obama administration limited the number of players involved in the analysis to skew the results. He believes the process was “manipulated” to reach a “predetermined political conclusion” that the incoming Republican president was compromised by the Russians.

Adding to the sense that this might have been politicized, one of the authors of the ICA was anti-Trump (and pro-Hillary) partisan Peter Strzok, who was hand-picked for the job by fellow anti-Trump partisan Brennan.

A source close to the House investigation said Brennan himself selected the CIA and FBI analysts who worked on the ICA, and that they included former FBI counterespionage chief Peter Strzok.

“Strzok was the intermediary between Brennan and [former FBI Director James] Comey, and he was one of the authors of the ICA,” according to the source.

In case you’ve forgotten just how much Strzok disliked Trump. Here’s a brief sample (Note this is several conversations over a period of months).

Strzok – Just went to a southern Virginia Walmart. I could SMELL the Trump support…

Strzok – I am riled up. Trump is a f***ing idiot, is unable to provide a coherent answer.

There’s a lot more like that demonstrating that Strzok dislikes Trump (and likes Hillary). It’s enough to make you wonder how detached his own partisanship was when helping to craft that IC Assessment. After all, Robert Mueller saw those texts and concluded Strzok was too partisan to work on the Special Counsel investigation. Does that make him too partisan to craft the ICA?

Between the inclusion of material from the DNC-funded dossier, the selection of Peter Strzok as one of the authors, and the hand-selected agencies allowed to weigh in by Clapper, the ICA seems to have had plenty of opportunity for partisan massaging. That doesn’t automatically mean it’s conclusions about Putin’s intent are false. Personally, I think it’s clear Putin wanted to hurt Hillary’s campaign based on a grudge he held against her going back to 2011. But there’s certainly enough partisan smoke here to warrant a second look at the conclusions. 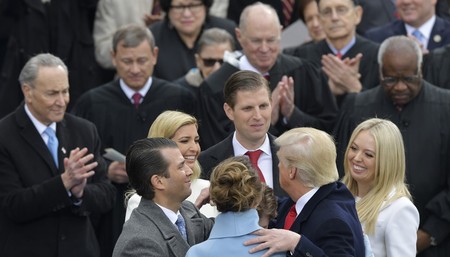 California all set to pony up reparations and...HOW much was that again?
Beege Welborn 8:11 PM on December 02, 2022

Liberal Reporter Has a Spot-on Take About How the Media Will React to the 'Twitter Files'
Townhall
BRAAAAAAAKKKK!: Parrots disguised as journalists attack Matt Taibbi for reporting news
Twitchy
Putin's War, Week 40. Winter Is Coming, and It Is Looking Like Finland in 1939
Redstate
When a Stupid Actor Mistakenly Agrees With a Brilliant Supreme Court Justice
PJ Media