The New York Times is in favor of diversity. Here’s a bit of an editorial the paper wrote about the GOP convention this summer:

The unrelenting whiteness of the Republican National Convention — perhaps the whitest in 100 years — is stunning in itself. Donald Trump has tried to mask its segregationist flavor by strategically featuring African-American speakers to colorize the hall and validate the pronouncements of white speakers like Rudolph Giuliani, the former New York mayor, who have ceaselessly lectured black people on criminality.

But it turns out “unrelenting whiteness” is a pretty good summary of the NY Times’ own staff which, as public editor Liz Spayd pointed out yesterday, is less diverse than Donald Trump’s cabinet:

ONLY two of the 20-plus reporters who covered the presidential campaign for The New York Times were black. None were Latino or Asian. That’s less diversity than you’ll find in Donald Trump’s cabinet thus far. Of The Times’s newly named White House team, all six are white, as is most everyone in the Washington bureau.

Traveling to other departments, Metro has only three Latinos among its 42 reporters, in a city with the second largest Hispanic population in the country. Sports has one Asian man, two Hispanics and no African-Americans among its 21 reporters, yet blacks are plentiful among the teams they cover and the audience they serve. In the Styles section, every writer is white, while American culture is anything but.

Spayd goes on to note just how often the Times criticizes other industries who fail to show enough diversity:

The Times can be relentless in questioning the diversity at other institutions; it has written about the white ranks of the technology sector, public schools, police departments, Oscar nominees, law firms, legislatures, the major leagues and the Ivy League. Fixing its own problems comes less easily.

If you read quickly over that paragraph you’ll be denying yourself the real flavor of the NY Times’ insistence on the importance of diversity. That first link isn’t a story per se but an infographic featuring faces of people in various industries divided by race. A sample: 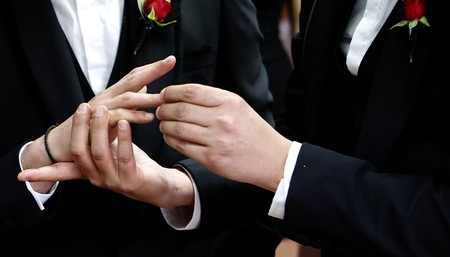