It’s been a long and contentious week so let’s close out the day on something positive. A mom in Texas decided to celebrate the anniversary of the day a local police officer saved her daughter’s life by hiring a professional photographer to capture their tea party reunion. Corporal Patrick Ray saved Bexley Norvell’s life last year when the girl choked on a coin. From CNN:

She called 911, and Ray was there within minutes.

“I could not believe how fast he got here,” Norvell said.

He was able to pry Bexley’s mouth open to perform a “finger sweep.” His body camera captured the moment she started breathing again.

“It was the most beautiful sound I’d ever heard in my entire life,” Ray told CNN affiliate KTVT.

Bexley’s mom said she decided to celebrate the day her daughter almost died because thanks to the quick response of Officer Ray, she still has her daughter. She chose to have the celebration professionally photographed for another reason. That reason was omitted from the CNN story, but CBSDFW reports:

With so much negativity directed at police, Norvell hopes her photographs show how she sees them.

“I want people to have an image of the sweeter side,” she says. 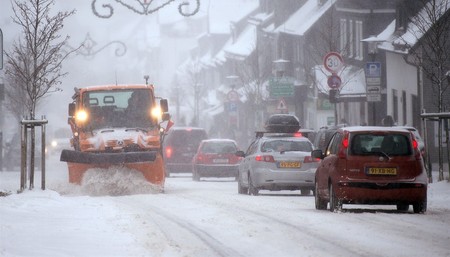 An Election Day Travesty in Arizona
Townhall
John Hayward's thread EXPOSES the elite's endgame with EVs and it's NOT about 'saving the planet'
Twitchy
Media Pounces on GOP After Inconvenient Truths About Hakeem Jeffries Are Pointed Out
Redstate
Swiss Prepare to Spend the Winter Bored, Cold, and Trapped at Home
PJ Media