If the latest medical study out of Israel is anywhere close to accurate, people may be looking at the vaccination campaign a bit differently. That would be particularly true of older people who are still considered among the most vulnerable to infection. In patients age 60 and over, a fourth booster shot was found to significantly improve immunity, but that protection faded rapidly after just four weeks. The good news is that hospitalizations and deaths were still significantly reduced for considerably longer. But the overall efficacy of the Pfizer vaccine in preventing infections entirely was well below what was measured following the initial two doses. This news comes after the United States already authorized a second booster shot for patients over the age of fifty and the FDA is meeting today to discuss additional boosters beyond that. (Reuters)

A fourth dose of the Pfizer/BioNTech vaccine lowered rates of COVID-19 among the elderly but the protection against infection appeared short-lived, a large study in Israel has found.

The second booster’s protection against infection dwindled after four weeks, Israeli researchers showed in their study published on Tuesday in the New England Journal of Medicine.

Protection against severe illness did not wane during the six weeks after the dose but more follow-up study was needed to evaluate its longer-term protection, the researchers said.

The majority of people in Israel who were infected had the Omicron BA.2 variant. That seems to be the dominant one these days, raising the question of whether or not the existing vaccines are keeping up with all of these mutations or if the virus is getting better at overcoming them.

This was the second study published in Isreal in the past month. The previous results offered some better news for seniors, showing that mortality rates from the virus were 78% lower among people with a second booster than among those who had only received one. Hospitalization rates were also markedly lower in those over the age of 60 who had gotten double boosters.

Today’s FDA meeting isn’t intended to discuss the current round of boosters, however. They are expected to be hearing from doctors who are modeling potential future variants of the virus and discussing how the vaccine strategy will need to change.

Every year we talk about flu season. Moving forward, it sounds more likely that we will be talking about flu and COVID season.

That is what the FDA is going to discuss today. A panel of experts is meeting starting at 8:30 a.m. EDT.

They are going to try to model out future waves of the virus, predict possible new variants and work on how best to match those predictions with a future vaccine.

Pharmaceutical companies do some “fine-tuning” of the flu vaccine every year because the flu continues to mutate just as fast as COVID seems to be doing. So it only makes sense that they would need to develop the same pattern for this disease. If it wasn’t already obvious to everyone, we are clearly not going to be able to drive the novel coronavirus to extinction. We’re going to have to learn to live with it just as we do with the seasonal flu. And sooner or later the next virus is going to come along. Let’s hope that we collectively learned something over the past two years and we can respond to that one in a more sane fashion than we did this time. 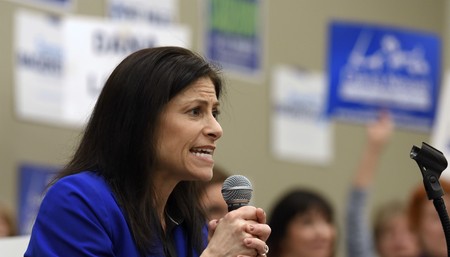