Democrats in Congress have made no secret of their desire to slip all sorts of tax hikes into the various massive legislative packages that have thus far (thankfully) remained bogged down in the Senate. They would like to see a significant increase in the gas tax to pay for the liberal wish list known as “infrastructure.” There’s also a continued push for a so-called “wealth tax” on people who are considered by the Dems’ socialist wing to have “too much money.” But one of the most controversial of these plans is the call to greatly expand the inheritance tax, more correctly known as the death tax. However, describing it as either an expansion or an increase isn’t accurate. The New York Post took a look at the plan this week and revealed that what they really want to do is create an entirely new category of taxation for the estates of the deceased, treating the transfer of assets to survivors as a capital gains event. And in the background, the existing estate taxes would remain in place. This will hit families in blue states like New York and California that are already heavily taxed with the prospect of some tax totals that are simply jaw-dropping.

There’s no escaping death and taxes — and under President Biden’s tax plan, the so-called “death tax” is poised to pack a wallop for New Yorkers.

A Biden spokesperson confirmed that the wealthiest people in blue states could be facing sky-high inheritance tax but noted, “The reform will be designed with protections so that family-owned businesses and farms will not have to pay taxes when given to heirs who continue to run the business.”

If, over the course of your life, you’ve managed to amass more than one million dollars in wealth that you would like to leave to your children or other beneficiaries, this new plan would do a lot more than simply put a large bite on those who survive you. The total value of your estate in New York would be slammed with a 39.6 percent capital gains rate. On top of that, the estate would have to pay the existing federal estate tax and the separate New York State estate tax.

After you add on the usual state and city taxes, the total adds up to a staggering 78.9 percent, virtually wiping out nearly everything you worked to save up to care for your family. Currently, the maximum amount your estate could be taxed in the Empire State is 49%, which is still far too high as it is.

For those of you who are thinking that this is “somebody else’s problem” because it only applies to the rich and famous, think again. If you’ve ever read Thomas Stanley’s 2010 bestseller, “The Millionaire Next Door,” you probably understand how this works. If you work throughout most of your life, put money away into any sort of retirement plans, and own your own home, you can break the millionaire barrier without too much trouble by the time you are in your sixties. No, not everyone in the middle class manages it, but this applies to a lot more people than you might think.

If you are fortunate enough to live for a very long time after you retire, you may burn through a fair bit of that wealth. But if you unfortunately only make it to somewhere around the national American average life expectancy, in your mid-70s or even late-60s, you could still be sitting on a tidy sum to help your family along. But nearly 80% of that wealth would evaporate under Biden’s new scheme.

So what would be the result of enacting such a plan? First of all, the exodus of even moderately successful people out of the higher-taxed blue states would probably accelerate, with people heading for states like Florida and Texas. Some may leave the country entirely if they no longer have to worry about continuing their careers. And anyone in Congress who voted for this gutting of the American dream could find themselves in a very uncomfortable position the next time an election rolls around.

Good luck figuring out the arguments in favor of a system of governmental robbery like this. Aside from envy and a desire to eat the rich or “redistribute” everything, there aren’t many. But one of the most compelling arguments against this capital gains concept is that we would be treating wealth held in individual estates the same as income. And all of that money and value has already been taxed. Every estate tax represents a case of double taxation on the same income via renaming the fingers coming to pick your pockets. Don’t let them get away with it. Estate taxes should be repealed, not effectively doubled. 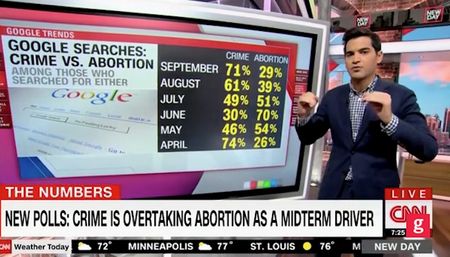 BREAKING: Biden Announces Mass Pardons
Townhall
Did the AP think they wouldn't get caught red-handed trying to push blatantly false narrative about Ron DeSantis' leadership?
Twitchy
Katie Hobbs a No-Show at Hispanic Town Hall, as the Podium Next to Kari Lake Was Left Empty
Redstate
Here's What Happened When a Concerned Mom Dressed Like Drag Queen at a School Board Meeting
PJ Media