DHS: China did more than just lie about the virus

The more we learn about the early stages of the novel coronavirus outbreak, the worse the Chinese Communist Party looks. Far from being innocent victims of Mother Nature, the CCP was reportedly plotting to maximize its own advantages at the expense of everyone else on the planet. At least that’s the upshot of the latest report from the Department of Homeland Security. Were the Chinese lying about the virus initially, or at least hiding critical information about it from the rest of the world? Of course they were. But it wasn’t just to avoid making themselves look bad, though that was a part of it. They were also using the delay to begin rapidly stockpiling vital medical supplies for their own use before there was a run on the market. (Associated Press)

U.S. officials believe China covered up the extent of the coronavirus outbreak — and how contagious the disease is — to stock up on medical supplies needed to respond to it, intelligence documents show.

Chinese leaders “intentionally concealed the severity” of the pandemic from the world in early January, according to a four-page Department of Homeland Security intelligence report dated May 1 and obtained by The Associated Press. The revelation comes as the Trump administration has intensified its criticism of China, with Secretary of State Mike Pompeo saying Sunday that that country was responsible for the spread of disease and must be held accountable.

Oddly, the DHS analysis starts off rather blatantly accusing the CCP of buying time to hoard surgical gowns, masks, gloves, ventilators and other supplies, but then throws a bit of doubt into the mix at the end. They conclude by saying there was “no public evidence to suggest it was an intentional plot to buy up the world’s medical supplies.” Wait… so you’re saying there’s no public evidence of them doing precisely what you just accused them of doing?

Instead, the report suggests that the delay in sharing all they knew about the virus may have been the result of “bureaucratic hurdles, tight controls on information, and officials hesitant to report bad news.” All three of those labels certainly seem to fit China like a glove, but that doesn’t mean that they weren’t taking advantage of the situation. The report also states that there is a “95% probability that China’s changes in imports and export behavior were not within the normal range.” That sounds like a lot more than simple bureaucratic hurdles.

The timeline now being provided makes it look pretty obvious that there was intentional deception taking place. China obviously knew that they had some sort of viral outbreak taking place in early December, if not sooner. But they first informed the WHO that there had been an “outbreak” on December 31st. They waited until January 3rd to tell the CDC. And it wasn’t until January 8th that they announced they had identified the contagion as a new type of coronavirus. All the while, they were ramping up their purchases of medical equipment.

Even if we assume that China is telling the truth about precisely when they learned that this was something new and a serious threat, it now appears that it was too late to do anything about it anyway, at least in terms of containment. People were being infected and flying back and forth from China to the United States well before Christmas. And as more and more data is being collected in the United States, it’s growing increasingly apparent that the bug was already in our country before we even knew there was a problem.

So what’s the takeaway from this development in the story? The same as it’s been for months now. We should be learning that the entire world – including the United States – has outsourced far too much control of the global supply chain to a country that can’t be trusted with that sort of power. The CCP is a bad actor on the world stage, and their benevolence only extends as far as the point where it’s no longer economically advantageous for them to work with others.

97 bucks per death: Cuomo in line to earn a cool $5 million from weak-selling memoir about his COVID "leadership" 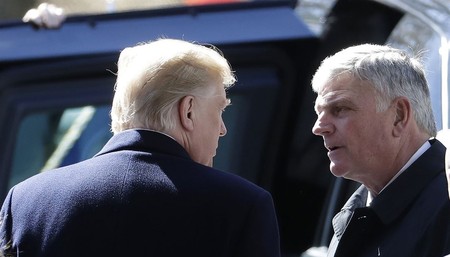 Fauci Finally Admits What We All Knew About the COVID Vaccine, Masks, and Infections
Townhall
Politico: Marco Rubio gets a big name Dem challenger for 2022 Senate race
Twitchy
Washington Post Frets That Iron Dome Means Not Enough Israeli Civilians Are Getting Killed for Hamas to Win
Redstate
This 9-0 SCOTUS Ruling on Guns Shows Just How Extreme (and Dangerous) the Biden Administration Really Is
PJ Media