While the decision is still technically hung up at the Supreme Court, DACA (Deferred Action for Childhood Arrivals) remains on track to come to an end. Absent some sort of comprehensive immigration bill making it through Congress, this seems to be a certainty at this point. This means that the previous protection from deportation afforded to program participants is also coming to a close and ICE has already begun the process of informing some of them that their cases are being reopened. Of course, most of this activity is still just in the paperwork stage right now, with no actual removals likely to take place until this summer at the earliest, assuming they are even prioritized for action at that time. (The Hill)

Zoila Pelayo, who has been a DACA participant since 2012, recently received notice that Immigration and Customs Enforcement (ICE) has sought reopening of her removal proceedings.

And this is just the beginning.

ICE has informed CNN that every DACA recipient whose deportation case was administratively closed can expect to see his or her proceeding reopened.

One repercussion that Barack Obama probably didn’ anticipate when he summoned the program into existence via the phone and the pen is the fact that the DACA registration system is now turning into an extremely effective deportation tool for ICE. By definition, anyone who accepted entry into the program verified that they were in the country unlawfully. That means that once the program shuts down, deportation hearings can be handled expeditiously unless the individual has obtained some other form of legal documentation (naturalization or a visa, etc.) in the intervening period.

Critics will likely point to one provision in the DACA agreement saying that information obtained during the application process will not be used to begin removal proceedings. (See question 10 in the DACA FAQ.) But as the linked report above points out, there is another provision in there that effectively negates that protection.

It reads, “this policy, which may be modified, superseded, or rescinded at any time without notice, is not intended to, does not, and may not be relied upon to create any right or benefit, substantive or procedural, enforceable by law by any party in any administrative, civil, or criminal matter.”

As I suggested above, there are two factors that will probably offer at least some temporary relief to DACA recipients as we move into 2020. The first is the fact that the Supreme Court already heard a challenge to the Trump administration’s ability to end the program. A decision isn’t expected until early summer. If the White House loses that challenge they will need to start the termination process over, providing a clearer explanation of why the program would end. Neil Gorsuch noted during the hearing that this could leave the program in limbo for another six years.

But even if Trump prevails and the program is officially ended, many of the participants probably won’t need to start packing their bags just yet. Just because someone is eligible for deportation doesn’t mean that ICE can immediately come knocking at their door. There is still a huge backlog of cases awaiting adjudication and final deportation orders. And ICE still prioritizes criminal illegal aliens ahead of all others. Most of the DACA recipients have kept their noses clean because any sort of arrest could get them dropped out of the program with a single court appearance.

With that in mind, even if they lose their temporary legal status, it could be a long time before they are finally sent back to their home countries. And that brings up their third option in terms of finding a glimmer of hope. DACA has never been the official law of the land. It was summoned up via a presidential executive order and is being terminated in the same fashion. If the Democrats manage to take back the White House in 2020 or even 2024 (*shudder*), the next liberal POTUS could bring the program back from the dead with the same stroke of a pen. 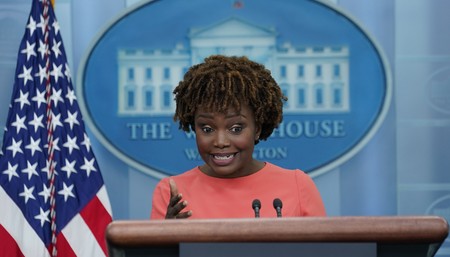