Liberals try to claim Florida shooter was "trained by the NRA"

Since the Florida school shooting happened in an election year, liberals have been working valiantly to somehow tie the National Rifle Association to the tragedy. This isn’t a new phenomenon, but some of them seemed to think they’d struck gold when they found out about a marksmanship program operated at the school which the shooter previously belonged to. It turns out that the program received a grant to partially fund it from the NRA, leading to some hot take headlines which are melting down laptop and phone screens today. These include, “Nikolas Cruz was reportedly on an NRA-funded rifle team in high school” along with “The Florida gunman’s classmates just revealed the NRA paid for his marksmanship training.” Perhaps my favorite was, “Florida Shooter Competed On NRA Marksmanship Team.”

And the tweets… oh, boy, were there tweets.

The NRA donated $10,000 to help train the Parkland shooting suspect to use a rifle https://t.co/pilyHhWS0q pic.twitter.com/tk0ZLwsCnh

That’s really amazing. What was the NRA doing hanging around at Marjory Stoneman Douglas High School? Well… it turns out they weren’t. Those headlines are a bit more overblown than the way the Associated Press describes the situation, which is at least a bit more honest. The “rifle team” in question was actually a marksmanship program. And it wasn’t run by the NRA, but by the Army Junior ROTC. And the “rifles” were air-powered pellet guns. They did, however, receive a grant to operate the program and purchase equipment.

The troubled teen authorities say killed 17 people at a Florida high school excelled in an air-rifle marksmanship program supported by a grant from the National Rifle Association Foundation, part of a multimillion-dollar effort by the gun group to support youth shooting clubs and other programs.

Nikolas Cruz, 19, was wearing a maroon shirt with the logo from the Army Junior Reserve Officer Training Corps program at Marjory Stoneman Douglas High School when he was arrested Wednesday shortly after the shooting. Former JROTC cadets told The Associated Press that Cruz was a member of the small varsity marksmanship team that trained together after class and traveled to other area schools to compete.

The honest description would have been to say that the Army was running a training program, but I suppose that doesn’t make for as good of a fundraising letter. Getting these programs off the ground isn’t cheap, however, so they accepted a grant from the NRA, just as hundreds of schools across thirty states do every year. The NRA also offers grants to local gun clubs, Boy Scout troops and churches. One of their educational outreach programs where they actually do go to schools is for safety training, where Eddie Eagle helps teach younger children to never touch guns without parental supervision and to “run away” from them to avoid danger.

At Marjory Stoneman Douglas they used the NRA funds to supplement the small amount of money the JROTC gets from the U.S. Army. They used the NRA grant to purchase things such as safety glasses and Kevlar curtains. And just to stress this again, they use air rifles, similar to the ones you see the Olympic athletes firing in the biathlon.

So this isn’t “an NRA program.” And the NRA didn’t “train the shooter.” But don’t let a little thing like facts stand in your way when you’re trying to do some fundraising. 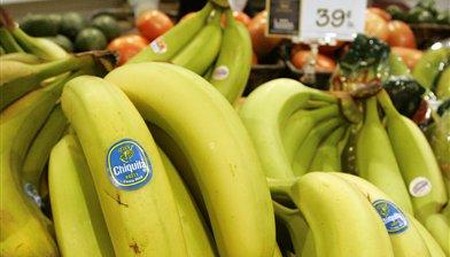